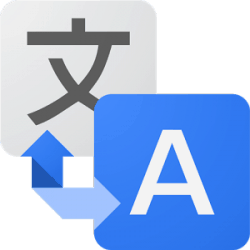 ready for a new round of stump the app?

Google rolled out a new version of the Google Translate app on Wednesday. The app now supports handwriting recognition for a geographically diverse group of  13 additional languages, including Arabic and Persian as well as Indian dialects like Gujarati, Kannada, Punjabi, Tamil and Telugu.

Continuing east,  the app also now recognizes Hmong and Cebuano. Bosnian, Maltese, Mongolian, and Somali round out the list.

The app supports 80 languages, but not all of them have an option for handwriting recognition (and speech recognition is similarly limited). I also can’t find any list of languages whose written characters are accepted, but I can add that you can find the app in Google Play.

This is great news for anyone who uses the languages listed above, but not so great news for me. My user experience with handwriting recognition can be summed up by the classic Doonesbury cartoon: