How to Install Custom Dictionaries on Your Kobo eReader 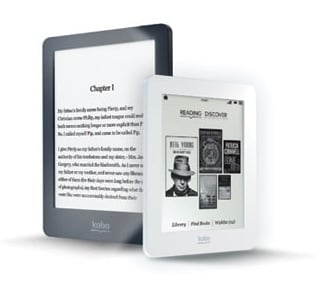 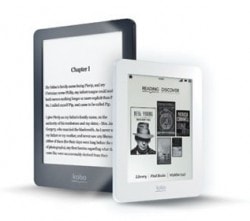 Kobo ships its ereaders with a half dozen dictionaries (including English, German, Italian, French, etc). That’s more than enough for this ebook lover, but if you need more options then I have two pieces of good news for you.

Kobo lets you sideload dictionaries – including the many dictionaries that users have been making for themselves for the past few years. (You can even make your own Kobo dictionary out of a StarDict file, although that is a lot more work.)

You might want to also want to go into the settings -> language menu and uninstall the dictionaries you won’t be using; this will force the new dictionary as the default.

If you’re reasonably tech savvy, the process is that simple. But for those who need more details, here’s the longer version.

If you can’t see the .kobo folder, your computer might be hiding them from you. The following links will explain how to reveal the hidden folders.

And you’re done. You can unplug your Kobo ereader from the USB cable now.

The ereader should recognize the dictionary automatically. (At least that is how it worked for me.) When you next look up a word, you should be able to select the dictionary you just installed and read its definition.

If you can’t find a dictionary for the language you read, you can roll your own. A blogger by the name of zalima has posted detailed instructions.

The act of making a Kobo dictionary from a Stardict file is simple, but the set up process is a bear. It requires a much higher level of technical skill than simply installing a dictionary, but it can be done.

That list of links to dictionaries was gathered by Alberto Pettarin, who has also been maintaining the list and updating it. He’s also the one who wrote penelope, the conversion script you can use to make your own Kobo dictionary. 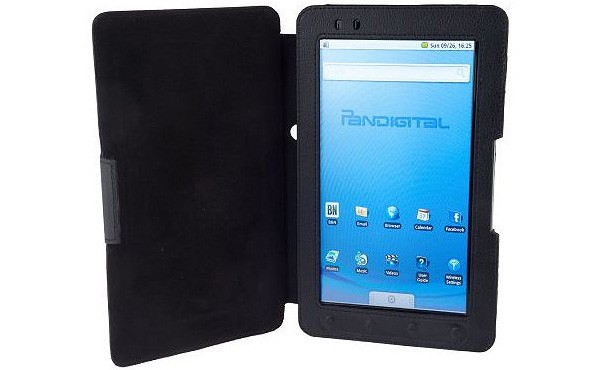 […] How to Install Custom Dictionaries on Your Kobo eReader (Ink, Bits & Pixels) […]

[…] readers challenge themselves with books in other languages. Usually they have to install a translation dictionary in order to catch the nuances, but there are other […]

The dictionaries don’t work in both directions? That I did not know.

Hmm. I’ll help you look for another source.

unfortunately the MR post listed the English->German dictionary as "German->English". I corrected it now.

I do not know about DE->EN dictionaries already in Kobo format. If you find one in e.g. StarDict format, you can convert it to the Kobo format with the Penelope Python script.

I asked Chalid for help. he runs the site you linked to, so he should be able to help.

Same as for Roman, followed directions for my Kobo Aura and the new dictionary doesn’t show up.

Yes I’d like to get the czech dictionary to work also….

Even if it is a bit of nuisance to use "Spanish" or another dictionary when in fact looking for a Czech word it worked . The other problem is, and that happened to me now, that when you update your KOBO ereader software KOBO will replace your "Spanish" dictionary by the real Spanish dictionary and you have to go through the whole procedure again

You had to _replace_ a dictionary?

I don’t think that is how it worked for me, but thanks for letting us know. I’ll try it myself and see what happens.

Yes, I had to replace one of the standard dictionaries. There was no other way – originally given instructions did not work for me

It worked for me as well with the Dutch-English!
It didn´t work with the originally given instructions but it works if I replace one of the standard dictionaries.
Thanks a lot!!

Glad to hear that

in fact the blog post referenced in this article gives direction using an earlier version of Penelope.

It would be better if you can update it, maybe linking to this section of the README of Penelope on GitHub, which describes how to copy the dictionary files to the Kobo eReader:

Hmm… I’ve followed the instructions above, putting the dictionary in the .kobo > .dict folder but my Kobo ONE does not see the dictionary (Russian-English). I’ve tried fiddling with it in a variety of ways but nothing seems to help. I presume it stays zipped, like the dictionaries that were already there. Any thoughts? Thanks!

Thanks, Roman! That was so helpful. I know do Dutch-English translation with my English-Turkish dictionary 🙂

Downloaded De-En dictionary, looks good! You need to overwrite the Kobo original dictionary, which is very poor from German to English.
Thank you so much!

The one in swedish is wrong. I can not tech enough to make one. Can someone help me?

I need the same!! Help please

hello
i uploaded three dictioanies from archive org german arabic.italian arabic.french arabic in zipjp2 but my kobo dont recongnize them not !!
i really need Help
and i am ignorant in programation
thank you

Strange. A year ago i tried to install a Russian dictionary in my old Kobo Glo and it didn’t work. The e-reader did not see the new dictionary. I tried everything i could find in this site and nothing. Then a week ago (June 2021) i tried again and, bingo, i have a working Russky-Eng dictionary in my Kobo. The only difference is that this time, right after inserting the dictionary into the Dict folder, i synchronized the e-reader with the Kobo desktop app for Windows. After that, the Russian dictionary was available to me. Thanks for this site.

Sounds good. Where did you get the dictionary file? Thank you. [email protected]