Late yesterday afternoon I was sending out some emails, trying to find out how my various contacts were responding to the news. One of the people I emailed was Mark Coker, the founder of Smashwords.

Smashwords will be holding to the fixed price model, and Mark offered a rather thought provoking reason as to why. Here’s what he told me yesterday:

We intend to vigorously defend agency as a superior pricing model that’s in the best long term interests of authors, readers, retailers and publishers.  As my data demonstrates, ebook prices are dropping.  If a publisher prices their book too high, let the marketplace punish that author.  Our 40,000 authors and publishers at Smashwords price their books just barely over $3.00, and they collectively publish nearly 15,000 ebooks priced at FREE.  Agency has been a godsend to our authors and publishers, and it forces our retailers to compete on customer experience rather than the depth of their balance sheets.

I will admit that this is a point that I had not considered, and to some degree Mark is correct. I can even give you an example which proves his point.

Consider the US airline industry. There was a point (before my time) where the ticket prices were regulated by the US federal government. The airlines could petition for an increase but they were by no means guaranteed one. As a result of the regulations, they all charged the same prices and the main way they competed was by offering the best customer experience, much like Mark says above.

The interesting point here is that for the past 2 years the US ebook market has been competing under much the same conditions.  While it was the publishers setting the price and not the government, the effect was the same as in the airline industry. eBookstores have been forced to compete on service, not price.

I’m not sure that was a very good idea. The thing is, blocking Amazon from competing on price doesn’t do anything to inhibit their services. And if there is anything that Amazon knows how to do, it’s get customers to like them. While the fixed price component of the agency model might have tied one of Amazon’s hands behind its back, the other hand is still free. And when it comes to the customer experience, Amazon has a mean left hook.

Amazon has a 60% share in the US market, according to the latest Bowker data. They’ve held this percentage since at least May 2011. If the goal of price fixing was to stop Amazon from dominating the market, it doesn’t seem to be working. What’s more, let’s look at how little of an effect the agency model has had on the UK ebook market. Amazon  is now estimated to have around 66% of that ebook market (Bowker). And agency was adopted in the UK specifically to stem the tide of Amazon.

We’re 806 days into agency in the US ebook market, and well over a year into it in the UK market. It is clear at this point that it has had only a marginal success in slowing down Amazon.

What good is it? 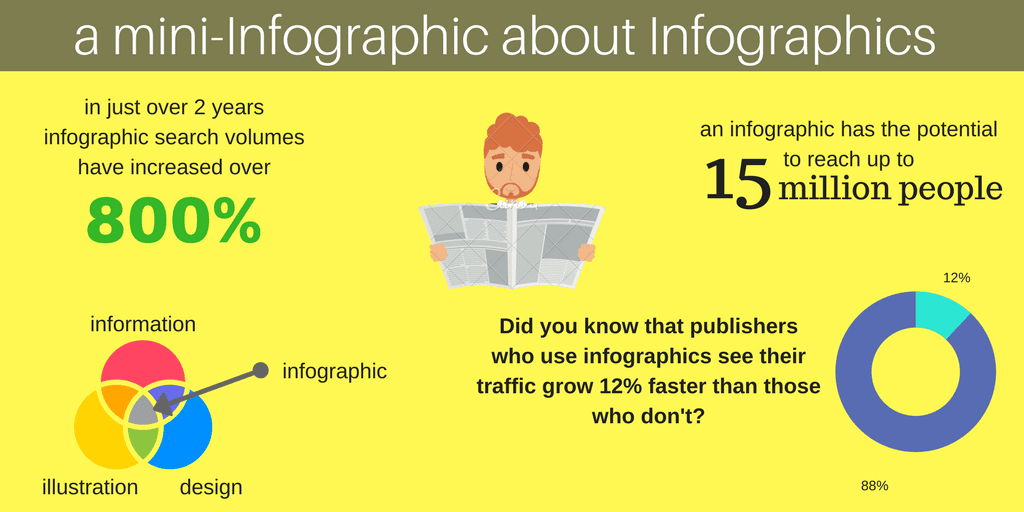 Making Your First Infographic Is Easier Than You Think

Why has no one started making custom Kindle homepages?

[…] The Digital Reader – Nate Hoffelder asks the direct question: what good has agency even done for publishers? […]

It will be worse if they can undercut everyone.

>>>Our 40,000 authors and publishers at Smashwords price their books just barely over $3.00, and they collectively publish nearly 15,000 ebooks priced at FREE.

OMG, that that line is used as a selling point for Agency cracks me up to no end. That is exactly the *nightmare* of the Big Six: $3 eBooks.

[…] The Digital Reader – Nate Hoffelder asks the direct question: what good has agency even done for publishers? […]

I don’t think the problem is the agency model itself, and it doesn’t look like DOJ is attacking it directly. I don’t think it had the effect they were looking for because publishers overestimated their standing in the market. I think the point of agency was to raise ebook prices hoping to slow digital adoption and protect the physical print market while stifling not just Amazon but other ebook retailers as well by homogenizing pricing at high levels across all retailers.

I don’t believe agency, in and if itself, is an illegal model, whether its good business or not is up for debate, but I hope its not outright eliminated. The problem in this case, and one I happen to agree with DOJ on, is not the agency model. It’s how the very largest of the large publishers, together with the largest tech company, united their competing interests to use the agency model to force a shift in the market that significantly increased prices in one segment to undermine an emerging competitive market in that segment and protect their preferred print properties where they themselves control a high, almost monopolistic position.

Whether people like it or not, we have laws against competitors within a market colluding together to alter the market itself in their favor and the detriment of outside competition. It especially attracts attention when the changes their collusion produces are much, much higher consumer prices. Both Apple and the publishers have been pretty clear on their intent with this, and that brazen attitude is likely to be their downfall. Perhaps their surprise isn’t that they feel unjustly accused, but more shock that they were actually called out on collusive behavior this time. Another clear example for them how times have changed.

Forcing Amazon to compete and forcing them to lose are two very different goals.

The agency model most likely intensified the price competition for hardware over the last two years, and it also encouraged the adoption of reading apps and cloud readers as opposed to the walled garden approach that basically limited ebook use to ereader owners prior to 2010.

Without the proliferation of ereading hardware and software, ebook sales would have lagged regardless of how they were priced.

This was the point.

[…] the DOJ based on that, they were wrong from the start. Now the price fixing comments, take a look here, I’ll wait for you to come back. Ok, now what Nate talks about over there and references what […]

Among others, I have long argued that Amazon has benefitted from Agency pricing because by ensuring that no ebookstore can compete on price, the BPHs made lock-in irrelevant. Committing to a given DRM regime made no difference, pricing wise, so consumers could commit to a given walled garden based on other considerations; catalog size, customer service, wireless support, etc.
Take ebook price out of the equation and Amazon runs the table on most considerations and more, its installed base becomes the tie-breaking criterion; all other things being equal, people will go with the most popular platform precisely because it is more popular.
What price fixing actually did was secure Kindle’s eReader market share domination just as adoption exploded. And once Amazon secured the platform lead, the content lead follows.
Which is why their 65% share has been fixed and why B&N adoption stalled at 25%.
Freezing price competition froze the market.
They institutionalized Amazon’s domination.
Restoring price competition should *theoretically* undercut that domination. But it hinges on competitors willingness to compete with new marketing schemes *and* on continuing market growth. If the market is plateauing, even temporarily, it may be too late for any big shifts. (And all signs suggest it is.)
Worse, Amazon has used the 800 day domination umbrella afforded them by the conspiracy to grow KDP into a dominant weapon unto itself.
Let Smashwords and co play the game however they want to; the damage is already done and it is going to take an entirely new technology disruption to dislodge Amazon.
One is forthcoming, never fear; just not soon.

The only agency pricing, as implemented by the alleged price-fixers, accomplished was to push people away from their overpriced ebooks and give them a chance to discover indies.

I think Mark Coker showed his not so hidden agenda with this sentence, " If a publisher prices their book too high, let the marketplace punish that author." Freudian camisole?

He runs a self-pub service. For him, the words publisher and author are interchangeable.

[…] Amazon isn’t going to kill publishing. “Amazon is not all of ebooks.” And also, Amazon is succeeding in spite of agency pricing, so… what was the point? […]