For reasons both poetic and pragmatic, the tree has historically been the designer’s go-to inspiration for mapping relationships. In the infographic below, Finish-Swedish illustrator Minna Sundberg artfully uses this format to trace the world’s largest language families.

All of the languages illustrated here stem from subcategories of either Indo-European or Uralic origin, and on closer examination many fascinating links are revealed. Finnish, for example, is more closely related to Hungarian than its geographic neighbors, Russian and Swedish. 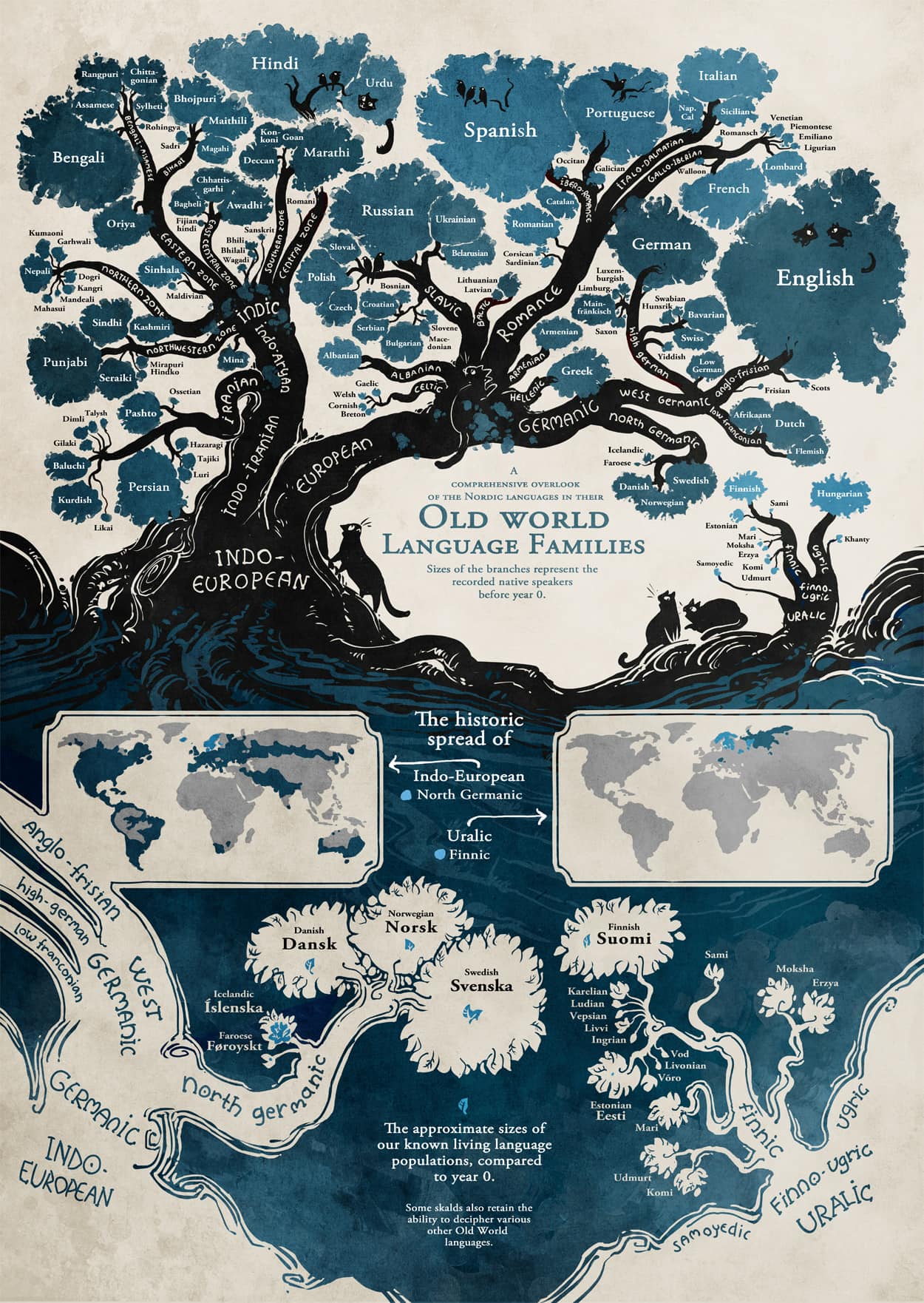 Yeah. From what I remember from linguistics class, Basque is like one of two languages which seem to have no relation to any other current language and whose origins linguists are unsure of. I also assume you mean the only language in those regions as African and Asian langauges are also not there.
I’m curious about the empty spaces in South America, Northern Canada, and Alaska