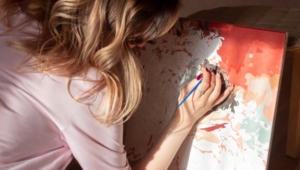 According to studies, 25 to 40 percent of Americans are introverts. Introverts are considered shy, taciturn and unfriendly, but being an introvert is by no means a disadvantage. There are many qualities that set introverts apart – and they have numerous famous role models too.

If you draw your energy from moments when you are alone instead of surrounded by people, you might be an introvert. Find out what this means and whether this characteristic applies to you below. 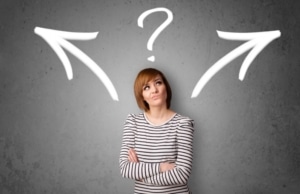 Being an introvert: what does it mean?

Introverts have to deal with a lot of prejudice, the main one probably being that introverts are basically shy. A shy person, however, is afraid of social judgment, unlike their fellow introverts.

Of course, these two traits can coincide, but an extrovert can also be shy.

Introverts, rather, are people who recharge their batteries during periods of rest, while extroverts draw their energy from meeting other people.

Studies have found increased brain activity in introverts, with this remaining constant during periods of both rest and work. It can therefore be assumed that introverts protect themselves from overstimulation by holding back.

Introversion and extroversion are innate qualities that are difficult to shake throughout the course of your life, as they are associated with different ways of processing stimuli in the brain.

Nevertheless, many introverts try to discard their traits and adopt behaviors from extroverts, not least due to the fact that extroverts are considered more successful and popular.

Extroverts know how to present themselves and can often sell themselves better than introverts. This also makes it easier for them to land managerial positions, since self-promotion is a sought-after trait needed when hunting for a job. Extroverts cope better and succeed faster, especially in today’s fast-paced world.

Just because introverts are outshone by extroverts in some areas, doesn’t mean that they don’t also have many good qualities that set them apart. They are often particularly creative and radiate inner calm.

They are persistent, have depth and can spend hours concentrating on a task. These qualities are also advantageous when it comes to management, a fact proven not least by former German Chancellor Angela Merkel. She rose as an introverted physicist to become one of the most powerful women in the world and gained global respect with her particular leadership style. 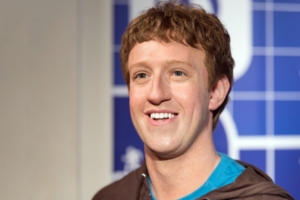 Angela Merkel, however, is not the only famous introvert who has come far in her life. Another example from the field of politics is Barack Obama. He is also considered an introvert, but is well received by many people due to his charismatic nature.

Many founders and CEOs of billion-dollar corporations are also considered introverts, including Microsoft founder Bill Gates, Google CEO Larry Page and Facebook CEO Mark Zuckerberg. In an industry where self-promotion is classed as the bread and butter, introverts can be just as successful.

When it comes to film and television, introverted characters like Woody Allen, Clint Eastwood and German television presenter Günther Jauch have also made a name for themselves.

Test: am I an introvert?

If you want to find out whether you are an introvert too, simply take our quick test. While it has no scientific background, it can still give you a bit of clarity.

Coming to grips with your character traits can often help you to better understand yourself, but try to avoid pigeonholing and pay attention to gray areas. Rarely are people purely extroverted or introverted. Many people carry traits of both, but lean more in one direction or the other.

Below we have listed several key points for you to read through at your leisure. For each point, decide whether the statement applies to you or not. Feel free to take some time to reflect on your character and don’t simply affirm or deny statements you are unsure about.

If more than half of the statements apply to you, you are more of an introvert. However, if you find that you don’t relate to most of the statements, you can class yourself as an extrovert.

If you can say that you’re an introvert, you bring many positive qualities to the table. Even if you don’t flaunt your personality, that doesn’t mean you’re boring by any means, it just takes a little longer to see behind your facade. That’s what makes you interesting as a person. 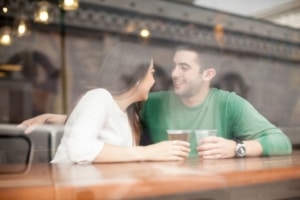 Introverts are very good listeners, especially when it comes to deep conversations. They think carefully about when and what to say and give the other person time to finish.

While extroverts tend to listen away and just wait their turn, introverts are genuinely interested in what they are being told.

They also tend to read between the lines and often respond sympathetically to what the other person is saying.

You are a good friend

Introverts possess many characteristics that make a good friend. They are very empathetic and therefore don’t like to put other people in uncomfortable situations. If they do, they tend to feel guilty and try to make up for their behavior.

They are interested in how others feel, concerned about how things work out for their fellow human beings, and receptive to other people’s moods. They can recognize something good in everyone and give other people the feeling of being valued.

Since introverts often have a small circle of friends and choose their friends very carefully, they invest a lot of time and energy into a friendship. Once they open up to a person, they’re usually friends for life.

You are a conscientious colleague

Introverts are also popular among their colleagues because they are easy to work with. They possess many qualities that help to create a pleasant working environment. These include reliability, diligence and a sense of responsibility. Their reliability is also reflected in their punctuality – they usually feel very uncomfortable if they keep their fellow human beings waiting.

What’s more, introverts often keep themselves very well informed. If they are assigned a task, they do it very diligently and drawing on a wealth of knowledge.

The only drawback is that it usually takes them longer to complete tasks than their extroverted colleagues, as they usually think over their results several times.

Many of the characteristics possessed by introverts cause them to come across as very credible. As they don’t like to be the center of attention, they don’t brag or exaggerate their abilities, making them appear credible to others. They also think carefully about what they say before they say it and therefore, you can rely on their word.

Introverts are often very organized and think ahead. They can spot problems early on and try to avoid surprises.

As such, they plan for all eventualities in advance and show up very well prepared everywhere they go. This can be a harmless outing with friends or an important lecture. They weigh everything up carefully so nothing can go wrong.

You work on your personality 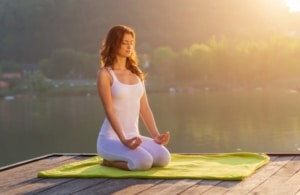 Introverts work on their personality

People who are introverts often take a highly critical approach to many things – including their own personality. They are constantly trying to improve their character and optimize their traits.

On the one hand, this is due to the fact that in today’s world, extrovert character traits are in high demand, and introverts first have to acquire these. On the other hand, this is also because they are often very driven to educate themselves and reflect.

Introverts read a lot and may reflect on any new experiences they have in a journal. They are willing to learn from their mistakes and accept criticism.

You are a careful observer

Introverts observe what is going on around them very closely, with no detail going unseen. They are extremely sensitive to stimuli and thus highly aware of their environment.

What’s more, they have wide-ranging interests that draw their attention to many different things, giving them comprehensive knowledge. They are also very good at interpreting the body language and gestures of their fellow human beings when communicating with them.

You are very creative

Introverts really blossom when they can give free rein to their creativity. Creativity can act as an outlet for relieving excess pressure from overstimulation. Many artists are introverts. Especially when they are alone and can let their thoughts run free, introverts can get extremely creative.

The opposite of introverts are extroverts. The characteristics in these two categories determine how we behave in a social environment.

The term "extrovert" is composed of the Latin words "extra" (outside) and "vertere" (to turn). The term "introvert", on the other hand, is made up of the Latin words "intro" (inside) and "vertere" (to turn).
The etymology of these words suggests that introverts and extroverts tend to have different behaviors and characteristics.

Extroverts tend to be active, sociable, and enjoy being around people. They love company, whether in their personal lives or at work.

In contrast to extroverts, introverts tend to appear serious, thoughtful and quiet. On the job, they prefer to focus entirely on their work on their own. Instead of being the center of attention, introverts often take on the role of observers when in larger groups.

They recharge their batteries in solitude or in deep, detailed conversations with people they are familiar with. In addition, they often tend to avoid direct conflict or give in more quickly. 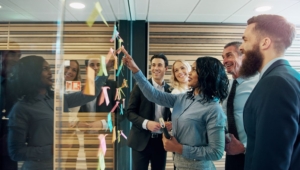 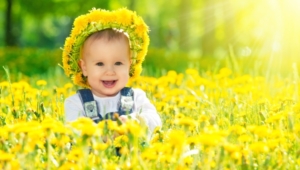 How to be happy: 20 tips and exercises for a happier you 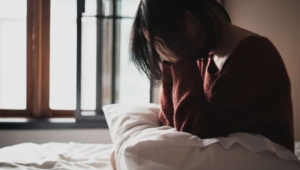