When Amazon first announced in May that the Kindle platform would be getting prettier ebooks, they left a lot of questions unanswered, including exactly how Amazon was pulling it off.

Yesterday’s update has answered some of those questions.

Reports are coming in from a couple different directions that the new typography, kerning, and other improvements are tied to a new Kindle file format. Alles eBook.de reported yesterday, and a couple readers on MobileRead Forums confirm, that ebooks which have the new features also come with a file suffix of KFX.

Little is known about the file format at this time, but we do know that you can’t build one on your own (ebook developers have tried without success).

Someone has already unpacked one of the new KFX files and revealed clues in the metadata that suggest Amazon has a new ebook generator tool which they use to make the KFX files:

I can also report that Amazon is claiming that many ebooks have the new features when in fact they do not. I bought  two books which Amazon promised would have the new typography,but when I read the ebooks in the Kindle iPad app they did not have the formatting. Also, when I downloaded them, they were still in the older AZW3 file format.

While I am annoyed to have wasted my money, I can also see that Amazon has given us an obvious indicator that tells us which ebooks have the new features.

Now we can start taking the file apart and seeing how it ticks. 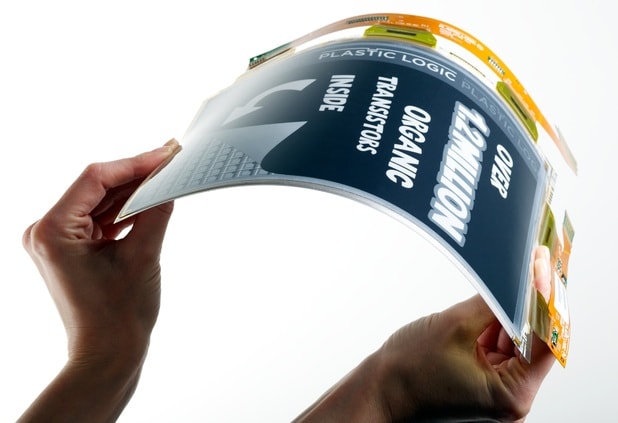 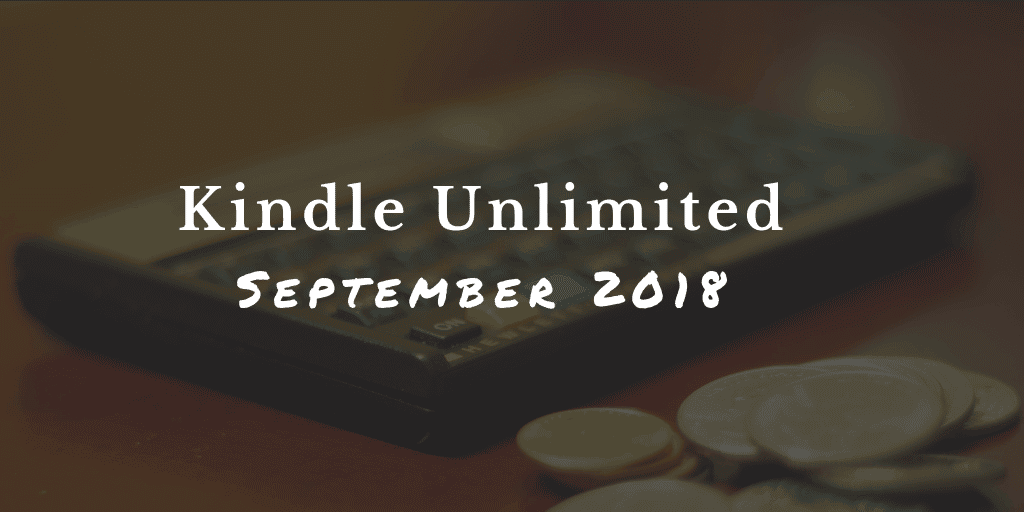 How is this going to work on the earliest versions of Kindle? The ones before the touchscreen came along, like the one I have?

This feature only works on the latest models. Older devices are still getting the older file format.

I have no info on whether Amazon will release updates for older models, but I doubt it.

It will most likely work like previously with the KF8 format. The actual KFX book file you upload to Amazon will contain three incarnations of the same book. One in the old MOBI 6 format, one in KF8 format and one in KFX format. When a user downloads a book, Amazon’s backend determines what your reader is capable of – by telling them what device you want it delivered to – and delivers only the version of the book your device can handle.
It’s a process that is fairly elegant, all things considered, though it I’d rather have seen them actually clean up their format mess and all the implementation errors rather than move to the next level by introducing yet another incarnation of their file format.

Since Amazon is not supporting other ereaders and reading apps, it is the easiest solution to support the new typesetting with another file format.

I have updated the Wikipedia Amazon Kindle article with the new file type. For the last two years, I have slowly been updating the article with Kindle changes.

Here is a free ebook that has the new typesetting:
http://www.amazon.com/gp/product/B00IMLL63O

Frank, I’m not sure what it is you’re trying to say.

Thank you for confirming what I found last night. It is frustrating that many ebooks are promised to have the new typography, but don’t. That’s false advertising! Since there are plenty that do, I suspect that the publisher is at fault here and not amazon.

Would you mind listing the ebooks that aren’t working right? I’m talking to Amazon PR, and they are interested in fixing this.

This information exhausts me.

Clear as a cloud, right?

Heh. I was thinking bloody forehead from the constant pounding on the desk, but hamster wheel workes as well.

I was going to suggest the book Frank suggested, he probably got that from my mobileread post. I had googled 'amazon.com: enhanced typography unlimited device usage' in hopes of getting a DRM free file to examine, but of course there is only azw3 to look at via download, with no magic in it.

'KFX' is a format in name only. On my Fire tablet, there are no fewer than 11 files inside of a folder ending with '.kfx.luci' file extension, alongside another half-dozen files, that presumably have to do with xray, annotations, reading position etc. It’s going to be very difficult to reverse-engineer this, all the magic happens on Amazon’s servers. I would be surprised if they update Previewer or kindlegen in any way, though it would be nice if they would at least document what it takes to turn off hyphenation (e.g. for titles, poetry, programming code etc). Or maybe it is just standard CSS?

I think it was stated somewhere that they were inserting soft hyphens (which obviates the need for hyphenation dictionaries on the device), which anyone can do, but that in itself isn’t turning on the kerning, ligatures, and other typography rules, which would be nice to have for side-loaded content (or at least send-to-kindle content). It’s not at all clear why that stuff can’t be turned on for everything (except maybe for Topaz).

I’m seeing nineteen files in a similar folder, not eleven.

After deleting and downloading again, I’m now seeing no folder with no files.

Tom, like with the KFX file format, there will not be an actual KFX file. I am pretty sure the X stand for 10, so this if KF (Kindle Format) 10. It will be undoubtedly packaged exactly the same way KF8 and MOBI files are currently packaged, only that going forward, KindleGen will most likely add a third variant, KFX, to the file.

The user will never really know or see the difference. If the device is not KFX-enabled – and currently virtually none are I would assume – the KFX file will not be loaded onto the device. Instead the more traditional KF8 format will be delivered.

As Amazon updates devices with new firmware, you will see more and more books make use of the new capabilities. so, no it is not the publisher’s fault that the books do not load as KFX books on your device. The issue currently is that Amazon has not officially rolled out the new format and has not yet provided the necessary firmware updates yet that would make use of these capabilities.

It wasn’t eight months. KF8 tools were announced in October 2011. They were released to the public in January 2012.

The beta testers included small publishers (my source) and comic book publishers. But you’re right in that Amazon dod eventually release the tools.

For a Few Demons More: http://www.amazon.com/Few-Demons-More-Hollows-Book-ebook/dp/B000OI0F9O

Did you try deleting the ebooks and downloading them again?

Yes I did. I even reset my kindle and redownloaded everything. Neither worked.

Thanks. I just wanted to cover all the bases and ask a question I knew that Amazon would ask me.

Deleting books or resetting the device may not work. If I’m not mistaken, getting updated content to users requires a manual push from Amazon.

Indeed. That public folder isn’t where the Kindle ebook files are kept, anyway. Those are stored on another partition, off the Android folder.

Just to be clear I don’t delete ebooks from my pc (who does that anyway?) I delete from my kindle. Your reply was really not what Rob was talking about.

I once had an ebook that was updated with page numbers, but deleting and redownloading the ebook did not give me page numbers! I had to contact customer support, and they manually sent me the ebook and only then did I have those precious page numbers.

I understand what Rob said, but it’s no longer valid. Amazon has changed it so that everyone automatically receives updates on ebooks unless you opt-out. You don’t need to contact CS to have them manually push through an update anymore.

I still think the problem is not with amazon, but instead the publishers. It seems to be the most likely explanation for why some enhanced typography ebooks have hyphenation and others do not.

This is what I’m saying.

Not necessarily on topic, and I apologize for that, but this stuff is killing me. I write children’s picture books and each time they make a technology upgrade, my files become obsolete and then people leave bad reviews for the books (which is the only way I find out that I need to redo my files). My files still work great on the old readers, but it’d be too confusing to customers to have a different version for each reader. The tools they give us to make new books generate files so large that the delivery charges are astronomical. It’s getting to the point where it’s not worth making these into eBooks anymore, which means losing a huge audience. I’m still trying to figure out how to reformat my books from the changes they made last winter. *sigh* Thanks for the update, though, at least this time it won’t be a surprise. And P.S. I wish you had a WP Like button on your posts. I’m not technical enough to contribute to the conversation, but I do read the articles and would like to be able to give you your props. 🙂

I cracked open the free book linked upthread. I didn’t have a lot of time to look at it, but there doesn’t look to be anything magical about any of the source. In fact, it’s a Word-to-KDP auto conversion. This, I think, confirms what my KDP contact says, which is that everything is applied programatticly after intake.

[…] caps. In Amazon Land, it’s hit or miss despite the new PC version’s ability to read the new KFX format. I’m sure Amazon will dramatically improve Kindle PC’s typographical capabilities in time. But […]

[…] set that works only on select devices and apps (more on that in a moment). And there’s a rumored update to KF8, called KFX, for which details are unknown to us at the time of this […]

[…] covers and page backgrounds last year (Kindle in Motion), and adding advanced typography in 2015 (KFX, which brought with it a whole host of DRM and other […]