Radish is a Wattpad-like app which sells stories by the chapter. It has been around for several years now, and it has had some success – the startup even raised $3 million in financing early last year.

But it crossed my desk today for a different reason.

According to Andrew Shaffer and a number of other people on Twitter, Radish has sent an email to writers who sell stories in the app that is changing its content policy. In order to comply with Apple’s content policy for the iTunes app store, Radish is removing all erotica from its app.

You can read all three parts of  the email below: 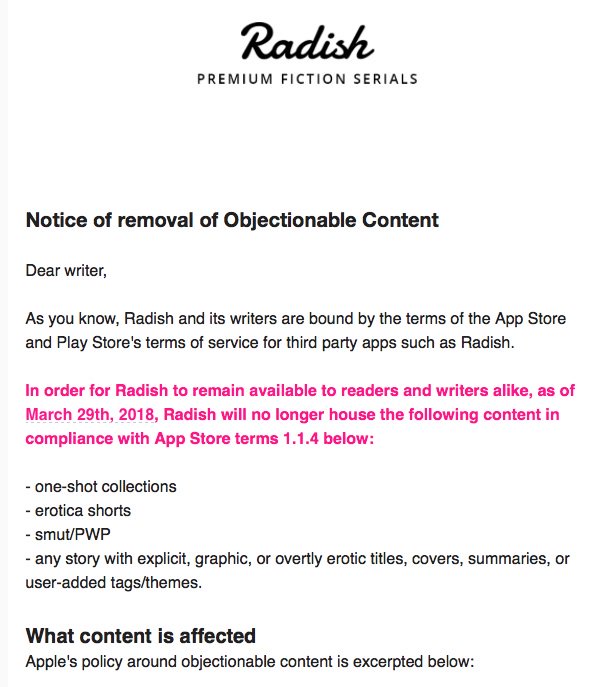 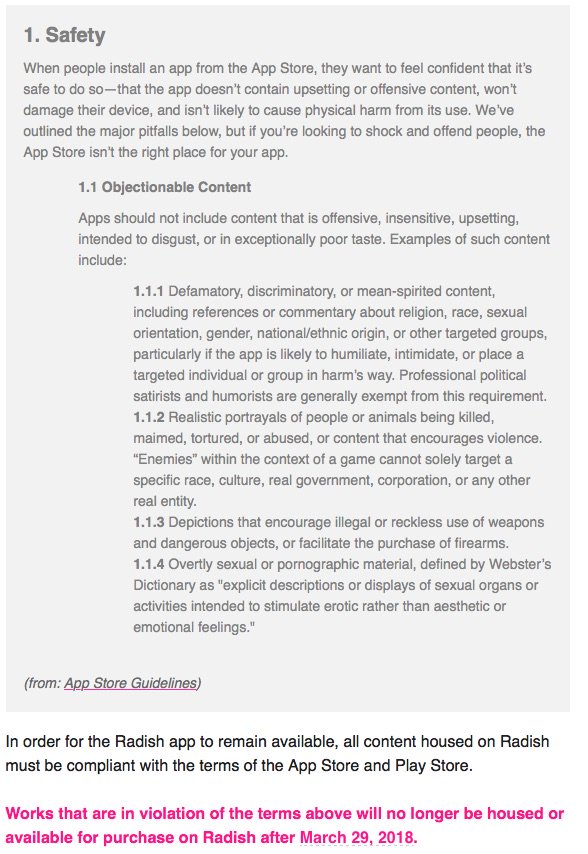 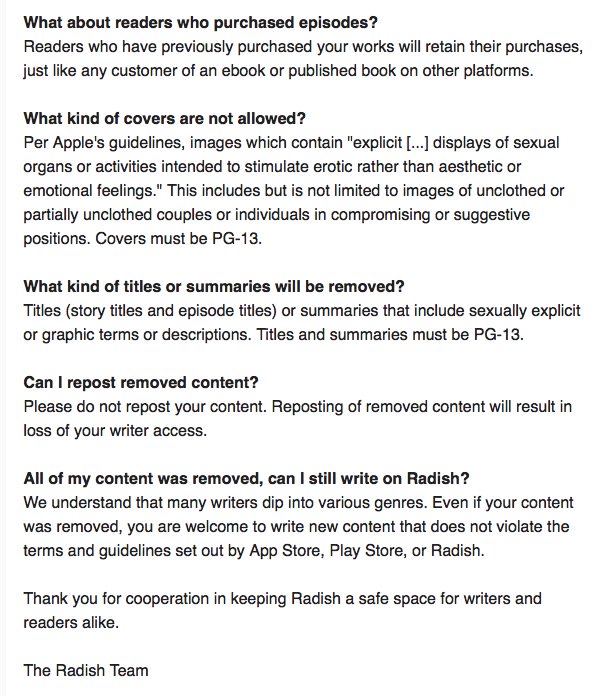 It has never been clear why such content is banned from third-party apps and yet allowed in the video sections of iTunes, but this is something we have had to cope with for as long as I can remember.

Radish is merely the latest victim. 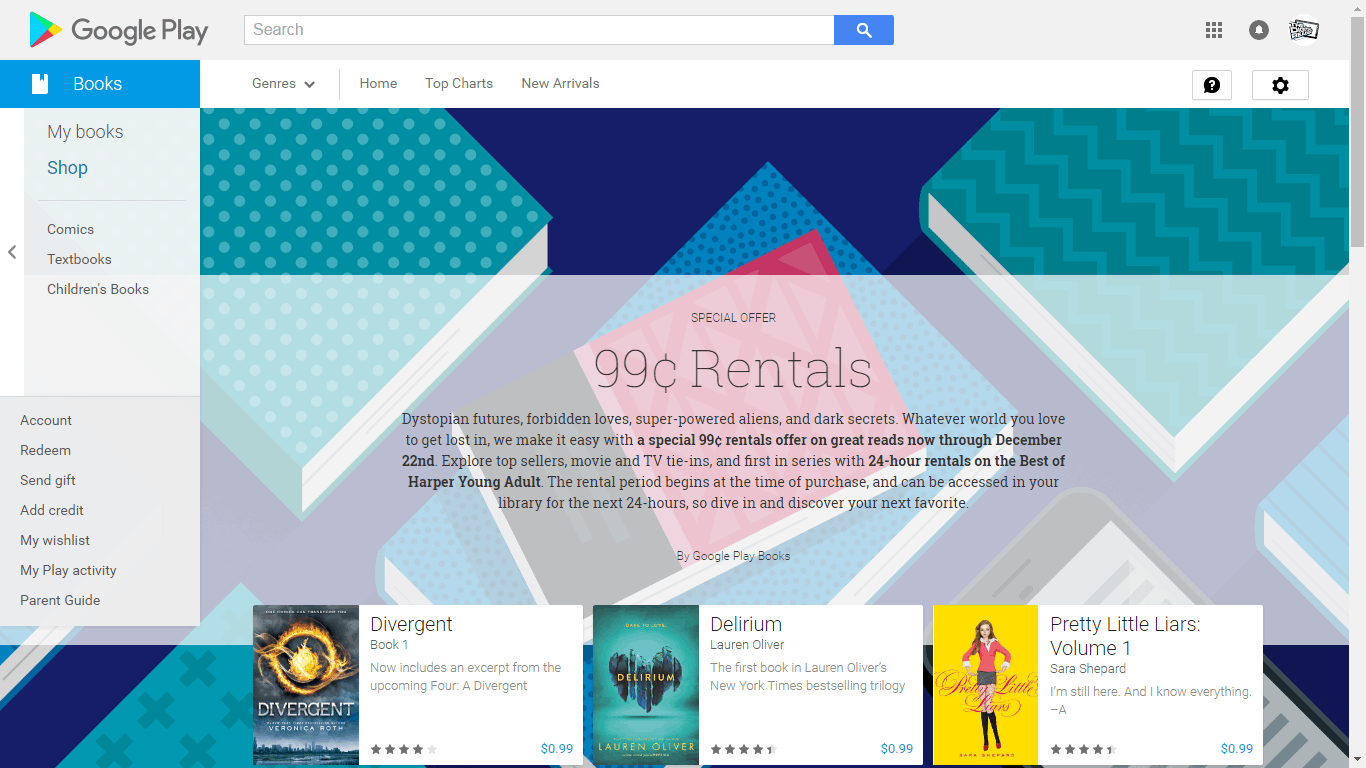 […] This, and Amazon stripped rankings from books tagged erotica. […]