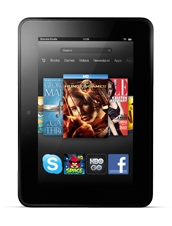 Amazon got a lot of attention yesterday for Kindle FreeTime, the new paid service which lets kids access a curated selection of content, but that’s not all they did.

They’ve just rolled out a new update for the 7″ Kindle Fire HD, and it adds a couple useful features:

Swype is a pretty useful feature. Rather than typing in the individual characters, Swype lets you drag your finger across the onscreen keyboard to spell out a word. Each time you pause your finger, a new character is added, and when you pick up your finger the word will shop up on screen.

Speaking of the camera app, I’ve been told that the KFHD 8.9 already had one. Like the new app for the KFHD you could access it from the photo album. Apparently the larger KFHD has had this feature ever since it shipped 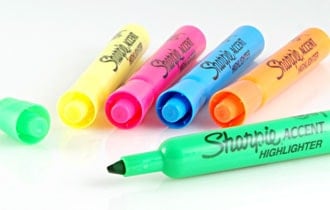 Swype sounds a little like the old Graffiti for the Palm Pilots of days gone by. I’m not seeing the update on my device yet, but will look out for this.

I thought of Graffiti as well, but isn’t that for individual characters, not complete words? Swype isn’t quite the same.

I bought a Nexus 7, and Google has innovated a slide to write keyboard that works very, very well.

It’s insane how much I like that device (I’m sure having the latest version of the OS makes a big difference.)

To quote "Speaking of the camera app, I’ve been told that the KFHD 8.9 already had one. Like the new app for the KFHD you could access it from the photo album. Apparently the larger KFHD has had this feature ever since it shipped, which makes sense given that it has a rear facing camera." ?? , I’m baffled (in a manner), how it can be said, The Kindle Fire HD 8.9 has a Rear-Facing Camera. To me, at least, it’s a Frontward Facing Camera, since the user is face to face with it, and it (the lens) is NOT on the back (rear) side of the Kindle itself, having to show the screen towards the objective of that being put on camera, (leading to the "cameraman", not looking at the subject in the screen they are filming). Which I would wish they had a lens cam on the back of the Kindle instead, to hold up and go (say) "CHEESE!!" (and or "Smile, You’re on Candid Camera!") haha, lil joke.

Yeah, I don’t know where I got that detail. Thank you for pointing it out.