Kobo Aura One to be Replaced by the Kobo Aura H2O Edition 2? 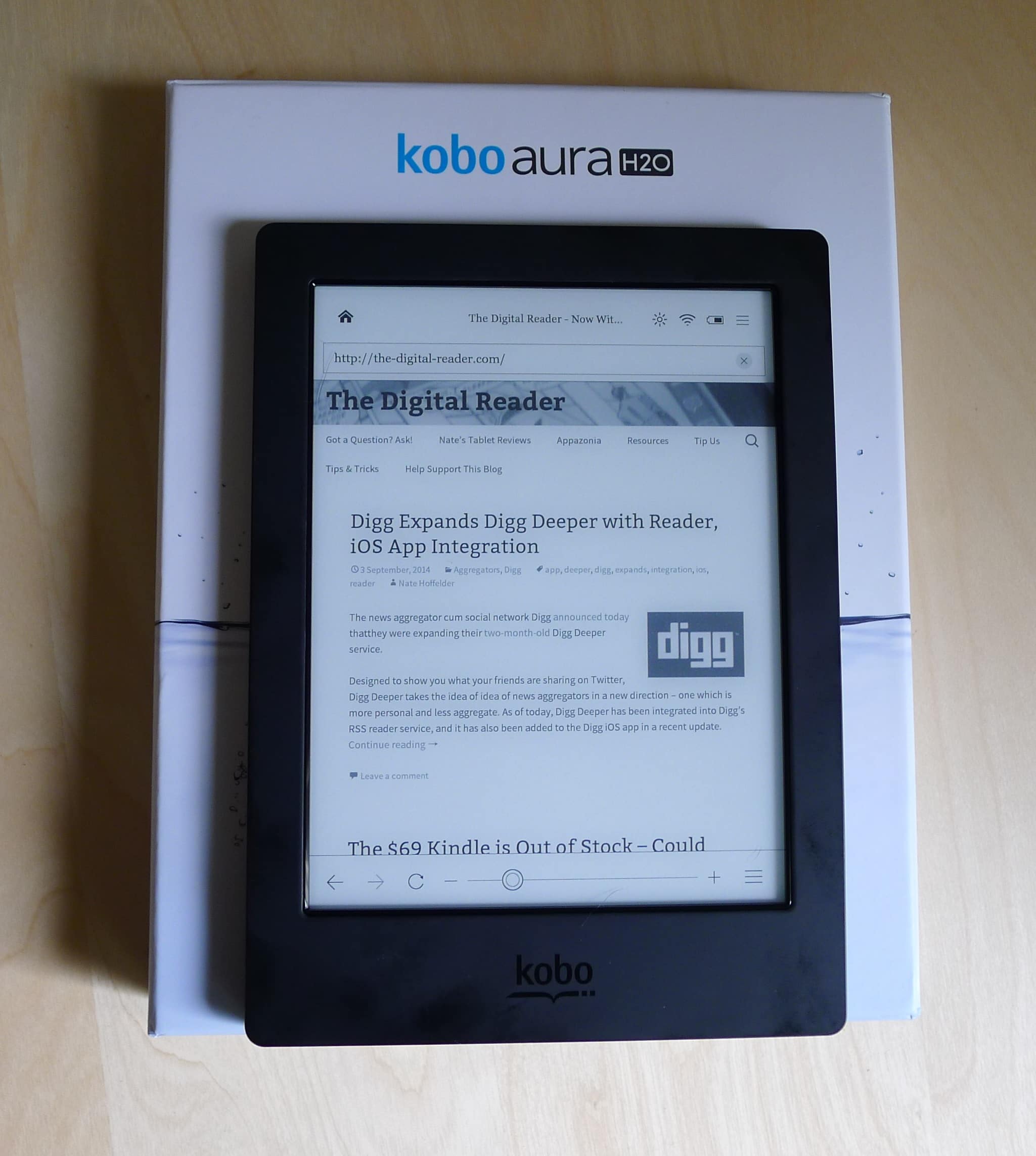 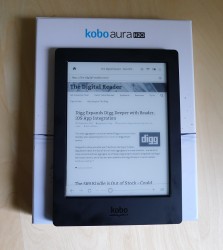 Many people, including in this blog’s comments, on MobileRead, and on other blogs, have been remarking over the past few months that the Kobo Aura One is rarely in stock. Kobo’s largest ereader might show up on the website for a few hours, but then it quickly sells out.

While we still don’t know why this 8″ ereader is out of stock, there is some light on the horizon. A little bird has tipped me to the news that Kobo’s next ereader was mentioned in the latest update.

The v.4.3.8871 firmware update includes a reference to the "Kobo Aura H2O Edition 2" ereader, a device which does not yet exist – not even on the FCC website.

The Aura H2O Edition 2 is the replacement for the Aura H2O, the 6.8″ ereader Kobo launched in August 2014. We do not yet know the screen size, but it is safe to assume from the name that Kobo’s next ereader will be water- and dust-proof just like its predecessor.

And based on Kobo’s history of launch events, it is also safe to predict that we’re going to see the new device in either April or August.

So if you are planning to get a Kobo ereader in the next couple months, pay attention to the rumors for the chance to be one of the first to get the new model.

So this would mark the second new device from Kobo since Amazon released their last offering. It’s beginning to look like

B) The only e-ink device now available in America and under active development is the Nook; made by a company which might not survive the next 18 months.

Stated another way, apparently e-ink is dead in America. Want an e-ink device in The States? Better have a passport.

You have no idea what you’re talking about.

A. Amazon released a new basic Kindle and the Oasis less than a year ago. Also in less than two years we’ve seen nearly every ebook in their catalog updated with a new format with improved typography and apparently unbreakable DRM. Amazon is not going anywhere!

B. There will most likely be a refresh or a new Kindle this year. This November will be the 10th anniversary. You can bet Amazon will acknowledge it in some way.

Also Kobo devices are available in the US. Where does this myth come from that you can’t buy anything but Kindle and Nook in the states?? You are not the only one to spread this misinformation.

I own an Aura One just as I did a Glo HD and an Aura H2O because I ordered them off of the Kobo website. It’s literally just that simple.

Kindle is Amazon’s first electronic product that has received lots of development time and had millions of sales. It is not going anywhere and I am sure Lab126 is still working on better models since there haven’t been layoffs recently.

The last Nook was developed by a China firm.

I don’t think this device – which I think will be released – will replace the Aura One – it seems to be an upgrade to the current H20. As for why the Aura One is out of stock then it might simply be unexpected demand (how many 8 inch E-Ink Carta e-readers are out there?). The niche demand for larger e-readers is pretty big but not big enough for a giant like Amazon to care.

I agree, the H2O is coming up to 2.5 years old and could do with a refresh to at least use Kobo’s new hardware design style. Let’s hope they don’t also lower the specs like they did between the Aura and the Aura Edition 2.

The Aura One was released just a few months ago. It was well received by both critics and users and IMO is the finest ereader that I’ve owned and I have owned quite a few. I don’t see it being replaced this early.

I suspect that either there are issues with eink producing those 8 inch very high res screens at sufficient volumes or Kobo is holding back until they’ve eliminated the bugs and dramatically improved battery life.

A refreshed Aura H2O is perhaps meant to fill the gap between the Aura Edition 2 and the Aura One.

I just bought an H20, if it lasts as long as my old Aluratek Libre Pro did Kobo will probably be ahead by another two versions before I upgrade. While I wish this model had extra features like a bigger screen and TTS, I’m afraid I’ll have to pass on the new and shiny. Money does not grow on trees, especially for those of us on a fixed income.

April seems a bit early for new hardware, as there is nothing from Netronix on the FCC site (fccid.io) since the Kobo Aura ONE/Aura Edition Two last summer.

This assumes that Kobo is still using Netronix. Given the yield/QC issues with the KA1, I would not be surprised if they switched even if the issues weren’t all Netronix’s fault.

[…] I broke the news on Kobo's new ereader last week, I speculated that it might launch in April. Judging by the FCC paperwork I found today, […]