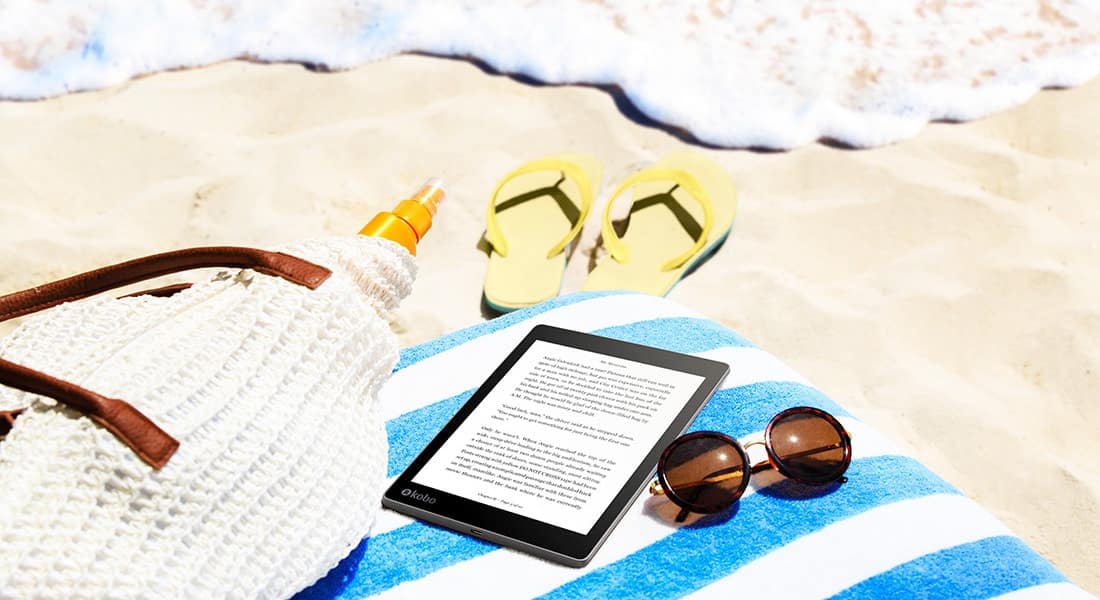 Kobo hasn’t sent a press release yet with an official announcement, but a bunch of sites have posted reviews of the new Kobo Aura One on Wednesday.

I still don’t have one of these babies (I found out while writing this post that mine is literally on the UPS truck right now), but The Verge, Tom’s Hardware, and Techcrunch have all posted reviews which confirm the leaked specs and our guesses about the prices.

Update: the product listing is now up.

This ereader is not only larger and as sharp as Amazon’s flagship Kindle, it also costs less and is nearly as thin.

And it looks pretty in the video:

And oh yes, it is waterproof; I just got the press release from HZO, the company which developed the tech for water-proofing the electronics (it’s not a waterproof case like on the Aura H2O). The Aura One meets the IPX8 standard, where the Aura H2O met the IP67.

Edit: And somehow Kobo has also added night reading mode which filters out the blue light: 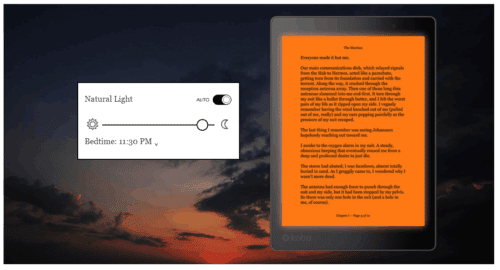 I’m still reading the reviews, but a couple interesting points jumped out. According to The Verge, it’s thin (they also said the bezels are too small to hold it comfortably):

The first thing you notice about the Aura One is that it’s big for an e-reader. While Amazon used 9.7-inch displays on some of the early Kindles, and more obscure companies like Pocketbook have sold e-readers in that size range in the past, the industry (Kobo included) has since settled on a standard of 6–7 inch screens. But the Aura One sports a 7.8-inch, 300ppi display, which is large enough to make it not just Kobo’s biggest e-reader ever, but essentially the biggest high-resolution e-ink screen you can buy. That size increase doesn’t come with any extra bulk. The Aura One is just 6.9mm thick, and weighs 230 grams — thinner than an iPhone 6S, and not much heavier than a 6S Plus.

The reviewer also noted one of the more interesting software features.

Remember when Rakuten bought OverDrive last year? The Aura One benefited from that acquisition:

Kobo’s parent company, Rakuten, acquired a company last year called Overdrive that has deep ties with the growing e-book lending programs around the country, and so library lending also features prominently in the Aura One’s software. The most useful part of this is that, as long as you have your library credentials plugged in, titles that are available for borrowing will also show up when you search. It’s an important feature for the company’s business, too: Kobo boasts 5 million titles in its store, which is a lot, but it’s still not as deep a well as you can find on Amazon.

I don’t usually do library ebooks because they are more of a hassle than checking out a paper book, but this could change my mind. That sounds like an even easier solution than the Kindle-OverDrive integration, and I can’t wait to test it when my unit arrives. 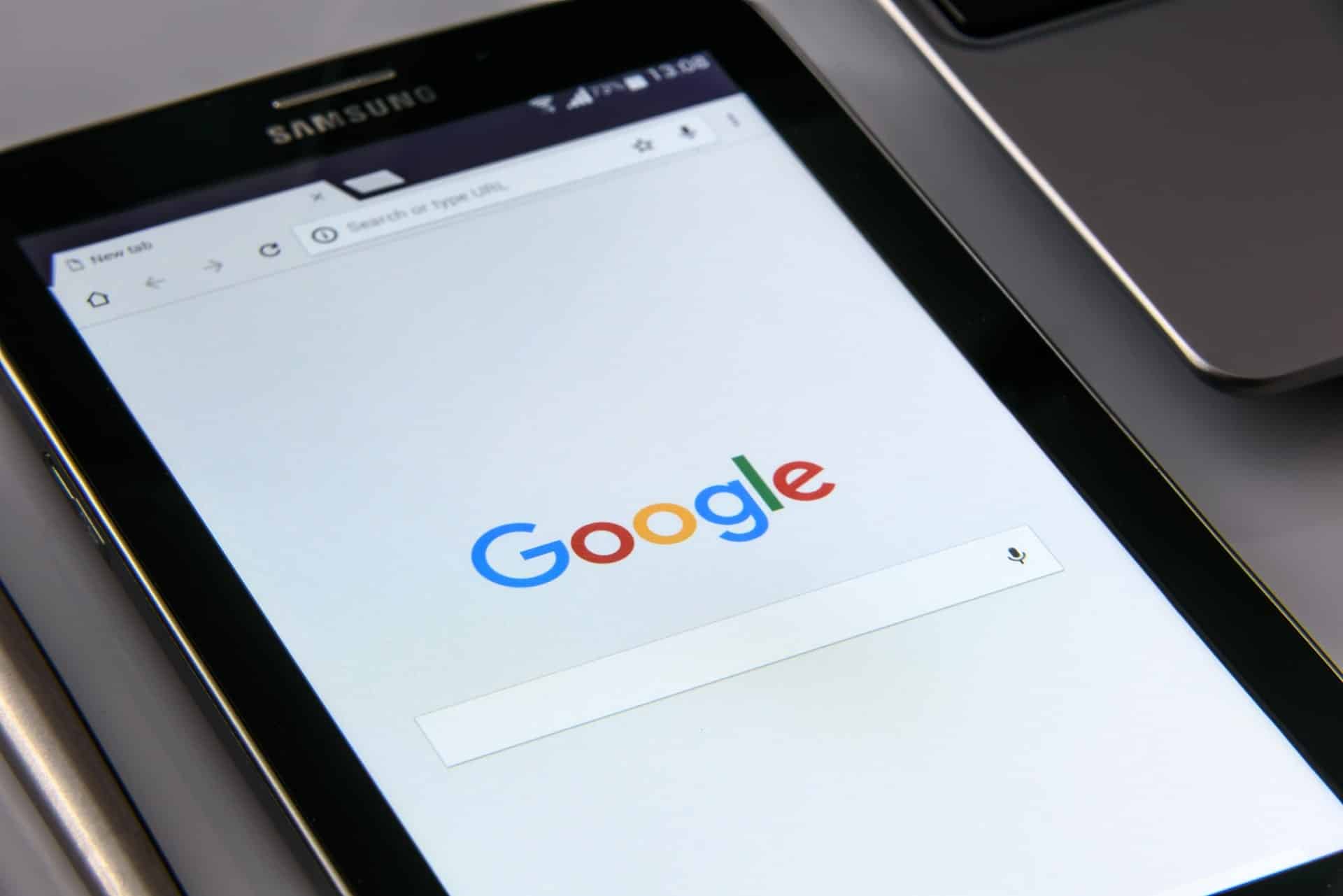 Did You Know Google Now Limits Search Results to Only 300 to 400 Links?

Yeah, I’ve complained about the bright white light on my Kindle Voyage since I bought it. I can’t wait to see this with my own eye. Surely it isn’t as pumpkin orange as their animation suggests?

I’m going to do a video.

It ranges from a subtle shade to bright red-orange.

I’ve never understood why the light isn’t completely adjustable. Cars and various home LED bulbs let you skew them to any color you like…why not an eReader? If I want to make the light green or orange, why not? It seems like it would be a cheap feature to add and create TWO new bullet points for promotional material as a personalization feature and night-reading eye comfort.

Those bulbs are probably more expensive than what is used in ereaders.

A search of bulk LED prices from Electron.com reveals an orange LED is about $0.05 and a RGB changeable LED is approx $0.50. That doesn’t seem like a deal breaker on a $200+ reader but I admit to not having the slightest clue about the economics involved.

Looks like a solid device- might be better if they went with the larger side bezel…Pocketbook and Oasis style.
Just to challenge Amazon I forwarded a Kobo press email to them along with requests.

I am going to buy this one!

Sorely tempted, especially by the agressive price point, compared relatively to Amazon’s offerings. They might be finally forced to respond to this. Thing is, is that given its market-share, Amazon is in great part why this is possible. 😉 Even though it is an entirely different line, Kobo would use many of the same vendors and pipeline that Amazon would use. So, maybe the ultra-skinny bezel is a byproduct of the likes of the Oasis? Kobo and other competitors product probably benefits in other ways from the influence of the Kindle behemoth – the noted weight reduction and slim design. Heheh.

Notice the new InkPad, with the assemetrical design, using an older 8″ screen? It’s not difficult imagining an 8″ Oasis. 😉 Lovely thing is that this will become standard issue stuff over the industry over the next couple of years.

Still no note of the IMX7 processor, though. Maybe in time for the Fall and a PaperWhite XL? 😉

As much as I liked the new Inkpad, now that we know it has a weaker screen I just can’t recommend it. What was Pocketbook thinking?

I am returning my Kindle Oasis today. I feel robbed now.

I’m in despite no SD card slot

The new HZO water proofing technology may explain the removal of the SD Card slot. There is no longer a port cover so all exposed ports have to be water proofed.

I want it now.

[…] Kobo announced the Aura One ereader this morning, one question was at the top of everyone's […]

Does anyone know anything about its screen’s substrate? Is it plastic or glass? I guess is plastic because its limited weigh

[…] been intrigued by the new Kobo Aura One announced yesterday. It’s the size of an iPad Mini and is supposed to make borrowing library books easy too. […]

[…] immediately yielded both promotional and industry news, with sites like The Verge, Tech Crunch, and The Digital Reader reacting quite positively to the Aura ONE. Kobo’s ad for the device focuses heavily on […]

[…] other significant change to the Vision 4HD concerns its frontlight. Tolino followed Kobo's lead and upgraded the frontlight with a night-reading mode which filters out the blue light emitted by […]