Update: Given that the original source has been shown to be less than reliable, I am retracting this entire story.

uncertainties you may have concerning the rumored iPhone 6 can be put to rest today; new leaked photos and specs have revealed that the new iPhone will indeed sport a larger screen and be both thinner and faster than the iPhone 5s.

Sonny Dickson tweeted a number of revealing details about the new iPhone on Friday. According to his sources, the new iPhone 6 will be just 0.22″ thick, and that it will pack an Ultra-Retina screen with a sharpness of 389 pixels per inch (ppi). He also said the phone will have an A8 CPU clocked at 2.6GHz. In comparison, the iPhone 5s has an A7 CPU that runs at 1.3GHz.

He’s also tweeted a number of photos of what could be the shell for the next iPhone.  These were leaked last month, but I only learned of them today. As you can see, these images show an iPhone which looks to be as thin as the rumored .22 inches. It also has the larger screen and thinner bezels mentioned in past rumors.

Update: These images have been convincingly proven to be fakes. Sorry for sharing them; my source didn’t retract the story so I thought it was still good. 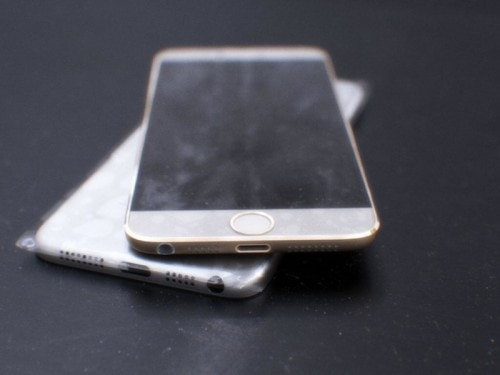 So is this real or simply a convincing fake?

I would be terribly shocked if this turned out to be a fake. Sonny Dickson has proven in the past to have reliable inside sources at one or more of Apple’s manufacturing partners. I last wrote about Sonny in September of last year when he revealed shells for the iPad Air and the new iPad Mini. Those turned out to be real, and they’re not the first time he has shared  accurate info.

Until he is proven wrong, Sonny is one of the sources we can trust. We’re looking at the iPhone 6, folks, and since the shells are showing up in March there is a very good chance that the iPhone 6 will hit the market in April or May.

Is anyone planning to get one?

Will the AI Copy Editor Be the Master or the Assistant?

Well, shit. That will teach me to trust Sonny or Boy Genius Report again.

BGR needs to come with a "For entertainment purposes only" disclaimer, and even that’s stretching it.

Sometimes they are good. For example, they were the first to post photos and details on the most recent Kindle Fire tablets.

But aside from that, yeah, they suck.