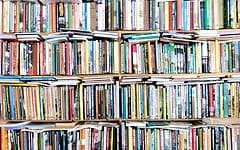 Tired of dealing with the fragmented mobile marketplace that iOS and Android represent? The imagineers at Disney have come up with a terrific way to address that problem. It’s both a much-needed solution for consumers and also a clever way for Disney to maintain a direct relationship with consumers who buy indirectly.

I’m referring to the Disney Movies Anywhere initiative, which lets you buy a movie on one platform and watch it on either platform. Imagine a world where all those ebooks you bought on the Kindle platform could also be read now on the Nook platform, and vice versa. You’d be free to choose the lowest price, no longer worrying about ebook library lock-in, where you’ve bought so many titles you can’t imagine abandoning that retailer.

Sounds like a nightmare for the big retailers but a huge win for consumers and publishers.

Joe goes on to point out that few publisher have the power to push for this type of cross-platform connections, but that doesn’t mean he’s wrong in arguing that everyone short of Amazon would benefit from it.

And he’s not the only one to see the benefit of such a platform; there already is a similar platform gaining acceptance in the movie market (Vudu) and there’s even a similar service for ebooks.

I’m not talking about Bookshout, which offered a similar service when it launched in 2012, but another startup in Europe. (More on Bookshout later.)

It’s called LeesID, and it launched in September in the Netherlands.

When I reported on LeesID back in September I described it as a digital bookshelf which would host a user’s purchased ebooks. That is what the LeesID website said, but it turns out that is not entirely correct.

As Jurgen Snoren explained when I broke the news that Kobo would be participating through their Dutch partner, bol.com:

It’s not a cloud service, though. What LeesID does, basically, is store all your download links to enable you to load all the cover of your books in every retail environment you chose – meaning, you could create a library of your books on your Bol.com bookshelf. LeesID would then make it possible to start reading your books from the Bol bookshelf, even the books you didn’t buy there. And remember in Holland all e-books are Watermarked and real downloads, not cloud streaming.

Neither Apple nor Amazon participate in LeesID, so it is far from the platform that Joe suggests above, but with the support of Kobo it is getting closer.

At the moment LeesID is supported by a Dutch non-profit and primarily focused on Dutch ebook retailers, but that doesn’t mean the platform can’t be expanded internationally or copied elsewhere.

On the other hand, should they bother? Do consumers really want this?

I ask because I haven’t heard much talk about LeesID since it launched in September, not complaints (which would suggest that consumers are at least trying it) nor acclaim. I checked with a couple people in the local digital publishing industry and they haven’t heard anything either.

That might be a sign that there aren’t any problems, but no chatter usually means no adoption. And if consumers don’t really want it then there’s little reason for publishers to get behind it and push.

Unfortunately, I can’t tell you just yet whether this type of platform will succeed for ebooks.

Since this topic has come to the fore again, I am going to follow up on Bookshout and find out why they pivoted away from this type of service.  (I would hold this post and wait their answer but it is the day before Thanksgiving, and I doubt they will answer before Monday.)

I’m also going to look for more user reports on LeesID. Speaking of which, have you used it?

I haven’t used LeesId, but Joe Wikert is hopelessly confused. The equivalent of the Disney Anywhere already exists in ebooks. It’s called Pottermore.

I agree that Pottermore sounds just like what is being described. But that doesn’t make the author "hopelessly confused", merely ignorant.

Damn, I missed that connection. But you’re right; Pottermore is a micro-example.

This already exists – it’s called "calibre" (with the appropriate plugin(s) if you’re dealing with DRM-infected files, which LeesID seems to be incapable of cleaning up).

Are you really any better off it you use LeeslD for 5 or 10 years and then it goes bankrupt or decides to get out of the ebook business? Would you not be scrambling to download all of your books before they became inaccessible?

Buy a book. Download it. Save a copy to your own local hard drive. Save a backup copy to your local backup hard dive.

Not really, but that is an inherent problem with DRM. it’s not a good argument against platforms like LeesID.

I was wondering why my books listed on bol.com are listed as having DRM since none of them do. I was just about to write Kobo about it, but you explained the problem. Interesting choice for the Dutch market, but not one that I’m happy about.

I think DRM is generally stupid, but I think sometimes too big a deal is made about it. It’s not a violation of humanity, it’s just bad business. Nothing in life lasts forever, and the idea that once you buy a book (or movie or music) you should have it forever seems a little silly. Pre-digital, books wore out, tore, disappeared, got thrown away, etc. It seems a reasonable tradeoff given all the advantages of digital that you run the risk that the format you bought in might get outdated years later or the company supporting it might go under. Buyer beware.

Now, it’s a huge selling point that you have a reasonable belief that once you buy a book from Amazon, or Apple, you’ll have access to it forever, assuming the company stays around forever. I’ve personally never had a problem with Apple’s DRM or Amazon’s. Seems pretty transparent. And it’s not too much a hassle that the formats are incompatible. I suspect most customers feel the same way. Naturally, knowing something is DRM free can be a selling point also. But it’s not nearly enough of a selling point to outweigh the connivence of buying on Amazon or Apple. The garden inside the walls is pretty nice.

Disney is in a unique position, because it might be able to make the same promise as Amazon or Apple and be platform independent. But it’s a rare example of someone with enough content and size to do so.

I don’t see there a huge desire on the part of most consumers to escape from the “trap” of DRM. People willing to devote a lot of time to building DVR free libraries, and those trying to create platforms to assist that, are kind of in the techie rebel category like the small number who embrace Linux because it’s open source. I certainly wouldn’t want to try to build a business simply around escaping DRM.

[…] vigilant in his quest to dust off old ideas and pass them off as new, Joe Wikert has hit upon the idea that publishers could sell advance […]