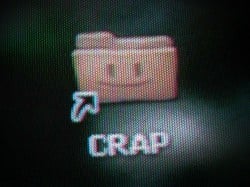 When B&N announced Nook Press earlier today I was thrilled to see that B&N was a step ahead of Amazon. The new online editing and creation tools offered hope that B&N might have the technological ability to go toe to toe with Amazon.

But then readers left comments about their experiences in using Nook Press and reality set in. It turns out that Nook Press is no better designed than PubIt. Not only are users reporting that the site crashes frequently and , one user has already found the tragic flaw that renders Nook Press useless.

Unlike KDP, you can’t edit a book after you have published it via Nook Press.

I’m not kidding. B&N’s new and amazing online editing and collaboration tool isn’t designed to let you edit or collaborate on an ebook after it has been put up for sale in the Nook ebookstore. B&N even spells this out in the FAQ (here):

Can I edit my Project after I put it On Sale?
NOOK Book Details can be changed after you put your Project On Sale as a NOOK Book, but at this time, the NOOK Book itself cannot be updated or replaced. To update or replace a NOOK Book that is currently On Sale, you would need to take the Project Off Sale, download the ePub from the Project page, create a new Project, upload the downloaded ePub or create a new Manuscript in that Project, and then put that new Project On Sale as a NOOK Book.

Just to add insult to injury, you can’t even edit the title of an ebook without losing all the reviews, ratings, and other reader contributions.

I suppose some might say that this doesn’t matter because an ebook should be finished before it is published, but what about typos? We’ve all encountered typos in an ebook, and it’s now the norm for publishers to fix them and push out a new copy of the ebook.

Or, what about ebooks on topics that go out of date quickly? Jason Matthews, the reader who first found this flaw, writes how to guides for self-publishing an ebook. His ebooks need to be refreshed every few months with the latest info on the publishing industry.

On a related note, B&N proclaimed in the press release that Nook Press was "designed with input from PubIt authors". Gee, I wonder how many asked that B&N block them from editing a title that has already been put up for sale?

I would bet that answer is some where between zilch, nada, and zero.

P.S. I have asked B&N when they expect to add this basic ability; if and when they reply I will update this post. 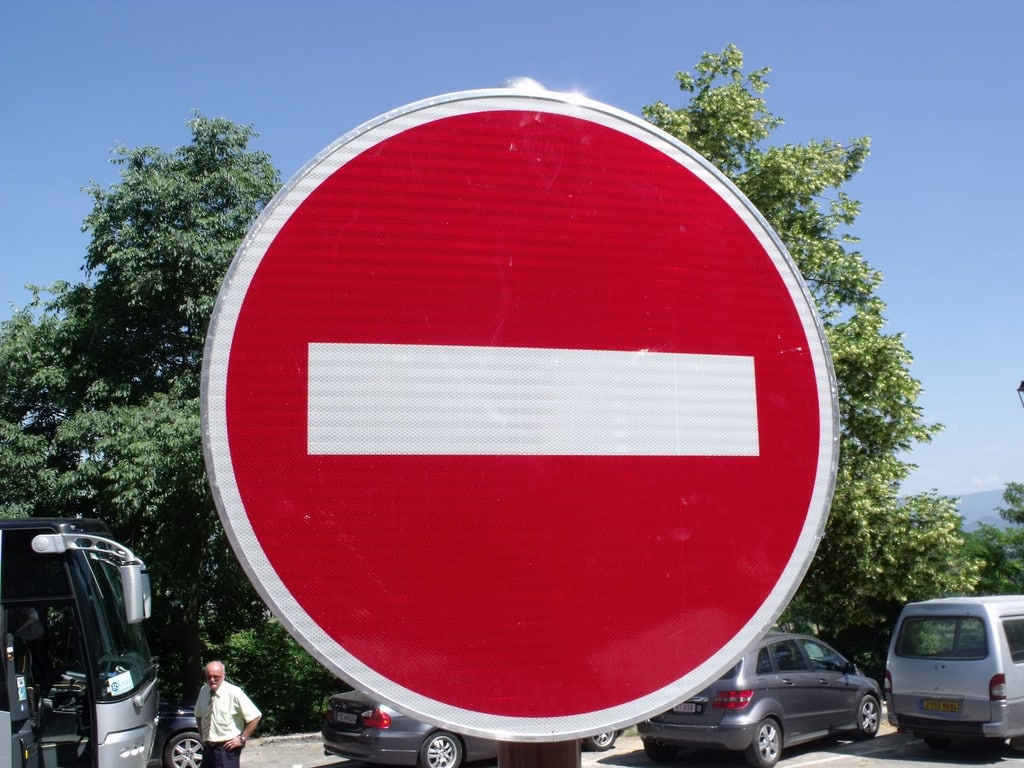 Kobo Has Banned US Customers From Its Site

Reading the mentioned faq information I think that that information is perhaps interpreted the wrong way.

As for losing reviews, ratings and other things when changing the title of a book. If you published the book with the wrong title by mistake, I would assume that you notice that quite soon, before getting a lot of reviews or ratings.
And if you only change the title after a long while then I think it is fine to consider this a new book. The same happens when a regular book is published with a new title.

Logically, this sounds right. But given how B&N and Nook seem to step on their meat over and over again, I don’t know I’d trust this to be true until someone from the company confirms it.

There’s a problem with your analogy. Even app stores like Google Play allow developers to release a new version of an app which replaces the old without losing the reviews and other metadata.

The analogy works if you consider that the software could be functioning as a version control system, or something like one. Unlike Google Play and KDP and Smashwords and iTunes Producer, where developers are necessarily creating the products outside the environments where they’re delivered, developers are creating content within the Nook Press environment. Even uploading an epub file—which would presumably be finished and ready-to-publish—gets imported as editable content.

If NP *does* work somewhat like a version control system, then publishing a new version doesn’t necessarily mean that existing user-generated data associated with the product listing will be replaced or wiped out. I agree that if it works this way then it’s terrible execution and the FAQ isn’t helping to clarify matters. And I certainly wouldn’t trust it until I tested it or got some kind of confirmation from B&N/Nook one way or the other.

I figured out why I couldn’t see the preview: I’ve disabled pop ups in Chrome and the preview is a pop up. No help from Nook Press about allowing them.

You’re right, except for the giant friking message that tells you to disable pop-up blocking.

Can not tell if serious.

That’s the window I reported is visible in Chrome for about one second. There’s not enough time to click the button, let alone read the text. So, yes, I’m serious.

Really, because it hung around more than long enough for me to snap a screenshot (Chrome Version 26.0.1410.63). And I’m running full NoScript/AdBlock Plus/Java disabled on my computer, so it isn’t that.

I’ve reported my experience honestly. And when I’ve figured out why my experience was so, I’ve reported that honestly, as well. Unlike you, I use my name and my business' URL here, so there’s no upside—either personally or professionally—to make anything up.

That said, I’m not sure why you’re being an asshole. I realize that Nate and Mike like to take swipes at you on occasion, but that’s got nothing to do with me. So, please save your Internet-induced anonymous bravery ad hominem bullshit for someone else.

My question is why you would every even want an online word processor? Does BN honestly think they can provide a better writing experience than Microsoft? I can’t even see a use for this. Why in the world would you want your original draft files in someone else’s hands?

If Amazon added a crappy word processor to KDP would that make their upload process better? This is not BN getting a jump on Amazon, this is BN tripping and falling flat on their face.

There is some value in having it integrated into a distribution platform like KDP and Nook Press, yes. That speeds up the edit cycle as you tweak an ebook so it looks better on that particular platform.

It’s not so much that there’s an editor, but that the editor is surprisingly powerful. It can autogenerate in-text hyperlinks (like a Table of Contents), splits chapters and sections with a single button click, generates auto resizing covers, and all sorts of stuff. On it’s own it’s not a big deal, but all of those required either a third party program and/or a decent knowledge of HTML and CSS beforehand.

But now it’s all under BN’s umbrella, and it’s so easy to use that even someone without any prior experience with a markup language can easily make a (nearly) professionally formatted ebook. It means the average quality of self published books on BN’s store is going to rise compared to the other platforms.

That’s why it’s a big deal.

The collaboration features are also a major plus.

I did some digging and found that you can replace the book file in Pubit if it needs changing once it’s already published. I’m sure they’re going to have to change that as new people join and only have access to Nook Press.

I saw this in the FAQ too…not fatal, but it is a pain as one of the key features of any ebook publishing is the fairly easy ability to update the ebook file as needed after launch. Sounds like sloppy app design/data management on their part.

The ability to do seemless updates/title tweaks and not have to re-enter replicate metadata, associated reviews, reporting function is pretty important for biz reasons. And this doesn’t address what beocomes of an ISBN associated with the previous version. The good news is they should be ale to correct this flaw with some backend database tweaks, if B&N puts the effort into doing it right. Clunky and clumsy workflow won’t beat Amazon.

Part of the problem is all these tech sites breathlessly calling this an "upgrade."

I am zero for 2 so far with Nook Press. I have published over a dozen books with PubIt without issue (well, there were some issues, but they got up for sale).

I first tried to publish a new book, and upload an EPUB file – and it never would finish the upload. So I went back to PubIt and it worked fine.

I next tried to fix a previous EPUB manuscript that has an ongoing unique Nook error where text runs over images (it reads fine in every other e-reader, tablet, and app). I Uploaded a DOC, fixed it up in the Nook Press editor to give it chapters that Nook Press wasn’t able to automatically identify, entered in all my info and description, clicked to publish and…ERROR. It won’t finish the process.

I have contacted Nook Press about each of these issues. A couple days have passed and so far no reply…

Hello,
My acknowledgement of having real complications with Nook Press online editor. Yet it is my admittance of me not understanding fully how to best utilize the NP internet software. And when I felt convinced NP was overlooking my struggles to publish with them. They responded with repeated apologies, suggestions – real attention toward resolution in helping me to resolve the issues with their online editor. Although it was still a trial and error process my ebook was revised and published again. It is back on sale.
Regards,
Curtis

[…] & Noble moved from PubIt to Nook Press, though it still has its issues. Personally, I preferred PubIt. Although Nook Press is a slicker platform, I don’t like the […]

Rediscovering this article and my comment on it, I am aware much has changed. One, Nook Press brand name is non-existing with its online publishing software removed.
Or the name may have evolved to Barnes and Noble Press. The newer platform continues to publish independent books online without electronic editing.
B and P press exists, aiding authors confirm in a selection in book sizes, uploading manuscripts, book cover designs, and other details. They will tell you what might halt your book from being published; their staff will answer our questions and offer suggestions.
The platform helped me produced over 30 books, a sizable majority of styled notebooks, and sketchbooks. I had the opportunity to revise my book of cartoons, 57 Selections with Adobe InDesign and Illustrator, publishing it on Barnes and Noble. It was my first ebook completed on Nook Press in late 2014.