to have gone largely unreported, but last week the ebook subscription service Oyster released a new version of their reading app which has some much asked for marginalia options.

Readers can now highlight parts of the ebooks they read, and they can also append notes to the highlights. The notes and highlights will be accessible from anywhere in the reader. In addition to annotating the ebooks users can also share individual highlights to Facebook and Twitter (but not the notes, which are private).

I know several people who like to annotate ebooks they’re reading, and I’ve heard a few comment upon the absence of these features in the Oyster app so I’m sure they’re going to be pleased by the new update.

Or rather the iPhone and iPad using note-takers will be pleased; Oyster is still limited to iOS only. While they are looking to hire web and Android developers to create reading apps for web browsers and smartphones, there’s no definite timeline for the release of the new apps. 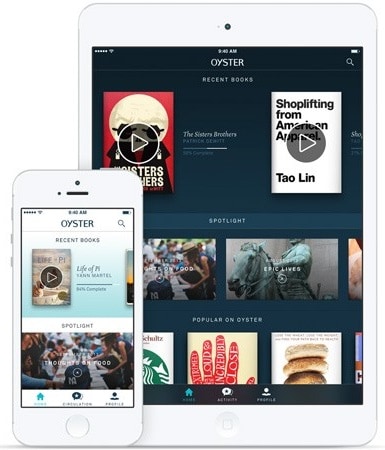 Oyster launched their "Netflix for ebooks" service in early September 2013, and they currently offer a catalog of over 100,000 titles from major and minor publishers. Subscribers can read as many titles as they like for a low price of $10 a month. There’s no word on how many people have signed up, but this startup has been getting a lot of buzz both in the press and the startup sphere. Last week Oyster raised $14 million in a new capital funding round.

You can find the Oyster app in iTunes.