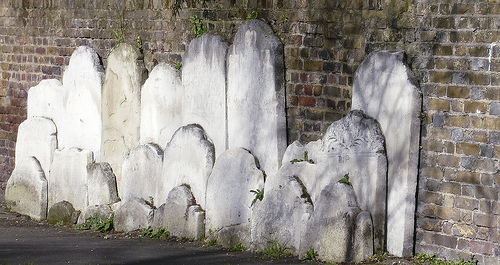 Pandigital, one of the more visible smaller tablet makers that sprang up following the launch of the iPad, shut down earlier this year.

Rather than file for bankruptcy, their assets were signed over to a liquidator to be sold off, with the proceeds going to pay creditors.

In the past few days an email has been going out to past customers. All existing warranties are cancelled, and if you wish to try to make a warranty claim you will need to file it with the liquidator.

The company formally went kaput in July 2012, and I have to say that it comes as no surprise.

Pandigital was pretty good at coming up with gadgets sold at a price slightly cheaper than name brand devices, and once they got past the initial quality issues with the first Novel Android tablet, their hardware wasn’t half bad. The tablets which they released in 2010 and 2011 had decent specs and price for the time, though they of course are underpowered, overpriced, and antiquated by today’s standard.

But their service department sucked, and if they ran the rest of the business as poorly as the service dept then the only surprise today is that the bankruptcy didn’t happen sooner. My first and last encounter with Pandigital’s service dept happened at the beginning of 2011, and based on the readers who kept showing up over the past 2 years I would say that the service dept maintained their usual standards of abysmal customer satisfaction.

Pandigital is leaving behind quite a few different gadgets, including a 6″ ereader, a couple 9″ Android tablets, an 8″ Android tablet, and a half dozen different 7″ Android tablets. And given that Pandigital was also involved in selling other consumer electronics before they jumped into tablets, you might also encounter their internet radios, digital cameras,  digital picture frames, and portable scanners.

There is a surprising number of their tablets still available in retail channels; you would not believe how many views my old posts still get on hacking the various Pandigital devices. I expect to have new readers show up with these old tablets for some years to come.

P.S. Thanks, Joe, for posting that email. 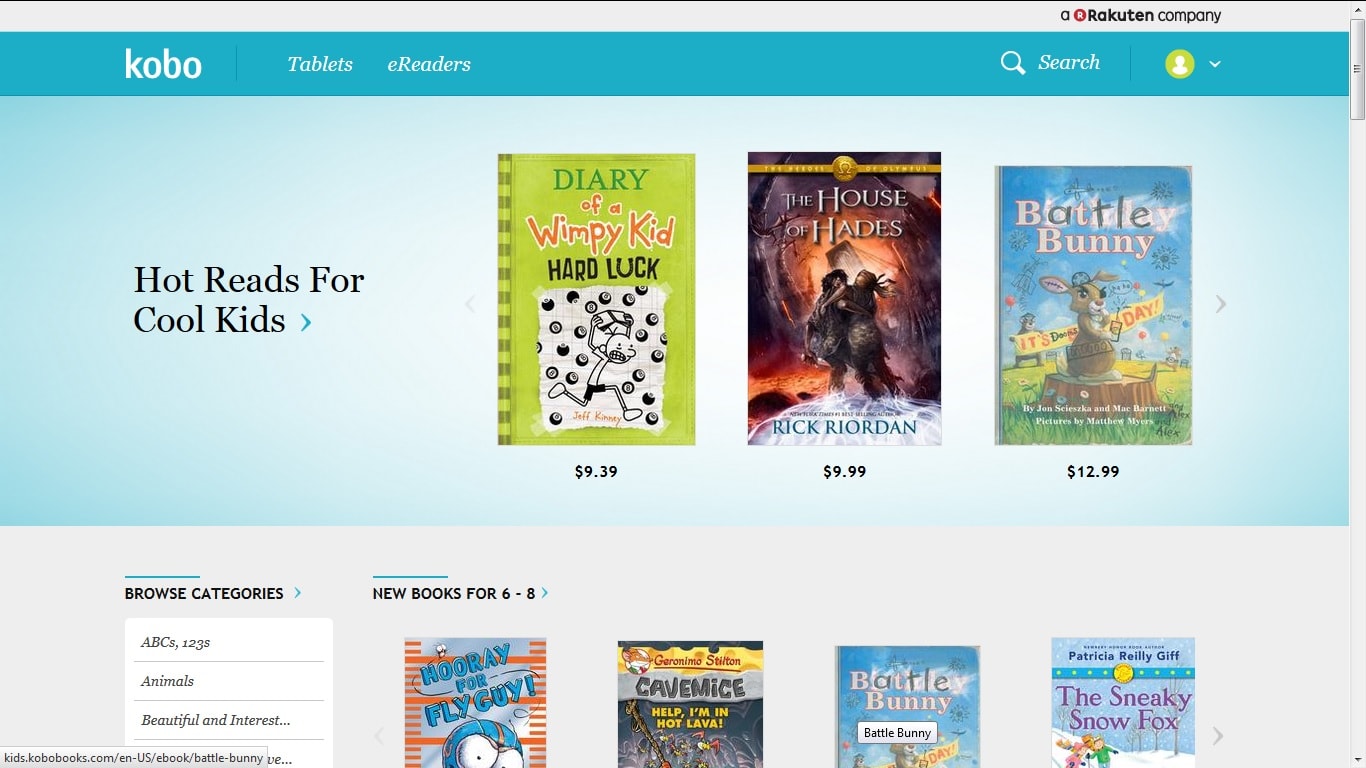 I guess one less crap tablet we need to hear about.

[…] budget tablets at even lower-than-usual prices. Pandigital declared bankrupty this summer, and The Digital Reader reports the company’s inventory is being sold off by liquidators trying to get a fraction of the […]

Actually, Pandigital didn’t exactly spring-up after the iPad.
They were a pre-existing vendor of (rather nice) Digital Fotoframes who shifted their focus to marketting android tablets.
The surprise isn’t so much where they ended but that they actually had a bit of extended success before reality set in. They were relevant for about a year, no?
More blood-letting to come.
The Android tablet space is going to be shedding a lot of brands by spring…

They certainly didn’t have as high of a profile back before they got into tablets.

Nope.
But they have a lot lower one after chasing off after the tablet pot of gold, aren’t they?
"This has happened before. It will happen again."
They never learn…

bolshy yarbles for all

Mr. Nate, I own the Black Novel from QVC. It is 4GB and purple color. I got a case, included stylus, AC adapter and USB connector. I also got the 9″ from Big Lots last Black Friday. Both work great. I bought a Nextbook 3 from HSN and had to get a replacement. It turns on and then, most of the time it forecloses. I have not tried to use it in about 4 months. Nextbook needs to go out of business, at least Pandigitals work. Before all the yakking starts from the peanut gallery, I mean that my Pandigitals both work doing what they are supposed to do. My Nextbook 3 is useless.

Hey Mizzbee
I have an android pandigital that i ordered 3 months ago. i got for a christmes present for my 4 year old daughter. i started trying to set it up using my hotspot and i cant get it to connect let alone anything else.

Thanks for your help

Who is next in the craptab bankruptcy game? Cony? Velocity Micro (Cruz)? Archos?

Velocity Micro is certainly a possibility. They are a lot like Pandigital in that they are a device maker who branched into tablets, only in the case of VM they came from custom built PCs.

On the other hand there is a lot of money in custom PCs, so if they were careful they might pull through.

As far as I can see, no one has picked up their fake iPad Mini, the T508. Not Best Buy, not J&R. If no one will sell their shit, it’s curtains right there.

Pandigital closing up shop, currently being liquidated and not honoring any (previously) existing warranties | GadgeTell November 20, 2012 um 7:28 am

[…] situation. To clarify, sad for any former customers having issues, not as much for Pandigital.Via [The Digital Reader]Follow @GadgeTell on Twitter.TAGS: android, android tablet, cheap tablet, pandigital, tablet 0 […]

Pandigital Officially Out Of Business, Does Not Plan On Honoring Existing Warranties In The Process | TalkAndroid.com November 20, 2012 um 7:38 pm

bad, bad, bad……..out of business and no where to turn. The Sunglow company who now has control says to me "we are not servicing any Pandigital tablets, just scanners.

It is still fresh in my mind. I still get upset when anyone asked me about my tablet. I understand that the company liquidate their assets to pay creditors but this is after they outright stole from me. They were no more than common thieves. If I still had my device, chances are I might have been able to get it replaced by QVC or even get it repaired myself. Pandigital stole my tablet when they asked me to send it to them for warranty replacement and never mailed it back to me. No compensation, just like that my hard earn cash gone. I am a single parent I made the sacrifice to purchase the tablet from QVC as a Christmas gift for my kids and I, I was only able to purchase 1 tablet for the 3 of us, we would take turns using it and six months later I lost it to the manufacturer, who stole of from me. I have not been able to afford another since. I have a stomach ache every time I remembered.

anyway to get an app on the pandigital so you can still purchase and use the reader. Im trying to sign into my barnes and noble acc’t and it says network error.

anyone have a site where you can get support for the pandigital?

Hi.. My cousin gifted me a 7″ pandigital tablet.. I started using the tablet yesterday, and the tablet stopped working yesterday. There is some complaint with its display. Its all grains.. I am very upset. Have no idea about what to do. tried contacting their webpage, it says "WEBPAGE UNDER CONSTRUCTION".. I’ll be happy if you can help me… please…

my wife has a pandigital novel and gets an error message when she tries to go to barnes & noble {service unavailable-dns failure}who can i to talk to about fixing it.
thank you

There are a number of possible causes for this issue. First, do you have the time and date set correctly?

I suspect that your Novel is trying to access a version of the Nook Store which isn’t supported anymore, but you would have to check with B&N tech support to confirm this. I don’t have any current technical info on that tablet, sorry.

For now, I would suggest that you download the Nook app from 1Mobile app market and install it. I doubt that you will have any trouble accessing the Nook store from inside the app.

Okay, I get it I am stupid.
I bought a Pandigital off eBay for next to nothing. But the user guides have been wiped from it, ande the website no longer exists.
How can I get the user guides?
I simply wanted an eReader for books, that was it.