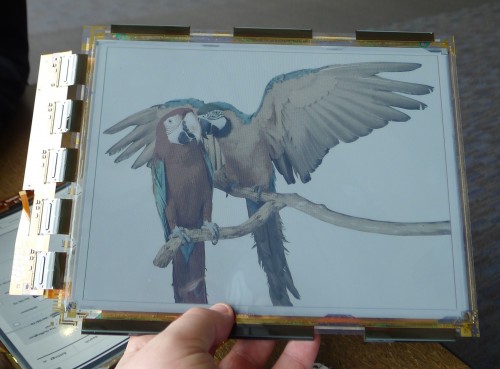 I finally got my hands on the new PlasticLogic screen today. I met with Dr. Peter Fischer earlier today and while there were a lot of questions he couldn’t answer, I did get some details as well as a bunch of photos.

When you look at the photos, note that the ones showing 3 screens also shows them bending at different rates. That’s not a trick; PlasticLogic has screens in 3 thicknesses (780, 330, 130 micrometers). The floppiest screen is the thinnest.

I also got a couple photos of Plastic Logic’s new color screen that I posted about a couple weeks ago. It’s about the same thickness as the 780 micrometer screen, and like the other 3 screens it uses Plastic Logic’s backplane to support an E-ink panel. yes, that’s the same screen material as used in a Triton E-ink screen, only PlasticLogic came up with their own backplane to mount it on. (Here’s what the E-ink material looks like before it is mounted.)

I thought the color screen looked a lot better than E-ink’s screen. It was much less gray and had a slightly higher resolution. And before you ask, I don’t know who did the color filter that is lying on top of the the E-ink component; Peter wouldn’t tell me.

PlasticLogic is still looking to sell this screen to partners, and Peter admitted to having met with the partners at this conference. Peter also told me that PlasticLogic might be postponing their plans for the new factory in Russia due to their recent withdrawal from the ereader market. They’re going to continue to make new screens at their current factory in Dresden. 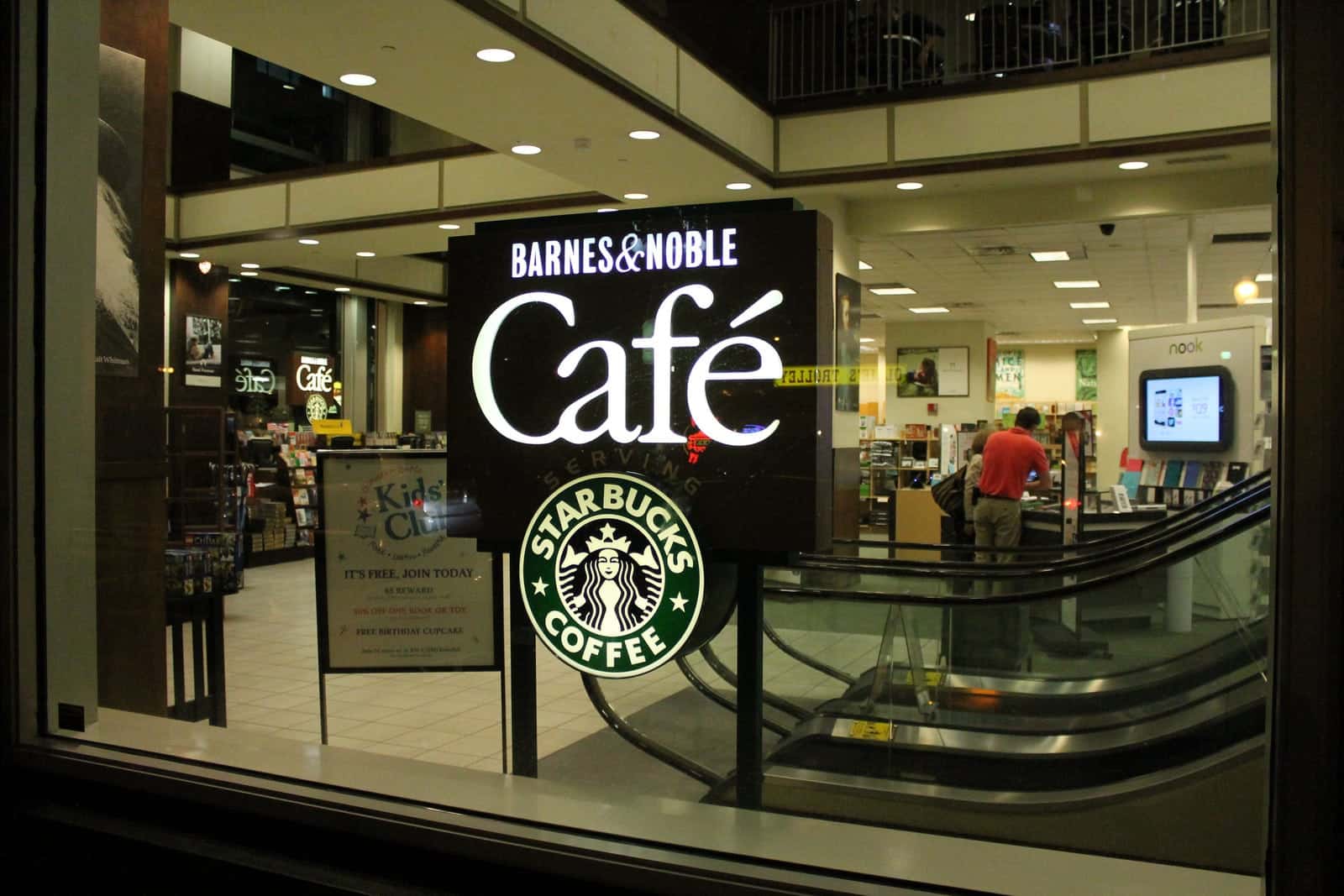 […] made by E-ink. And a few days ago I posted about my meeting with Plastic Logic, including several photos of their screens. Those screens, even though they’re made by Plastic Logic and are commonly referred to as […]