Porter Anderson Wants Indie Authors to Sit Down And Shut Up 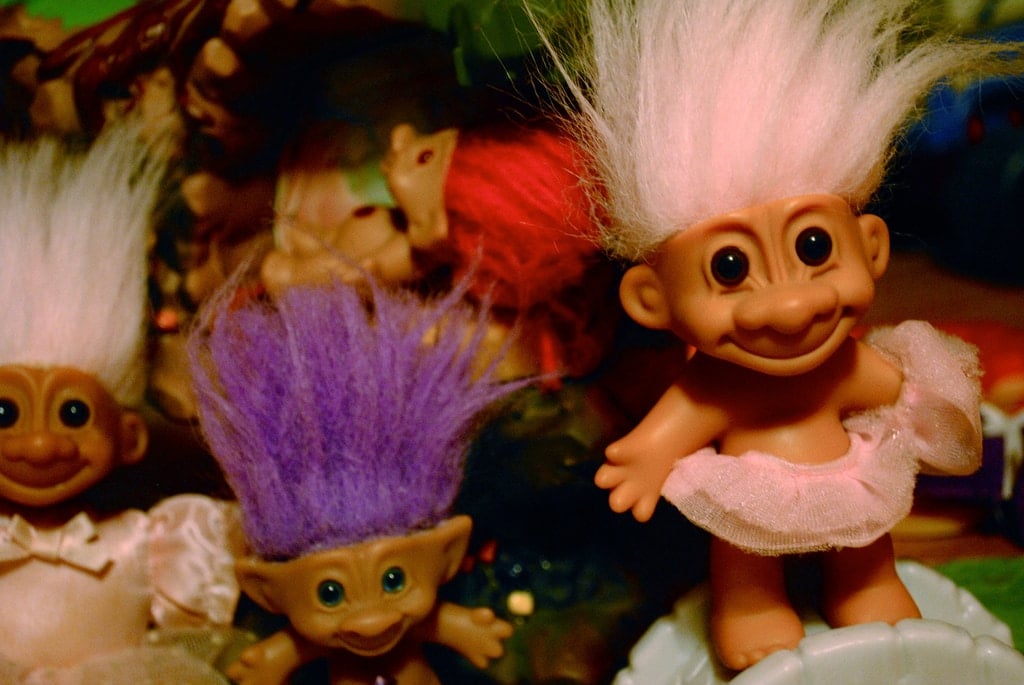 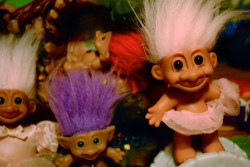 In a classic case of concern trolling, noted publishing industry pundit Porter Anderson calls on leading indie authors to stop being so noisy at recruiting new authors to their segment of the industry.

He posted a piece on Though Catalog on Tuesday which is a work of art. From the offensive straw man parable at the beginning to the "I’m just saying this as a friend" dodge in the conclusion, his article is a subtle argument that authors should get back to writing and leave the business of running the publishing industry to the professionals:

The issue, however, does have to do with a welcome, although still subtle shift in how self-publishers present what they’re doing, as independent publishing matures.

Maybe it’s time to stop stumping for selfpub, itself.

Maybe its time to just focus on the books.

I’m not going to quote any of his points, or debate him, because he is wrong both in how he presents his arguments and in the overall point he is trying to make.

So he doesn’t like the way indie authors are promoting their segment of the industry?

Fine. He doesn’t have to read their posts, listen to their podcasts, or attend their conference sessions. He has the option of simply tuning out the beating of the indie drum just like he ignores me (which happened a couple years ago, in fact).

The fact of the matter is, the drum beating isn’t intended for him: He’s not the audience to which the indie authors are speaking.

To use a political metaphor, the most vocal indie authors are trying to recruit new authors into their political party, and are using arguments which are tailored for that specific purpose. Anderson is in a different political party, which is why the arguments are having no effect.

To be perfectly honest, I too find the indie author stump speeches to be tedious. I’ve read so many that I would like Howey, Konrath, et al to move on to a new topic. But I’ve never said that, nor would I ever make that suggestion, because I know that the posts are part of a broader internal publishing industry recruitment drive – one which is not directed at me.

This post is approaching 400 words. That is more work than I had intended to invest in Anderson’s piece, so let me end with this one simple and obvious point.

That is simply wrong. 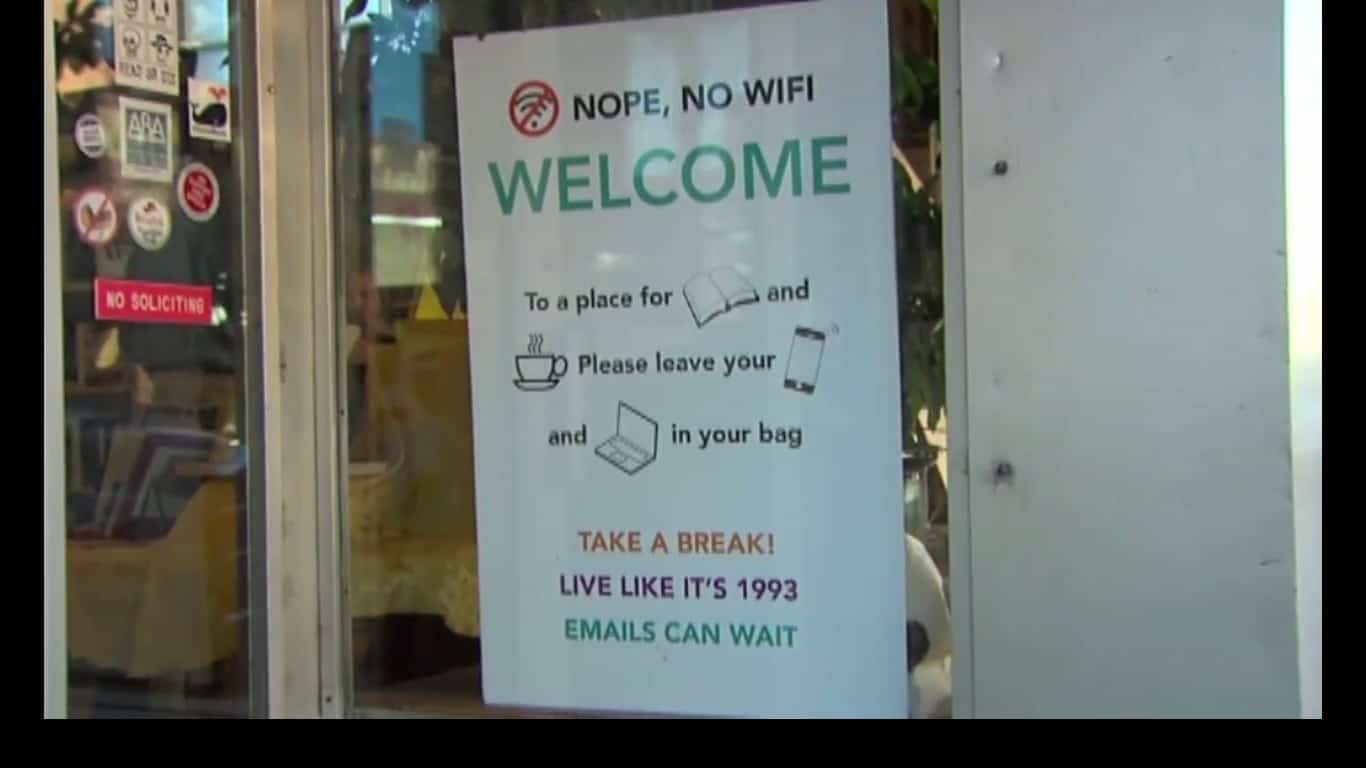 Telling indies to shut up is like republicans telling democrats to shut up so everybody can get their views from FOX AND FRIENDS.

Not going to happen and asking for it only confirms he’s a fool.

Trying to shut up evangelizers only serves to validate the need for them to speak up.

I’ve been accused of beating the indie drum. It’s an accusation I’ll gladly accept. Hybrid publishing is the future. I’ll never forget one highly successful author who told me that after he started publishing his own work he realized that his publisher had been screwing him out of royalties. In the past, authors had limited tools available to look out for their own interests. That’s changed. Fat cats like Porter may be bemoaning that, but there are a lot of small publishing companies and indie authors who "get it" and are willing to embrace the future.

It’s a dumb argument for all sorts of reasons, not least because "self-published" usually plays zero part of any marketing a self-publisher does to readers. It certainly plays no part of my marketing (because readers don’t care who publishes a book). When self-publishers address the question of which path to publication might be optimal, it’s not addressed at readers. Ergo, his argument makes no sense at all.

Seeing as Porter is handing out suggestions, here’s one for him:

Why don’t you convince your new colleagues at The Bookseller to cover the Author Solutions story?

You used to cover it a lot, then that strangely stopped when you started working for The Bookseller. The Bookseller didn’t give any coverage to the dozens of pages of depositions that were filed last month, or even the second class action suit filed against Author Solutions.

Surely that topic is worth at least some of your attention, rather than this straw-man nonsense.

Trade publishing is not a profession, it’s a business. With their current business models and so-called principles and ethics, the people in trade publishing could be selling pizzas without much change in circumstance. Merely selling books does not make anyone a professional–or an intellectual. Too many book salesmen think they’re intellectuals because they sell books. They don’t read books, they just sell them. Same for agents, who the "professionals" let do the work of gate-keeping because it saves them money. It would be best for society if the whole trade publishing game collapsed.

I didn’t start self-publishing until 2013, so Porter Anderson was a name I never really knew. I’m glad I haven’t spent any time getting to know who that is.

I used to pay closer attention, but I stopped reading him over a year ago and haven’t really been impacted.

[…] Porter Anderson Wants Indie Authors to Sit Down And Shut Up: Porter Anderson is a publishing industry pundit who thinks indie authors need to stop being so loud in their promoting of indie publishing, but Anderson isn’t the intended audience and can simply tune it out. […]

[…] time I start to think that Porter Andersen might have a point when he tells indie authors that there's no need to proselytize any more, a post like the following crosses my […]

I’ve just had a run-in with Porter Anderson over on Publishing Perspectives. He doesn’t take well to criticism and, after insulting me, took down my very reasonably response.

My partner also left a response, criticising his imperfect analogy about a chiropractor trying to teach medics new tricks. Not only did he take down her post but he then adapted his analogy based on her argument without having the basic good manners to credit her with the original idea.

The man is pompous, pretentious, partisan, rude and incredibly thin-skinned and has just lost any respect I might once have had for him.

What was your partner’s comment? Can you recall a phrase?

Unfortunately, my partner cannot remember the exact quote she made. If you do have the feed, look for the name Sandie Hutchins if you can.

The gist of the comment was that the doctors of old displayed the same arrogance that no-one could teach them anything but that, nowadays, they are much more receptive to the idea that others can bring experience and knowledge to bear so that the patient can be treated much more holistically.

I can find the comments based on the author, yes, but the comment by Sandie Hutchins did not make it into the feed.

Wow! He must have been fast on the draw! Perhaps he was expecting additional grief, otherwise known as full and open debate!

Hey, at least he let some of your comments through; I haven’t been allowed to comment over on PP since Porter took over.

Apparently the Author Earnings trio weren’t taking this lying down. It seems they have descended upon the comment thread with the righteous fury of a thousand suns, or something like that.

My two posts were the very first comments I ever filed on PP.

I think the first one only got through because I said I had copied Data Guy in on it and it would have been difficult to dismiss me out of hand. I got the measure of Porter Anderson very quickly just from his sneering, dismissive tone towards the Author Earnings report and had a feeling he might not take kindly to criticism.

Subsequent events would appear to have borne out my initial impressions of the man and I very much doubt anything I say in future will be allowed through.

Having subscribed to the PP newsletter for a year now, I do find its writers to be in a state of almost complete denial about the rapid changes taking place within the traditional and self-publishing industries. How supposedly intelligent people can fail to see that they must adapt or die, I do not know. Why any aspiring author would still seek a traditional publishing contract is completely beyond me.

On a positive note, that very denial means a world of opportunity to those who are prepared to seize the moment so the Porter Andersons of this world have their place even if only to spur the rest of us on to greater efforts to go it alone!