Say Goodbye to the Mirasol eReader 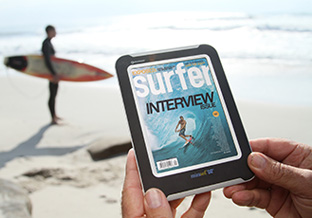 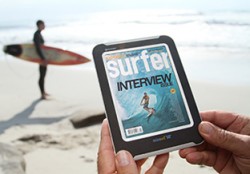 Qualcomm held their quarterly meeting with investors on Wednesday and given the size and magnitude of the bombshell they dropped I’m surprised California hasn’t fallen into the sea.

They’re getting out of making Mirasol screens and will instead be licensing the technology to other manufacturers. (Seriously, how did this not get reported everywhere?)

Mirasol was just one of the many topics discussed, but TBH I’m not all that interested in the many chips (3g, 4g, Wifi, GPS, Bluetooth, CPU) made by Qualcomm; I just want to read about the Mirasol screen tech. Here’s what Paul E. Jacobs, the CEO of Qualcomm, had to say about Mirasol:

With respect to QMT, we’re now focusing on licensing our next-generation mirasol display technology and will directly commercialize only certain mirasol products. We believe that this strategy will better align our updated roadmap with the addressable opportunities.

Given today’s news, it would seem that Qualcomm is having insurmountable issues in manufacturing the screen tech themselves. And that means that they’ll start looking for someone else to do it for them. Good luck with that.

From what I can tell Mirasol is not now nor has it ever been an easy screen to manufacture. And that’s according to a source at the company who used to make the demo Mirasol screens for Qualcomm.

Way back before Prime View International bought E-ink and then changed its name, PVI acted as a manufacturing partner for a number of companies. They used to do small production runs for Qualcomm to produce the Mirasol screen (this was before Qualcomm’s own factory was up and running). According to my source PVI could never get the QA rating high enough for the screen to be cost-effective for the consumer market; too many screens failed the final checks.

And that production issue likely carried over into Qualcomm’s own factory. In checking back over my notes, I see that one of my sources with Pocketbook told me in April 2011 that the reason Pocketbook hadn’t produced the Pocketbook Mirasol eReader was that they lost "about half of the screens in mass production".

I don’t think Qualcomm has seen the success they expected when they bought Iridigm (the original developer of the Mirasol screen tech) back in 2004. That set Qualcomm back $170 million, and the subsequent 8 years of development and production costs would probably have been sufficient to invade a small 3rd world country.

Note, though, that this comes as not much of a surprise. The latest I had heard was that the South Korean bookseller Kyobo, Qualcomm’s first partner, was discontinuing its only Mirasol eReader. And from what I was told at SID Display Week, Qualcomm’s new factory in Taiwan was facing yet another delay before it could get to making the Mirasol screen.

At this point the Mirasol screen is used on a handful of Chinese ereaders, and in spite of what the population would have you think the Chinese ereader market is actually quite small. That’s not a good sign that Qualcommwas able to make enough screens for the US or European markets.

But I’m not sure that imminent death of the Mirasol eReader is all that big of a loss.

Mirasol is one of the several revolutionary screen techs that came and went in the past few years, and like most of its competition there were hopes that it might succeed in the consumer market where Mirasol’s low-power operating costs might provide a great enough benefit to justify the high cost of making the screen.

PlasticLogic is another example of a failed screen tech. As impressive as it was when I saw it a couple months back, their screen was simply too expensive to sell well. After a couple failed devices, PlasticLogic decided to pursue a plan to license their tech, not make it.

And yes, consumer devices were the holy grail of the screen manufacturers. While screens do go on many another device in many market segments, tablets and ereaders were potentially the single largest market anywhere.

No, the New Nook Will Not Be the Nook Shine

Over the past few years, semiconductor power consumption has gone down, batteries gotten lighter, and LCD panel backights have moved to LED from CCFL. Combined, those things have driven even the cheapest generic LCD gadgets into the "good-enough" zone where battery life, while hardly ideal, is adequate.
And as Adam Osbourne used to say: "Adequacy is sufficient."

There is no longer a compelling reason to pay a premium for low-power displays–at least not the kind of premium Mirasol yields need to be viable. Like SED display before them, Mirasol is a technology that succeeds in the laboratory but fails in the marketplace.

Free and open competition in action.

It’s not just low-power, the whole reason for these displays to exist was to be read in direct sunlight.

Uh, that problem was "solved" decades ago with reflective and transflective LCDs.
The "solution" just doesn’t work with TTS Active Matrix so it is heavy and power-hungry. Which means it doesn’t get used anywhere as much and thus costs more than regular TTS LCD.
Remember the Jetbook and Aluratek LCD readers? Their problem wasn’t outdoor readability, it was weight and battery life.
More, direct sunlight is a niche: the more common need is bright natural light. And LCD can meet that need with the right filters and lighting tech. You just don’t see it done much precisely because it *is* a niche.

Chec the explanation here (from 2007):
http://ruggedpcreview.com/3_notebooks_toshiba_r500.html

Trying to use a tablet outdoors or even near a window is not niche. Everyone with an iPad or any other tablet attempts it and gets annoyed when it turns into a $500+ mirror.

Aside from natural light issues, there are also a number of people who dislike reading on a LCD/LED screen, myself included. These screens are simply too bright for extended reading and turning down the brightness or messing with color settings does not adequately resolve the problem.

Outdoor and near a window are two different things.
Pretty much any modern LED-backlight display is perfectly readable in natural light; all it takes is a light sensor and automatic backlighting, which Pocket PCs had ten years ago.
Outdoor readability is for high-noon readability and that needs either strong backlighting + glare fiters or reflective/transflective displays. And that kind of product is not going to sell by the millions but by the thousands.
That is, in this context, a niche.

>>>Uh, that problem was “solved” decades ago with reflective and transflective LCDs.

Solved, my ass. I had a Toshiba GENIO with such a screen. No comparison.

Someone in comments at my blog wondered if the "revolutionary screen" B&N will debut is a co-venture with Plastic Logic. Now this makes me wonder if it’s a co-venture with Mirasol. Maybe B&N worked out the kinks to its own satisfaction?

It might.
Smart money says it won’t.
They *might* be using the right LED backlighting and antiglare filters to get the job done adequately with LCD. It might even give them enough "visibility" to play with the big boys. 🙂

If B&N had people smart enough to succeed where Qualcomm and PVI failed then B&N would have sold the info to Qualcomm. Someone needs to make the screen and B&N isn’t a production company.

Good point: Qualcomm wouldn’t be licensing their design to others, they would be licensing B&N’s insight (patented, of course). 🙂

They wouldn’t have a patent (not yet), but B&N would have gotten paid quite nicely for the work. An 8 digit fee wouldn’t have been out of the question.

[…] to The Digital Reader, Mirasol screens were very hard to manufacture and install and OEMs lost half of the screens in […]

When I check my Acer A200 with ICS' battery status panel, it shows that even at the lowest brightness setting; the battery consumes 65% or so of the power used by the unit over a period of time.

Even if you double the efficiency of the other components like the WiFi, or through better programming, reduce the amount of battery consumption that the facebook app uses; that only just increases the percentage of power the battery uses.

Plus, you just can’t read my A200’s screen in anything approaching moderate sunlight; unless you boost the brightness to superbright levels, which in turn reduces battery life.

Would you be willing to pay twice as much for your A200 if it had a more energy efficient screen? Because that’s what it would cost to add a Pixel Qi screen. Actually, it would be more than twice as much, but let’s not about specifics.

And to be honest I’m not sure the low power screens actually add anything to the battery life. My Samsung Galaxy Tab last longer than my Kyobo Mirasol eReader:
https://the-digital-reader.com/2012/02/25/lcds-cannot-be-read-outside-and-other-nonsense/

[…] a business decision, and maybe a good one for Qualcomm — just not awesome for consumers. [The Digital Reader via […]

"Would you be willing to pay twice as much for your A200 if it had a more energy efficient screen?"

I’d be willing to pay a small premium of maybe $30-50 extra. But like you point out, Mirasol just couldn’t get the tech to work out as far as producibility was concerned.

"And to be honest I’m not sure the low power screens actually add anything to the battery life. My Samsung Galaxy Tab last longer than my Kyobo Mirasol eReader"

So yes, Mirasol simply won’t work out; it’s a failed technology which never lived up to it’s promises, but the need for a more energy efficient display solution won’t go away.

Actually, it might.
What if you had a battery that for the same size and weight held ten times the energy?
(At comparable price, of course.)
Those 8 hour LCD tablets would have two weeks usable life. Or one week and a much lower weight.
Components matter, but they win or lose in the marketplace based on the products that use them. And there is often more than one way to get a desirable feature.
In this case, the desired features are outdoor readable color displays and long time between charges.
Low power displays are only one possible solution.
Higher capacity, lighter batteries are another way to get there. Better lighting and reflective coatings yet another. Maybe active glass will do the trick. Who knows?
Mirasol does have advantages over eink and LCD. But those advantages do not make for a more desirable product. Not yet. Maybe never.