In what was perhaps the shortest beta test in recent memory, the ebook distributor/retailer Smashwords has just officially launched their new Epub only distribution channel.

Smashwords Direct had originally been announced late last year in the response to the requests from quite a few authors, publishers, and ebook pros (myself included). A lot of us take pride in the ebooks we make, and it bothered us that we had to make a DOC file which would then be automagically mangled into a dozen different file formats.  The automatic process is all well and good, but given that we often make a good quality Epub anyway it is galling to watch a poorer quality file be be distributed to iBooks and other ebookstores.

But with Smashwords Direct, the gall is gone.

That second option is going to open up a lot of possibilities for making use of the finer aspects of Epub, which starts at dropcaps and ends with Epub3. But one thing that the second option blocks is the ability to sell in multiple formats, and if an author only uploads the Epub they’ll also lose out on the samples which would be available to any ebook fed through the MeatGrinder. Luckily future plans include allowing for authors to upload PDF, Kindle, and other formats. Support for samples is also planned.

And even in all this good news there is a few serious issues. SW Direct was tested over the weekend and while many of the Epub files looked nice quite a few also failed Epubcheck. Mark reported that nearly a third of the test Epub files failed EpubCheck and thus doesn’t comply with the Epub specification. That is a sign that the ebook is not well made, a detail which is both embarrassing and a aserious issue which will hinder that ebook being sold in all the ebookstores. Apple in particular requires the ebooks to pass EpubCheck.

There was also a few Epubs which reportedly didn’t look as good as the Epub which come out of the MeatGrinder. A survey of the tools used to make the Epub files returned a surprisingly diverse set of answers, including:

The last 3 were the most popular by far, and to be perfectly honest there are at least 2 names on this list that I have never heard of before.

In any case, files uploaded to Smashwords will need to comply with the Style Guide. They will still need to meet certain requirements, some of which are so they can be distributed to the ebookstores (they don’t like you mentioning the competition).

Has anyone tried this yet? How well does it work? 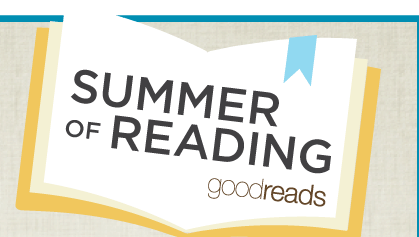 Fortunately I had an ebook just out of KDP to play with. So far the Smashwords upload is just slightly iffy but is probably working. Useful info: I created the ebook in Jutoh (since Scrivener always makes a mess).

I uploaded an epub that passed epubcheck with no errors or warnings. Smashwords had an issue: "File 'META-INF/com.apple.ibooks.display-options.xml' in EPUB not listed in manifest!"

I don’t think anybody else cares about that, actually. Since I wasn’t doing anything fancy, I just deleted the file and re-submitted. It worked fine. I’m sure it’s possible to put it into the manifest, but I’m not sure how.

I uploaded a .doc afterward for the Meatgrinder. It appears that you can do the uploads in whatever sequence you like, and there’s helpful text to walk you through it. You can even choose to overwrite your custom epub with the Meatgrinder version, but it’s not the default.

If anybody else can tell me what to put in the manifest to avoid this issue, I’ll appreciate it. But the book seems fine as is.

I take it back. Smashwords was happy but epubcheck (on my machine) is now showing an error after the deletion. I’m going to research this further.

Okay, as far as I can tell this is just a weird hack implemented by Apple. But it’s necessary for fixed-font books and other tricks. So I guess Smashwords does not currently support such things.

It’s kind of funny that Mark Coker talked about how Apple requires 100% epubcheck compliance, but the "variance" is one that was actually created by Apple.

I’ve emailed Smashwords support about it.

@David I use Jutoh as well, and the way to fix the Smashwords error is in the Epub configurations page, uncheck 'Generate iBooks XML', after I did that the errors stopped and Smashwords accepted it.

Thanks so much for this handy tip! This has cleaned up problems we’ve been having.

Yes, unchecking "Generate iBooks XML" will "fix" it, because it deletes the com.apple.ibooks.display-options.xml file from the META-INF, which means that your carefully embedded fonts won’t work on the Smashwords-generated ePUB that gets uploaded to Apple.

I have yet to find anyone who can figure out how to get the com.apple.ibooks.display-options.xml to manifest to pass an older ePUBcheck like both SW and Lulu have. I have a client with a carefully-crafted book, who wants to be on Apple–it’s the only reason she’s using SW–and "can’t get there from here." We hand-craft our books, and it’s frustrating as hell.

Hey everyone. Has anyone been successful in uploading an EPUB3 with embedded AUDIO through Smashwords? I haven’t found anything about this by googling. Smashwords support once told me they don’t support audio, but if they accept EPUB3 it should still work, shouldn’t it?

It should work. So far as I know SW allows everything. and will only comment if the file doesn’t pass EpubCheck.