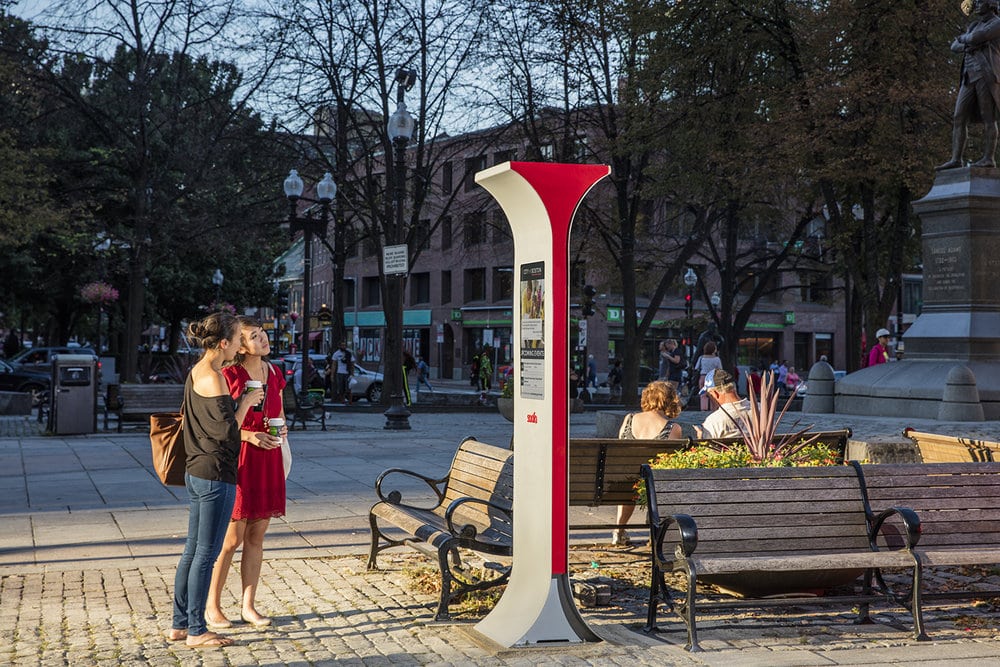 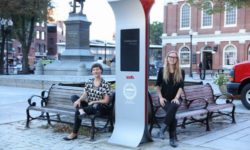 That E-ink sign in front of Boston’s City Hall has now become part of a rather eclectic set. Visionect has partnered with the MIT spinoff startup Soofa to create solar-powered pedestrians signs based on color E-ink screens.

Soofa says the signs are intended to "transform the way cities communicate with their citizens, businesses build relationships with their customers, and how citizens get to know their cities". According to the announcement, the first sign was installed in front of Faneuil Hall in Samuel Adams park in September.

"We’re excited to have been chosen by Soofa to premiere their first-ever solar powered E Ink Sign," said Judy Wang, innovation fellow with Boston’s New Urban Mechanics, in a statement. "The sign encourages visitors and residents to engage with each other through the use of social media, and is another indicator of the many city efforts to activate the spaces in which we work, live and play." 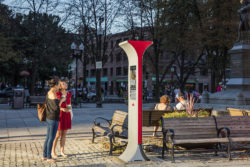 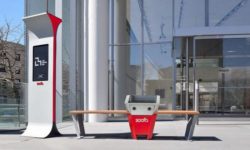 When the sign was installed it just shows Boston Mayor Walsh’s Twitter feed and upcoming events in Boston, but Metro.US reported that it will display details about municipal services like BOS:311 as well as providing residents with real-time transit updates.

And as the signs become more numerous they could be used to convey public announcements about inclement weather, alien invasions, and important events.