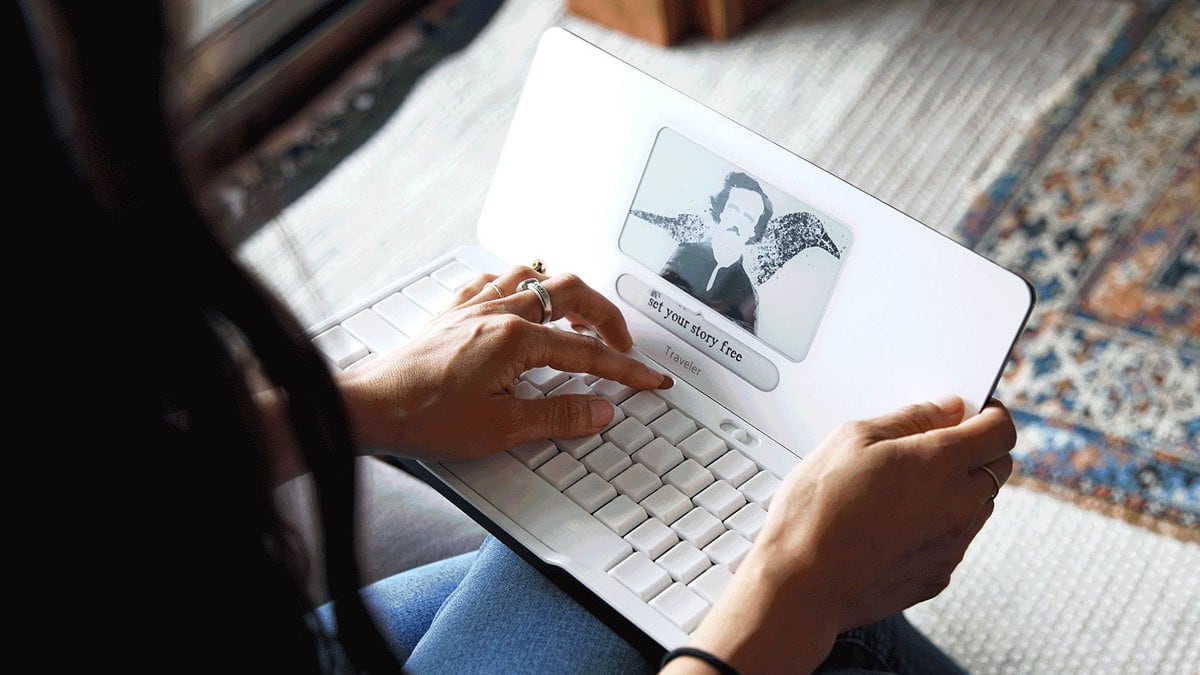 Over the past several years I have written about several E-ink laptop concepts that might one day make good writing tools. None have gotten past the concept stage (not even the Onyx Writer) but that is about to change.

I just got an email from Astrohaus, makers of the Freewrite hipster typewriter, announcing their new, smaller, distraction-free writing device.

Folks, meet the spiritual successor to the venerable Alphasmart Neo:

The Freewrite Traveler is a netbook-sized device that fixes many of the shortcomings of the 3-year-old Freewrite. The Traveler weighs less than half of the Freewrite, is promised to cost half as much, and folds into a compact clamshell.

Where the Freewrite only counted as portable if  your goal is to be seen lugging its heavy aluminum mass around, the Traveler is small enough that you could conceivably slip it into your backpack next to your laptop.

It functions essentially the same as the Freewrite, though; both devices are strictly writing devices. They don’t have any apps, and the Freewrite doesn’t even have an editing feature or a way to transfer files via USB. Instead, your work is synced over Wifi to your cloud accounts (Dropbox, Evernote, Google Drive supported).

Astrohaus has been showing off the Traveler since about March, but I don’t think it’s gotten much media coverage yet. I can’t find any videos or blog posts, or much in the way of photos.

It is officially launching on Tuesday, so the dearth of coverage will probably be resolved by tomorrow. 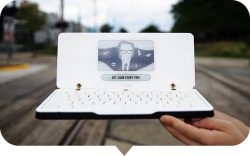 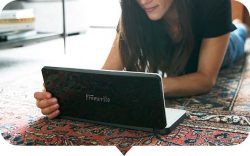 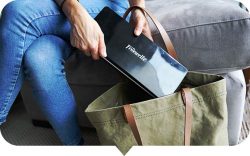 What do you think of the design?

In form it reminds me of the  netbook that Palm tried to launch a decade ago. That device never reached the market because Palm realized they had already been beaten by netbooks running Windows.

In function, this reminds me of the Alphasmart Neo. Released in 2004, that was one of the last in a line of classroom writing devices from Alphasmart. The Neo was little more than a keyboard with a small LCD screen – just enough hardware that you could bang out a paper, but not enough that you could play games on it.

A lot of us have fond memories of Alphasmart or one of the several devices that stepped into its niche; how do you think the Traveler will compare to them? 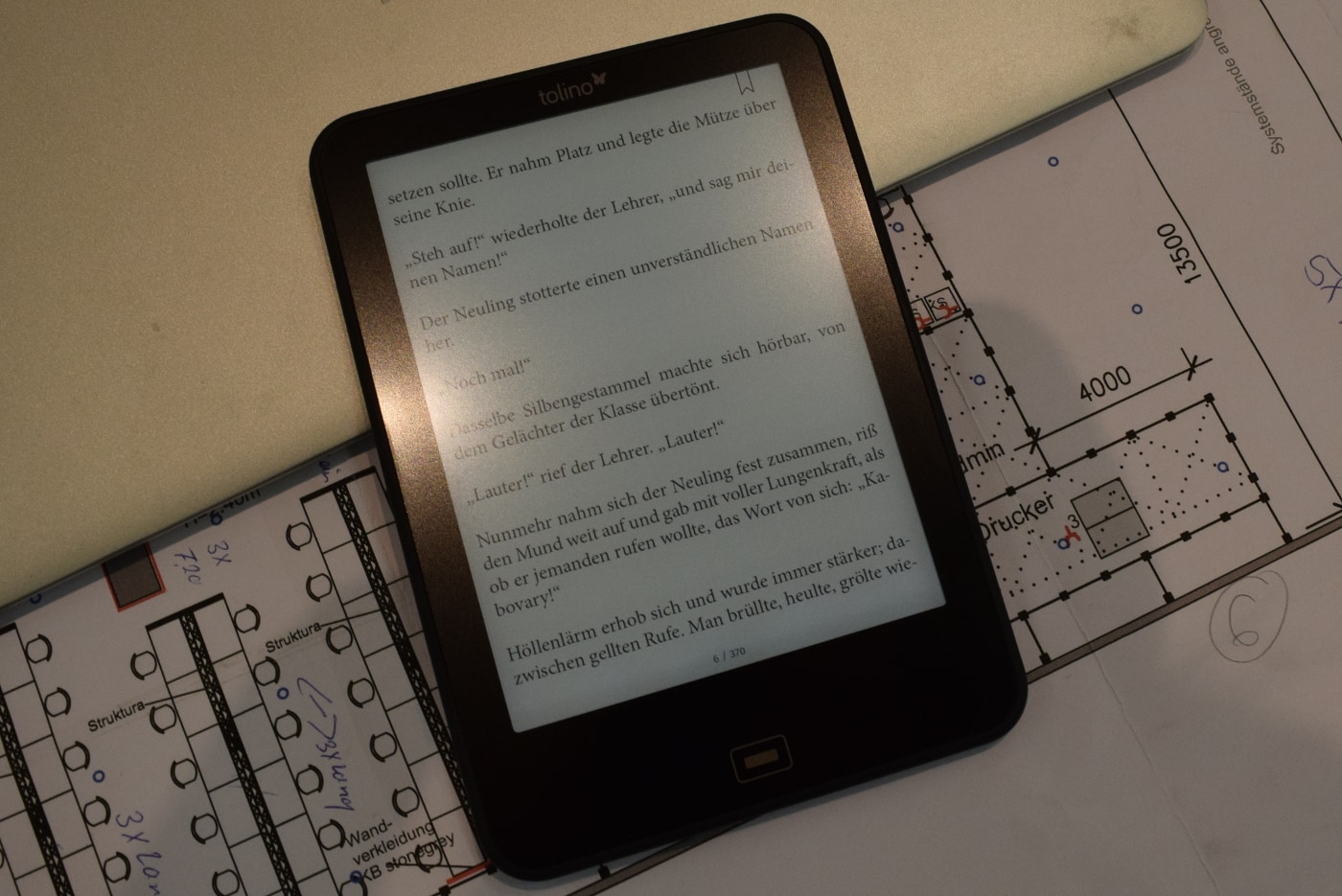 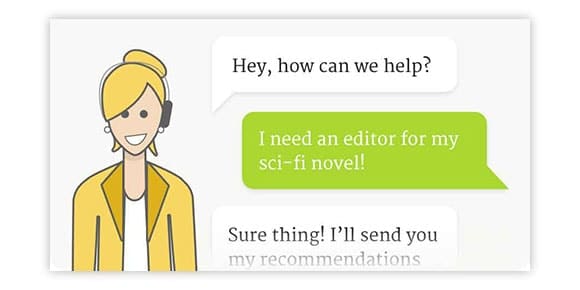 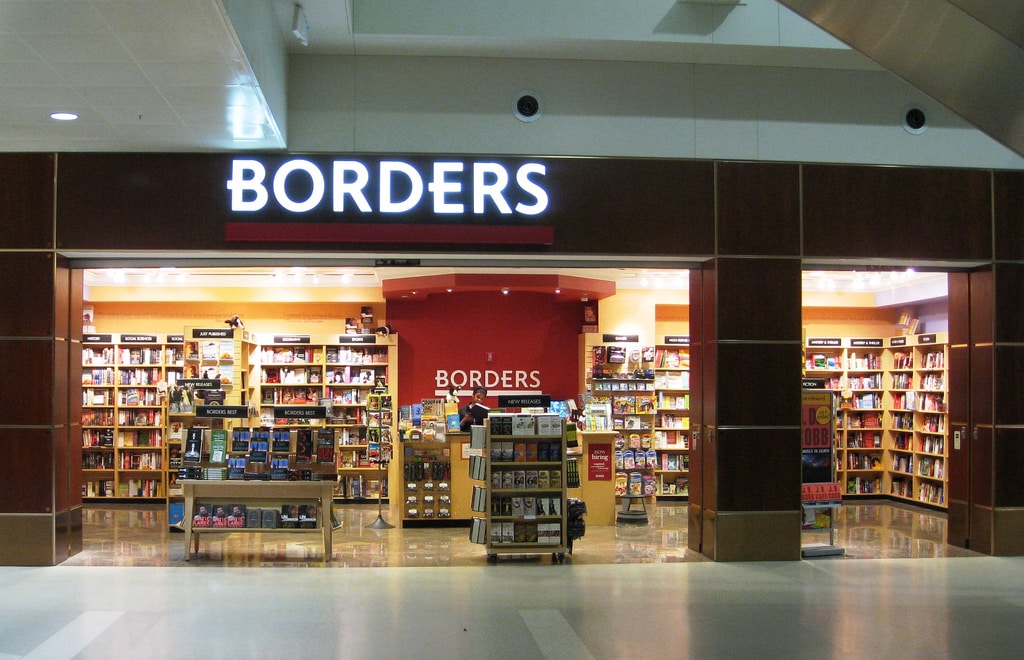 Q: Will my ebook reader die with Borders?

So, you were a fan of the Neo as well as of the Nokia 770. (I was seduced by the look of the 770 but actually got an N800 which didn’t look nearly as nice but had more power.) I found the Neo very frustrating because, while it was a beautiful keyboard (full-size keys in a very portable form), it was just too noisy to be used in a library or a lecture hall.

But does it have arrow keys? From all I can find, they have been very silent on this most requested feature. No arrow keys, still a deal breaker and I’ll keep using Neo, which I learned about because of you, so thanks Nate!

However, if it has arrow keys then I am highly interested. 250 is a fair price, it has a nice big screen compared to Neo and I’ll probably place an order next week. I just want to hear more feed back on how the keyboard is, battery life, and if it has those darn arrow keys.

The photos seem to show an image in the screen – what is that?

I think it is Edgar Allen Poe

Is that screen used for something useful, like displaying the typed text? Or is the smaller screen underneath the only one that displays typed text?

And it’s actually a single screen; there’s a divider on top.

And alternate keyboards to the US standard?

Lots of errors on this article. Their crowdfunding launches Tuesday, not the actual product. The 50% off is only for early bird finders, they never listed what the actual price was in the email.

Yes it has arrow keys. I’m excited for this lighter version and will place a preorder Tuesday but doubt I’ll get the actual product until Christmas or New Years.

It launches tomorrow, and ships later. That is not an error.

That form factor looks terrific. I’ll be interested to hear more about the keyboard — what kind it is (mechanical?), what switches, etc.

I’m usually wary of crowdfunded/kickstarter stuff, but they managed to ship the Freewrite, so that gives me a little more confidence they’ll come through on this one.

Why not simply buy an 8″ Android Phablet?

I currently use an iPad Air 2 in a Zagg Slimbook case (roughly equivalent to your proposal, just no Android), and I can write on it, but I think the Freewrite Traveler is an interesting form factor with the e-ink screen. It’s a more dedicated gadget, certainly, but sometimes I like to be dedicated to a particular task.

My complaints are why no USB transfer or micro SD card reader. I’m becoming increasingly reticent to upload any ingredients on the cloud and want a local storage options

Same here, Xavier! I will not even consider it for this very reason. The Alphasmart is just so much smarter, at least for writers.

Well, my Neo cost me $25 and has an awesome keyboard that doesn’t hurt my hands to type on it. Plus I don’t have to use an internet connection and the batteries last an AGE. Pass.

Hipsteroids with no history wind up reinventing a WinCE device. Rubes throw their money at them.

Not even that.
WinCE text editors had editing functions.
(Plus WinCE had optional full feature WordProcessing.)
If this thing doesn’t (as it claims) it’s just a paperless typewriter.
The hardware may look cool but the software sounds prehistoric.
Even Scott MacNeally admitted you needed cut and paste editing.

You’re probably right at that! A regression!

I forgot to add, I don’t like it is reliant on their servers. What if they go out of business? Right now you can’t upload to google or dropbox until you go through their servers first.

Somebody should revive the Radio Shack Model 100 laptop with a backlit screen, wi-fi, and a USB port to get the data out.

Art – the Neo does not have a noisey keys — quieter than most laptops. I should know as I own 5 Neos. It’s the original Freewrite that has loud cherry keys.

Nancy – I hope you are right about the arrow keys on the new design but I am doubtful. The pic on website shows a red key on either end of the bottom row which could be arrow or, ideally, customizable keys. Guess we will find out in 8 hours.

To have an easy on the eyes screen and force one to offload and edit on a harsh-to-the-eyeballs screen is ludicrous and an exhibition of poor design.
Demand will be a lot higher if there are simple arrow keys (a lot of pent up demand).
I will never buy a keyboard device with no arrow keys (and don’t buy into the astrohaus founder’s total b.s. on this).

Nate/TDR – It looks like the designers still cover part of the screen with plastic, like the old model. This strikes me as pathetic design. If they want metrics and command lines or whatever down there, fine, but user should otherwise be able to use 100% of screen for text (i.e. a less distracting writing experience with what is dubbed "Your distraction-free writing tool"!). Agree?

They launched today. Some questions answered and others won’t be answered until delivery. $309 now. Regular price will be $599. The savings of 50% of regular is only on 2 unit purchases.

Arrow keys? Sort of. Hold down red new key and then type one of 4 letters for up, down, left, and right. (BTW, what year is it?). Also have page up and down regular keys. I’m OK with this.

Screen: e-ink but maybe without the outside-in-the-sun benefits (or inside and easy-on-the-eyes benefits) as the prototype shows plenty of screen reflection (not the fake Edgar Allen Poe prototype). In a FAQ they said they would work on this. So maybe good and maybe not. The white inside plastic around the screen is also very reflective. Also, the designers dumbly still cover a good portion of the screen with plastic.

Keyboard: didn’t mention it having the cherry switches like the Freewrite. They did provide details so does anyone know if the new keys are quiet enough to provide "a distraction-free writing experience" for not just you, but those around you?

Delivery: next summer 2019. They say shipment by late spring (China) and delivery in summer. Also, they note that, if we get in a trade war with China, buyers will have to pay the tariff/tax. A bad tariff could be 25% so that could boot up price from $309 to closer to $400.

File saving offline: a new real benefit is that, in addition to cloud files, you can turn off wifi and tether to your computer for backing up/transfering files.

Current mood: undecided. Nate had me hoping for $250 price 🙂 The lack of arrow keys had been a no-deal, but I would consider holding down "New" and then clicking "W" etc (yay retro!). Distraction-free writing; distraction-full editing. Potential of glare on screen negates some benefits of e-ink.

The design aesthetics of this company always unimpresses.

Nate: Why can’t someone just make a kindle paperwhite type device you can connect to your wireless keyboard?

David, you’re right that the Neo didn’t have Cherry-type keys — I wouldn’t have attempted to use anything with a Cherry keyboard in the British Library! I did try to use the Neo there once (or maybe twice, to make sure I wasn’t mistaken) and it was an embarrassing experience. Noise apart, it was a very comfortable keyboard to use. I think the problem wasn’t so much the key mechanism as the echoey case, which sounded as if it had plenty of empty space inside. For me, the Neo was a so-close-and-yet-so-far device. These days, I’m very happy with my 2013 MacBook Air. I do most of my writing in Notes.

I bought a Neo in September. Now write as much in a day as did in a week on the computer. In the same time. I plan to buy another Neo this month. I could buy 10 for the cost of anything like it. I will probably stop once have five of them though.

When you reviewed the Traveler, were you annoyed by the lack of front light? Was it difficult to see the screen due to no light?

I haven’t seen it yet, but I don’t expect the lack of a frontlight to affect usability.

I would think a successor to the alphasmart neo 2 would at least have arrow keys.

[…] model weighs eight pounds, costs $550, and launched several years ago, and the second model (the Freewrite Traveler) costs $369 and is expected to ship next […]