"TLDR This!" Can Automatically Summarize an Article or Blog Post 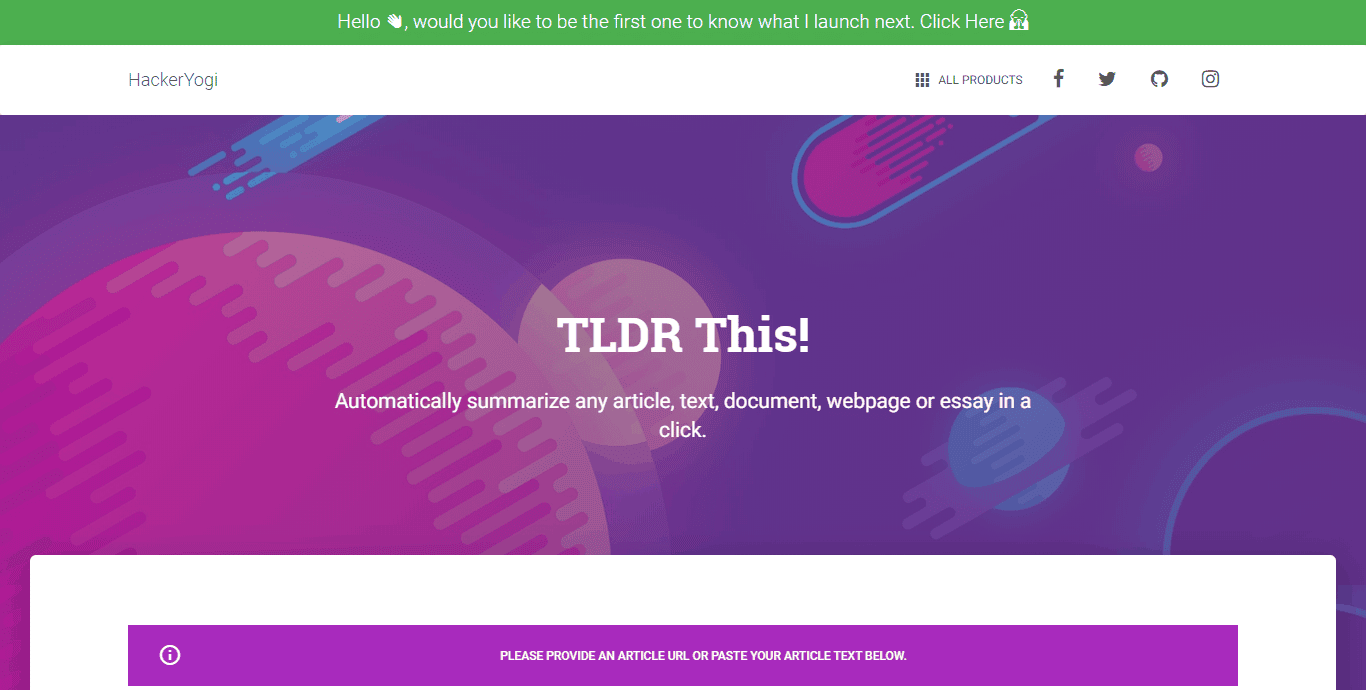 Bots capable of scanning and summarizing a written work are still a relatively inaccessible field of AI research. At least, I don’t know of any free user-friendly tool that can pull it off, and the one tool I just found just isn’t very good.

A reader just pointed me to a new tool called TLDR This! (Thanks, Tim!). This free tool will scan an article and attempt to automatically pull out the main points. It was a fun thing to play with on a Sunday afternoon, but does not work very well. 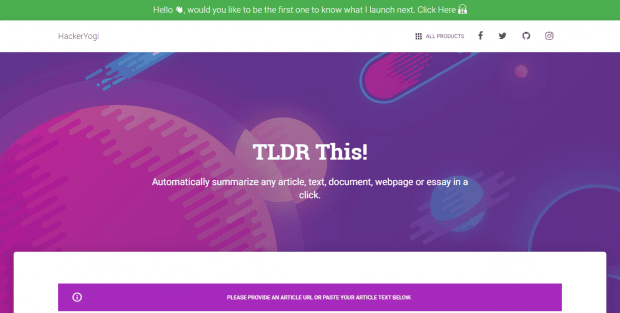 I tried this tool with a couple of the articles I gathered for tomorrow’s Morning Coffee post. The first was an article on why AI should not be allowed to write for us. The key points were summed up as:

I then fed it an article about a reading app that deletes what you write of you leave it sitting for more than 5 minutes. The summary didn’t even come close:

The inefficacy should not come as a surprise; this tool tries to do in under a second what would take a human a half an hour or more.

I would expect that a bot which could actually summarize an article – and do a good job – would take at least several minutes and require enough processing power such that the developer may not want to foot the bill for a free public tool.

Or at least, that’s where the tech is today; ten years from now you will have a similar bot running locally on your smartphone.

But that’s for tomorrow; have you tried TLDR This!? What did you think?

India to See 25% eBook Sales Inside of Three Years?

Kobo on the Borders Collapse: We’re Not Borders!

[…] today I published a post on a bot that could summarize any article you gave it. That bot did not do a good job, but it did remind me of a similar writing […]