announced today that they had scored another ebook exclusive. Open Road Media have just signed a contract with Amazon to provide 7 recently converted books written by Albert Einstein. The seven digital works that will be exclusive to the Kindle Store are:

So here’s a guy who has been dead for 55 years, won’t benefit from this transaction, and yet his works are still under copyright rather than belonging to us all. How is that right? What’s worse is that if you read over that list, you’ll see how little copyright matters to the creation of these works. Did he write the letters or essays because he planned to make a profit on them?

This is one of those rare occasions where I can’t help but feel that some publishers are ghouls, picking over the bones of the dead. 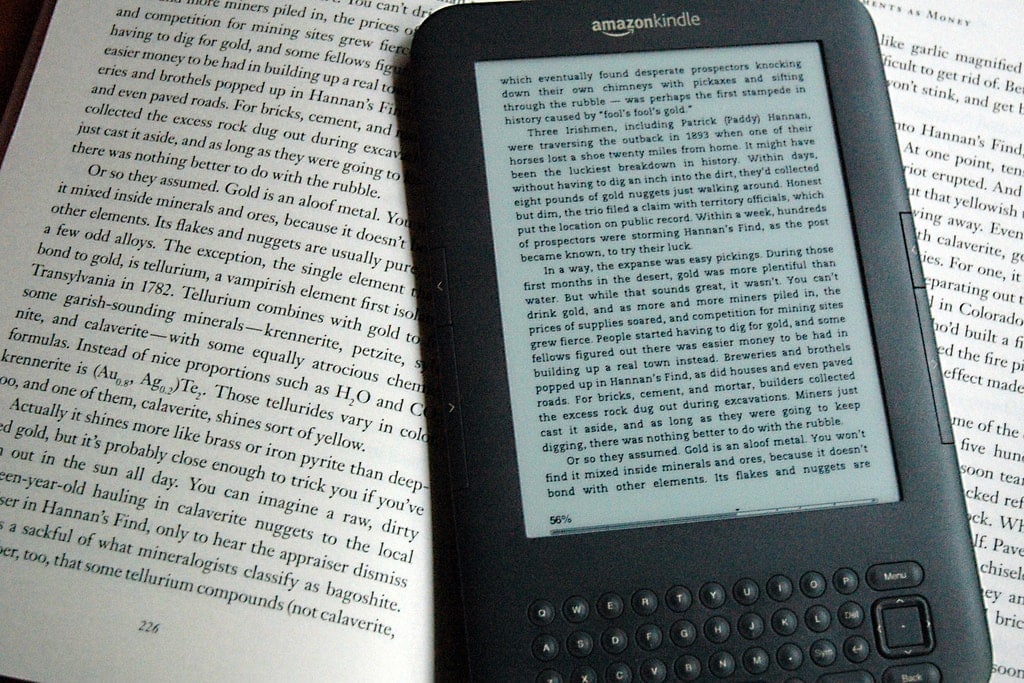 How Many eBooks Do You Have on Your Kindle?

Even worse, these are another seven books that will be unavailable to libraries in an electronic format.

That’s an even better point.

Hey, there’s lots of money to be made on the backs of dead writers. Just ask Google.

This article made it to the Zite technology section.

You can blame Disney for this one. As the 50th anniversary of Walt Disney’s death approached, the corporation pushed to get copyright extended from "life+50 years" to "life+75 years." That’s the reason why so many books are public domain in other countries but still copyrighted in the US.