One of the largest college systems in the US has just launched an open source textbook pilot.

The Virginia Community College System announced on Monday that it had secured a $200,000 grant from the William and Flora Hewlett Foundation. The funds will be used to launch a pilot program at 15 of Virginia’s 23 community colleges.

Based in part on Tidewater Community College’s OER (open educational resource) Z-Degree initiative, if all goes well this pilot is projected to save some 50,000 students over $5 million in its first year alone.

And that is not an exaggeration or a typo; it could well happen.

With 273,000 students enrolled each year, the VCCS is one of the largest college systems in the US. It accounts for 60% of the undergraduates in the state, many of whom attend a community college because they are cash-strapped.

Virginia’s community colleges are focused on offering technical certificates and two-year associate degrees, and as a result the colleges have a high concentration of students taking basic classes like Biology, Physics, or Chemistry 101.

These are the same students who are screwed over by textbook publishers each time those basic textbooks are re-released as new editions every third year, but now thanks to the pilot at least some of the students will have a chance to avoid wasting hundreds of dollars on textbooks that they cannot resell.

Instead, the students will have the opportunity to download perfectly functional and free digital textbooks which were customized by the colleges to fit each school’s academic requirements.

In fact, some students already are using those textbooks. At least two community colleges in VA have been developing their own textbooks for the past several years. In addition to Tidewater mentioned above, my local Northern Virginia Community College (NOVA) also started using OER textbooks in its distance learning classes in 2013. These classes are taught online, and the switch from print to free digital textbooks saves students the cost of shipping as well as the cost of textbooks.

NOVA librarians also maintain a resource page on OER curricula, although it’s not clear whether it is widely used.

No matter whether that page is used by instructors, today’s announcement is still bad news for Follett, Nebraska Book Co, and most especially B&N College. These three companies run the college bookstores for many of the 23 community college systems in Virginia. Less money spent on textbooks means lower revenues, and that in particular means trouble for B&N as it proceeds to spin off its college bookstore division.

As I pointed out when B&N made that announcement 3 months ago, the college bookstore industry is in a state of flux. Bookstore revenues are declining at a lot of schools (including the three that signed deals with Amazon), and while programs like the pilot mentioned above are not the cause of the drop in revenue, they are contributing to it.

As college textbook prices continue to skyrocket at rates faster than inflation, healthcare, or housing, students are spending less and less.  In short, the above pilot is merely the inevitable end result of textbook publishers pricing themselves out of the market. 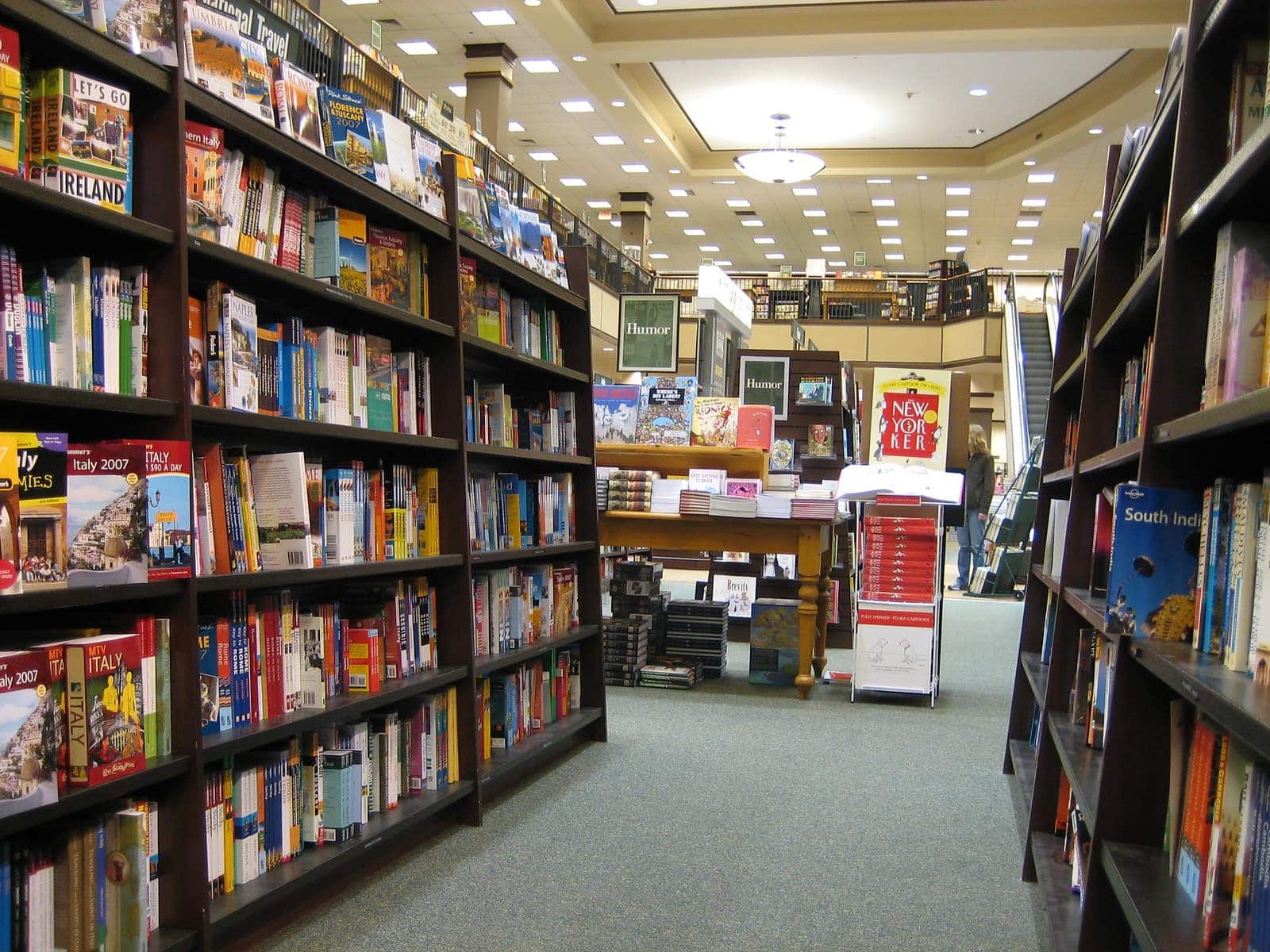 "These are the same students who are screwed over by textbook publishers each time those basic textbooks are re-released as new editions every third year, . . . " If publishers revised texts just to take advantage of students, your rhetoric would be justified. But there is another possibility as well. The economics of textbook publishing, especially in the hard sciences, are not the same as mass market publishing where low price is the goal. All textbooks have to be updated to keep abreast of the constantly emerging stream of new knowledge. There are high editorial expenses incurred. Textbooks are generally hardcover, full-color, Smyth-sewn books made to last, some of the most expensive books to produce. Publishers could sell students cheaper, out-of-date books–but is that a benefit? If your assertion is true (that publishers are just money grubbers), then textbook prices should decline sharply to compete with new textbook forms, and publishers will still be profitable and stay in business. Or publishers will shave margins, try to cut cost, but eventually go out of business because high quality textbooks are not cheap commodities. So what is really happening is an experiment at this point. Hopefully, what is best for students and higher education will win out.

There’s no need to revise the Bio 101 Chem 101, and other basic textbooks every few years. The basic info in the intro textbooks doesn’t change nearly that quickly, and students don’t need the latest cutting edge information.

And as for the costs, I call BS. I know of one school district which used OER material to make its own AP Stats textbook. They paid 3 authors to do it over the summer, and the total cost for creating the new edition and printing enough copies for all the students was a hell of a lot less than what a textbook publisher would have charged for the same number of copies.