Wattpad Partners with SoundCloud to Add Soundtracks to eBooks 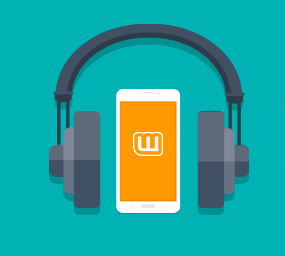 Wattpad rolled out an update for its Android app yesterday which adds new options for audio soundtracks. The app lets creators embed clips from Soundcloud in their stories, and it also lets authors record their own clips.

The new features lets authors narrate dialogue, create audiobooks, add soundtracks to their stories from their Android device, and much more. "Audio clips can bring stories to life. Wattpad writers can use sound effects to add impact to a story, narrate an excerpt, or share a playlist to entertain their readers in a new way," said Tarun Sachdeva, head of product development at Wattpad.

Or at least that is how it is supposed to work; I updated the app but can’t find a way to embed audio or record my own soundtracks for the story I tried to write.

Luckily, it would seem that I might be alone in having this problem.

As part of kicking off the new features, Wattpad has assembled a new reading list consisting of 18 stories that already have soundtracks. You’ll need to update the app to listen to the audio, but once you do you will enjoy a more immersive reading experience.

Or at least it is supposed to let you listen to the soundtracks; this is not working for me either. And I can’t figure out why.

In the hopes that this will work for you, I’m sharing this bit of news anyway. I might not be able to enjoy it but I would like to hear what you think.

Update: Wattpad told me the following morning that they had not rolled the feature out to all users at the time they published the blog post.  It has now gone live – but still won’t work for me.

You can find the Wattpad app in Google Play.

Same experience here. Just updated to the latest version, but I can’t see a way to add audio to a story or experience the audio from stories already said to have it.

Thanks. I’m still frustrated but at least now I know it’s not just me.

I have it now, though all I get when I try it is a "Cannot play audio at this time" message. Happens in both reading mode and create mode.

Feels more like a beta test than a rollout. I wonder if this is why it’s not available in the iOS version. Apple doesn’t catch every bug, but if they did see this problem when the update was submitted they’d insist Wattpad fix it before letting it through. I know Google says they do human review now too, but I really think they’re just looking for malware or potential copyright issues and don’t really examine functionality.

Interesting (translates to bummer) the option only exists via Android. I’m both a Wattpad and a Soundcloud user (with recorded excerpts of a story) but cannot participate as I don’t have an Android device.

What’s worse is that it doesn’t even exist via Android – not for me, anyway.

Jeeeez, is there any chance they’ll make this happen for iOS? I would kill for this feature but I don’t own any Android electronics.

[…] Wattpad Partners with SoundCloud to Add Soundtracks to eBooks […]

Wattpad: The Hills Are Alive with The Sound of Music | The Independent Publishing Magazine April 28, 2015 um 5:25 pm

[…] to the Android app. It’s not available for iOS devices. Secondly, I’ve read that some users have experienced glitches with it or simply couldn’t find the feature when they downloaded the newest version of the […]

[…] Wattpad Partners with SoundCloud to Add Soundtracks to eBooks […]

[…] to help writers tell stories, Wattpad has released a cover-making app, and earlier this year they added background soundtracks as an […]

Already have soundtracks? Can’t listen to ’em .. could someone help?