Will You e-Read on Your ‘e-Frigerator’, Redux 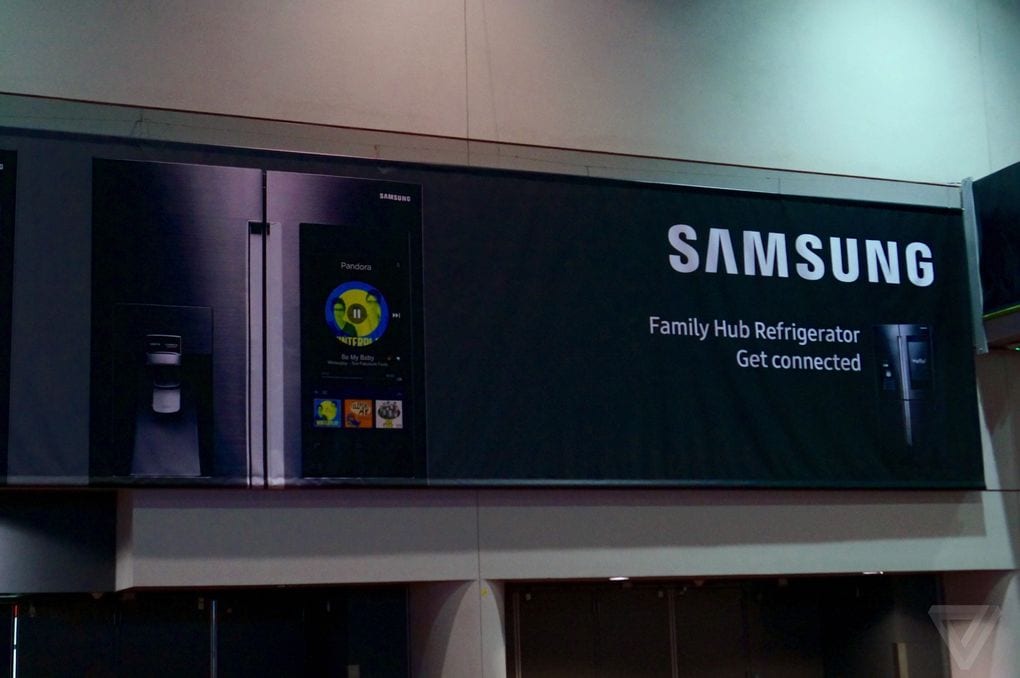 Chris Meadows over at Teleread brings our attention to Samsung’s next refrigerator. It comes equipped with a large screen but something tells me that we’re not going to be reading on it.

TheVerge reported earlier today that the electronics giant’s next venture into the internet of stuff will be a massive refrigerator featuring a huge LCD screen. That blog is in Las Vegas early for CES next week, and it spotted the new fridge on several of Samsung’s banners. 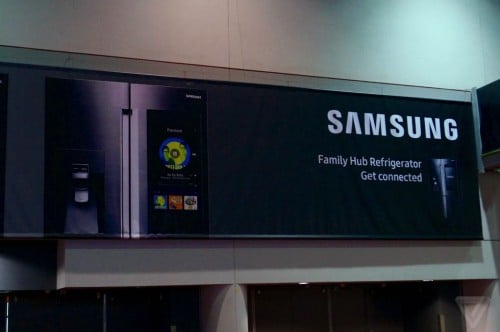 We really don’t know anything about the new model yet, but if it is anything like previous models it will likely also have Wifi, a card slot, and quite a few apps, including Pandora, memo, and photo apps.

Now, this is an ebook blog, so naturally we want to know if anyone plans to read on it? That’s a question I ask about almost every gadget, including the WiiU, and in the case of Samsung’s smart refrigerator’s the answer is most definitely in the affirmative.

Past models have supported an Evernote app, as well as an app that could let you read headlines from the AP. That’s a good start, but I for one would like to see an app which would help me search the web for recipes based on what’s in the fridge (and my cupboards). Right now I usually run back to my laptop to find and read recipes, and it would be nice to read on it.

But let’s stop kidding ourselves; most of us aren’t going to read on that refrigerator because most of us can’t afford to spend four grand on a basic appliance (no matter how capable).

While we might like to debate the possibility of reading on Samsung’s v0.02 Monolith, I think it’s far more like that, if we read on a refrigerator at all, we will be reading on an iPad suspended in an aftermarket mount (like this one from Belkin, or this one from Satechi).

Four thousand dollar refrigerators are great, and so is the internet of stuff, but there’s something to be said for cheap after market solutions that don’t have high price tags, can’t get screwed up by firmware updates, and work with tech we already have. 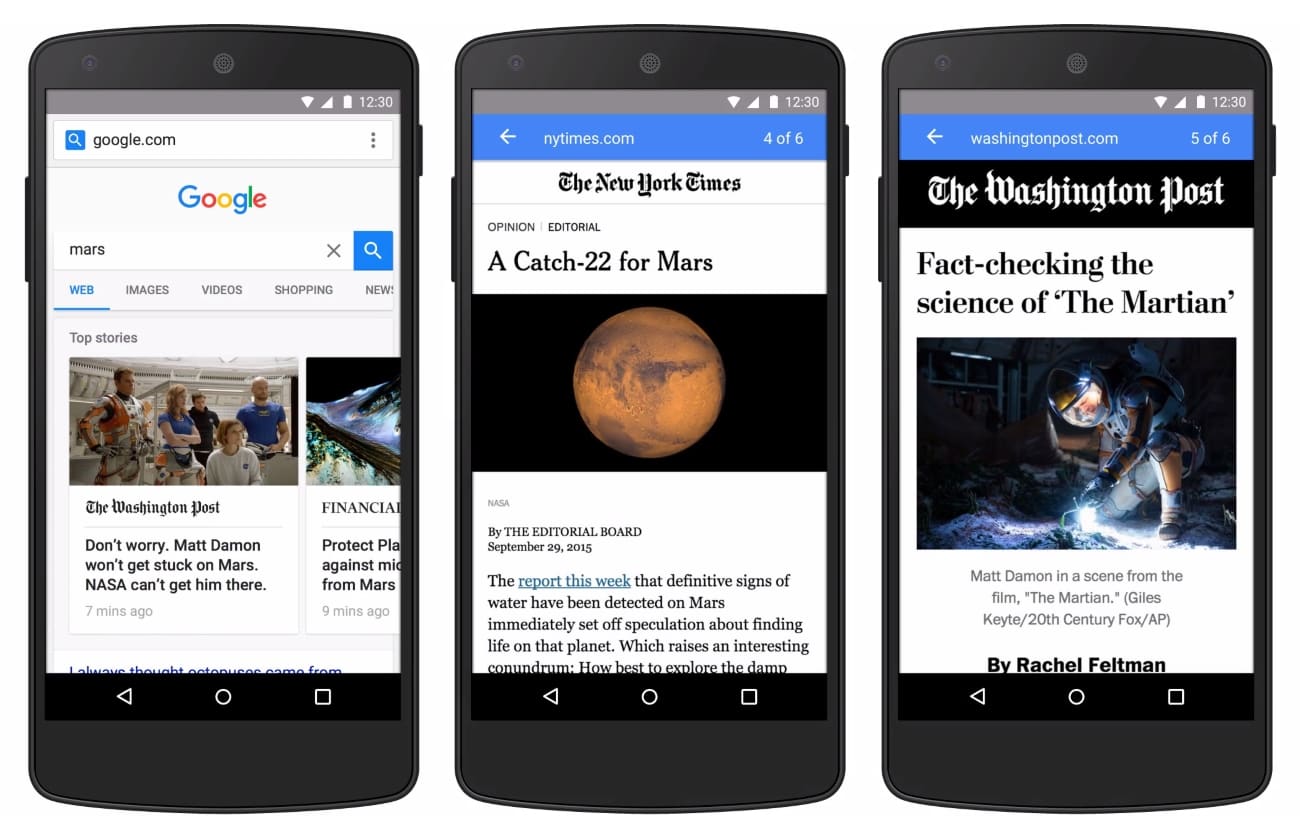 Nate, I’m trying to get my head around the idea that someone who spends a lot of time reviewing and testing eReaders and tablets has to run back to his laptop to check recipes.

Seems difficult to understand how any refrigerator with a computer screen would be an improvement over a regular refrigerator and a $50 Fire filled with recipes and a wifi connection. In fact, I can easily think of a thousand situations where the second is preferable. (Like being able to take your recipe book grocery shopping.)

My iPad is usually streaming a video or playing music when I am cooking, and I don’t want to interrupt it. And frankly, I’m much faster at finding info when I have a KB and mouse than when all I have is a touchscreen. Rarely do I look up a single recipe; I usually find a bunch of similar recipes and fudge them all together to create something new. That’s just easier for me on a KB than a touchscreen.

But I do agree with you that a regular fridge and a tablet trumps the smart fridge in terms of price, and functionality.

BTW, I take notes in pencil, on real paper.

Reading wise you could do audio books i guess.
You could also video chat while cooking and even get help or take a cooking class.
Things an aftermarket solution couldn’t do would be to see what’s inside the fridge on the screen, maybe have an app that can identify each product. Barcode reader , Samsung Pay , voice commands to adjust setting, set alarms,edit shopping lists and even order products. If you really want to make a better fridge,you can do that but knowing how bad everybody is at product design, i wouldn’t get my hopes up.

I want my smart refrigerator to come with a supply of programmable RFID tags that I can slap onto items and then have the fridge tell me how fresh stuff is without opening it. Even better is the future where food packaging includes RFID tags, so just by putting the food in the fridge, it will inventory and keep track of freshness. Increase the range of the RFID reader and it can even include foods in your cupboards.

[…] after the first announcement of this “Fridge of the future,” ebook blogs Teleread and The Digital Reader both asked the question, “Can you read books on it?” After, all isn’t that one […]