Wiser Wants to Help Readers Sort the Web – for a Fee

comes to helping readers find their next article, free services like Flipboard and Zite are getting all of the attention but the real money is in selling this service to corporations.

A new startup has just raised its first million dollars, and it is reportedly launching this week with the goal of tapping into that corporate market. Wiser is the work of serial entrepreneur Sandeep Ayyappan, whose name you might have heard in connection with Delve.

Like Delve, Wiser is a news curation service, but the early descriptions sound subtly different:

Ayyappan is pitching Wiser as a workplace tool for companies that want to let co-workers share reading material with each other. The idea is that each Wiser user will see their own feed of work-related stories, culled in part by an algorithm and in part by other employees, who will suggest stories they think their colleagues should read.

Wiser will offer different bells and whistles, like the ability to annotate the text, depending on the payment tier. Ayyappan is offering a free version, one that costs a company $49 a month, and a deluxe package that will go for $499 a month.

In comparison, when Delve launched two years ago the press coverage was focused on its collaborative and discussion features.The Delve website is gone, so I don’t know how long it retained that focus, but the services are close enough that I think it’s safe to say one grew out of the other. 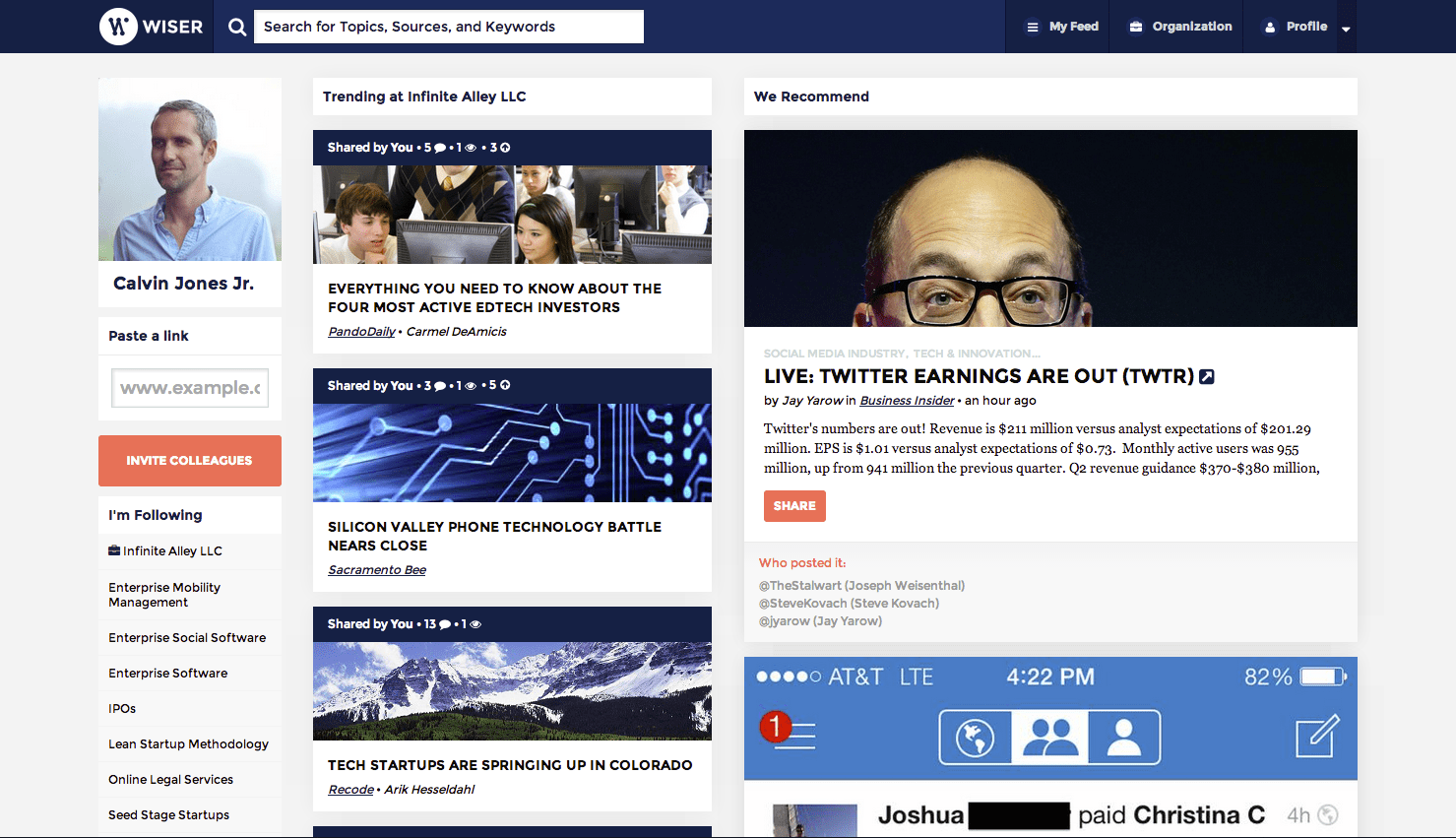 The paid market for news curation may not get much attention, but it’s not new. Delve/Wiser is the second company I have written about which offers this kind of service; during the Readerpocalypse last summer I happened upon Curata. This seven year old company has been providing a service similar to the one offered by Wiser, and it boasts a customer list which spans quite a few industries.

Zite has been acquired by Flipboard and Curata Reader is now closed to the public. I seem fated to find out about the interesting stuff too late! 🙂

The Curata demo is closed? Thanks, I didn’t know. I checked to see that the company was still operating and didn’t look further.