Newscorp’s entry into the education market, the Amplify tablet, didn’t receive a lot of user reviews before being sold to waiting school districts; that may have been a mistake.

One school district in NC put their 1:1 program on hiatus just one month into the school year. They discovered that some 10% of the Amplify tablets issued to students were being returned with cracked screens or suffering from malfunctioning power supplies. Guilford County Schools, a public school district that serves 71,000 students in and around Greensboro, NC, announced on their website on Friday that they had withdrawn all 15 thousand Amplify tablets that had been issued to students. The tablets were distributed as part of the PACE pilot program, and were funded by a $30 million grant from the Dept of Ed. Race to the Top-District program.

GCS says that they pulled the tablets after receiving 175 complaints of malfunctioning power supplies, some 2,000 complaints about defective cases, and after 1,500 Amplify tablets were returned with broken screens. That is a 10% breakage rate, and it is almost unheard of in consumer tablets.

Of course, that 10% doesn’t mean anything without context, so I did a little digging.

SquareTrade, the 3rd-party warranty service, reported in early 2012 that 9.8% of iPad 2 and 2.8% of original iPad tablets broke in their first year of use.

Update: A couple people have taken me to task for my misuse of statistics. Clearly I don’t know nearly as much as I thought I did.

On a related note, I have also been told that Worldreader, the nonprofit that distributes Kindles to remote schools in Africa, saw a 30% breakage rate when they first distributed Kindles in Ghana in 2011. Susan Moody Pietro, a spokesperson for Worldreader, told me that in order to fix the durability issue:

So we did a couple of things.  We did in class exercises to teach the students that e-readers are delicate devices (one example is that we had the kids drop an egg and we showed them that the screens were breakable, like an eggshell.  And we sent the broke Kindles to Lab 126 and they got to see that the screen needed reinforcement, which came out in the next launch of Kindles.  I should mention that the breakage rates we were seeing at the time matched a similar school program in Clearwater Florida, so it wasn’t a developing world vs. developed world issue.

Amazon responded to Worldreader’s high failure rate by figuring out how to build a better Kindle, and between that and Worldreader’s training program I was told that Worldreader’s breakage rate was now under 4%.

In the end most accidental damage to tablets is caused by either user error, random bad luck, or poor construction. And that brings me back to the Amplify tablets bought by GCS.

According to the product page, the Amplify tablet has a 10″ screen and runs a modified version of Android 4.2 on a Tegra 3 CPU with a 5MP rear-facing camera, wifi, and a microSD card slot. It is leased to schools at a princely $200 per year for 3 years, but curiously enough only comes with a 1 year warranty. 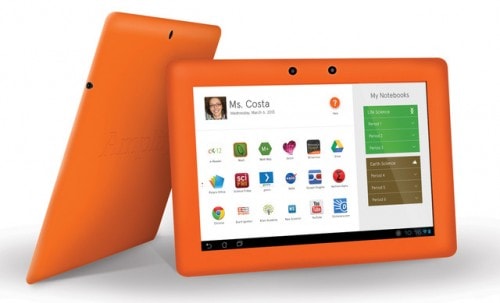 This tablet was always intended to go into schools, and that is why it was supposed to have been built with a layer of Gorilla Glass over the screen. This was in the contract that GCS signed, and it was also mentioned prominently in the early news coverage of this tablet. According to the school district, none of the Amplify tablets that they bought had that protective layer, which might help explain why so many tablets broke.

Or to put it another way, the absence of Gorilla Glass is a sign that someone cut corners on the build quality for this production run. Given that there were also complaints about misfitted cases and defective power supplies,  I am not terribly surprised.

But do you know what does surprise me?

Also, that MeMO Pad 10″ tablet costs under $300, which means that schools are paying at least an extra $300 just to get the software from Amplify. I wish I could say that I was surprised.

As I reported when the Amplify tablet debuted in March of this year, this tablet is NewsCorp’s "solution" to the "problem" of education:

This 10″ Android tablet is the focal point of a new educational platform whose goal is to move more money from the $500 billion K-12 education sector and put it in Newscorp’s pockets.

And here I thought I was being snidely cynical when I wrote that back in March. Nope. 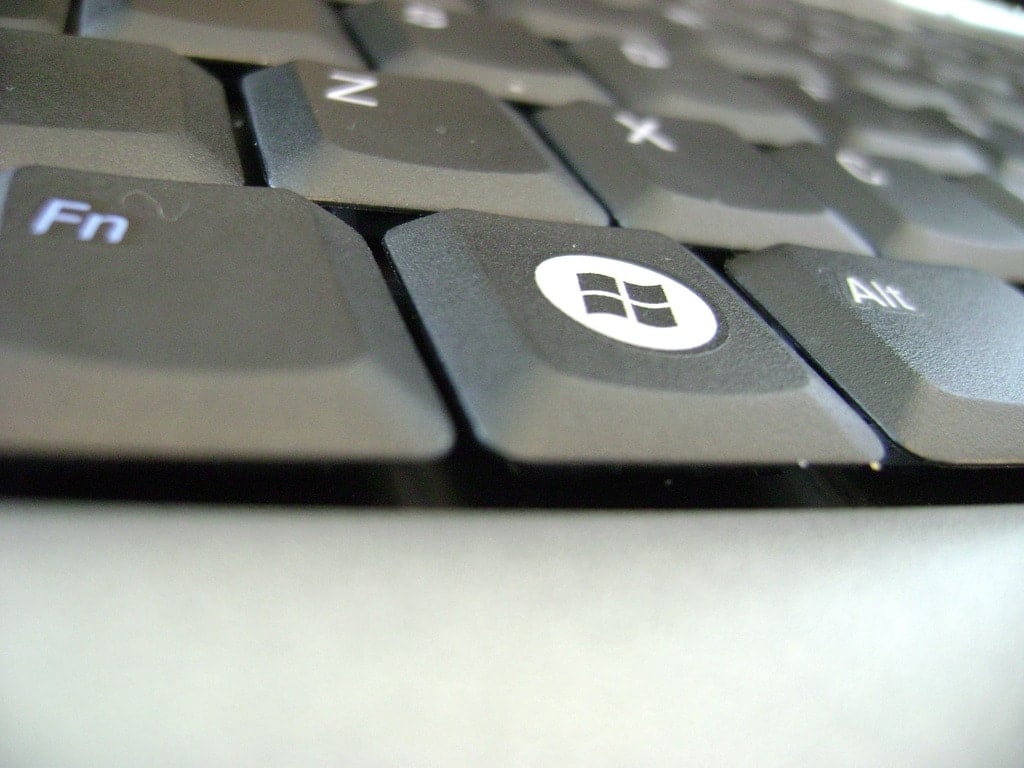 I’m confused about your numbers. The amplify had 10% breakage and the ipad had 9.8% that’s not 10 times the breakage.

I agree that the schools are getting ripped off and I’ll bet that the software is crap. Living with these things for 3 years is going to really hurt.

Yes. That was a typo. I fixed it but the correction didn’t go out the RSS feed.

We don’t know when the Apples failed in that year. While the rate of failure of the Amplify tables are greater than the Apples, you can’t do a simple annualisation of the month’s failures, as that will result in more than 100% of the tablets failing.

You can argue that you have to account for any replacments which are provided, as SquareTrade probably does in their figures – but that doesn’t really make a difference because it causes the total number to increase. In the case above, it would be 10000 plus the 7099 which were replaced. Then you have to account for the failures of those, etc.

It’s been long overdue that our education system began integrating technology that our children will grow up using. It’s a shame that after such a long wait, the process seemed rushed so much that the technology was inadequate and the schools were practically robbed.

Why exactly do kids need to grow up using the tech? It’s not like childhood is going to be their last chance to learn this stuff.

Or are you going to argue that everyone who had to learn it as an adult, including those who invented it, are hobbled by that limitation? I don’t see how that is the case.

do the contract or grant have any allowance for replacement of broken devices? clearly in a pilot program of this type there should be some replacement support built in tot he contract. plus the power supply issues will be covered by warranty, yes? are there district wide policies about who pays when a device breaks etc?

did the district know the devices were coming without gorilla glass before receiving them?

The district didn’t know that the tablets lacked Gorilla Glass until after the tablets started breaking.

And while there might be a warranty, it wasn’t intended to cover a situation as extreme as this one. If this breakage rate had continued then almost all of the tablets would have needed to be replaced by the end of the school year.

Also, the warranty shouldn’t matter given that the contract specified Gorilla Glass. With luck the school district will be able to exchange the current tablets with ones that comply with the contract.

yeah they need to have all the tablets switched for the GG issue.

i wasnt suggesting the screen/glass breakage be covered under warranty i was suggesting the power supply issues should be. breakage replacement should be spelled out in the contract(after all thats why the price is higher than retail) and in district guidelines to parents and students.

"This means that the Amplify tablet broke at a rate 12 times as great as that of the iPad 2, and yes you can draw a conclusion about the relative build qualities."

Mmm… no.. that’s entirely wrong (and shows a common misunderstanding of how percentages work and why you have to be careful when comparing percentages of things…)

Moreover, the iPad 2 and these tablets have almost EXACTLY THE SAME rate of breakage (either per month or per year – doesn’t matter).

You have another type-o to fix. It’s taken to task. Not taken to take.

Damn. Fixed it. Thanks.

I’ve seen pictures of the fried plug-ins, and they are melted! Talk about a major fire hazard.

Even if the glass hadn’t broken in so many, it was smart to recall all the units.

How many fried chargers did you see? There are conflicting reports.

In England 1/2 of the iPads were broke. Any simple look will show the game going on to rob school districts and drive them to bankruptcy with these overpriced toys and that is what they are is overpriced toys of no use next to a laptop for screen, keyboard and memory. My cheap laptop runs circles around the expensive Mac’s so what is a tablet, a piece of junk. Just because the are Kool does not mean anything in the real world. If 98% of the businesses run Windows and we are supposed to be training them for the real world why use Apple?

The there is the financials. In Texas they spent $2,538 each and had problems. LAUSD just approved $1,598 each. Don’t just look at the tablet high price, actually higher than at Walmart for the same thing, but at the total cost and that districts are using, illegally in California, school construction bond money. No big deal breaking the law to PORK our friends at the expense of our youths future. I have massive data including internal district documents.

[…] Remember the news from last month about the school district reporting a huge number of broken tablets? […]

[…] Nate Hoffelder from The Digital Reader has written an extensive blog post about the context of these tablet failures, and in particular he highlights an example of  breakage stats when Kindles were first introduced in classrooms in by WorldReader: […]

[…] a few months into the school year, the district has already recalled and returned the devices after widespread reports of broken screens and faulty […]

[…] to rent their academic materials on a 3 year license. You might recall that the Amplify’s first major deployment was fiasco due to serious hardware issues, but one equally important detail is that the school district in […]