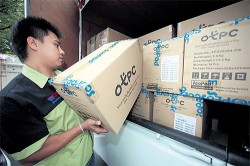 OLPC, the One Laptop Per Child program, is determined to switch to tablets for their next device, but the XO-3 tablet won’t be out until at least 2013. Not everyone is willing to wait that long.

Just over a year ago Thailand decided to launch their own independent OTPC program, and the first shipment is coming off the trucks this week. This first shipment is going to first grade classrooms in 20 schools spread across 8 provinces of Thailand, and reports indicate that an additional 800 thousand tablets will be issued to first graders this coming year 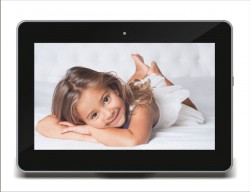 The device in question looks to be a 7″ Android tablet from a Chinese manufacturer. It looks to have rather mixed specs and is running Android 4.0 on a Rockchip 2918 CPU. (Luckily it gets better from there.) The 7″ capacitive touchscreen has a resolution of 1024×600, and the tablet also has Wifi, Bluetooth, a pair of 2MP cameras, mike/speaker, and a g-sensor.

“The students who will receive the tablets will be able to take them home, if parents and teachers allow them. The children will have ownership of the tablets after three years,” said Education Minister Suchart Thada-Thamrongvech.

Thailand also plans to distribute another 800 thousand tablet to 7th grade students this fall, but not all of the funds for the new tablets have been budgeted until the 2013 fiscal year, so there’s always a chance that this program will dry up. The 7th graders will be getting a more capable tablet which is expected to cost around 12,000 baht (~$379 USD). 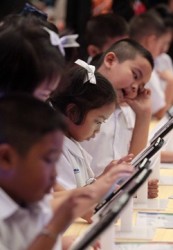 On a related note, Apple is also participating in the project. They’ve donated 600 iPads to be used by students in 20 classrooms, and Apple is also organizing training courses for teachers. “Apple will train teachers to use the tablet and develop education applications to share in Apple’s App Store. The project participants will be able to use iCloud service to store content. The project will kick off this year,” said a senior Thai official.

Thailand has a population of around 70 million, with a school age population (primary and secondary) of  just over 10 million. Over the long term this project is going to supply tablets to all Prathom (grades 1 through 6) students, though it’s not clear when this will happen.

New curriculum is currently being developed for grades 2 through 4 which will make use of the tablets, but it’s not clear when that will be released to the teachers. The Office of Basic Education Commission (OBEC) that it’s ready to distribute the tablets to the first graders now, and that it has 336 learning objects ready for use by the students.

So will it work? There have been some doubts that the Thai government was truly prepared to retrain teachers to make best use of the tablets rather than simply tossing them in the classroom in much the same manner as the Peru OLPC project. But I am reasonably confident that this project will turn out well.

Thailand is currently in its second decade to reform and modernize its education system. They’ve made significant improvements in teacher to student ratio, attendance, and the general quality of teaching. While this doesn’t guarantee that the tablet program will be a success, it does indicate that the Thai Mibistry of Education has the right general mindset.