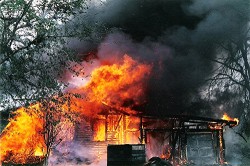 A major story happened last week in the self-publishing sphere and it looks like it slipped under the media’s radar.

Even though the story is past, it is still so muddled that I am still working on finding out exactly what the hell happened. Today I decided to take a few minutes and post some background. Hopefully this should shake some trees and help me get to the bottom of this.

Lendink was one of a number sites that sprang up in 2009 and 2010 as a result of Amazon and B&N offering ebook lending. For those who don’t know, both Amazon and B&N have a limited lending feature. If someone buys an ebook (for so) they have the option of making a one-time loan of that ebook to another Kindle/Nook owner (it’s platform specific).

Before we go further, let me note that the many sites which helped connect a buyer with a borrower do nothing more than bookkeeping.  These sites (including Goodreads) don’t handle the ebook which is being loaned. All they have is some personal info like the email addresses of the buyer and borrower.  These sites merely connect the 2 so that B&N or Amazon can perform the actual lending.

So what happened last week?

I still don’t know how this started, but last week a few (hundred) authors noticed that their ebooks were being lent via LendInk, or more accurately the ebooks were appearing on the LendInk site. This lead to a shitstorm of demands on Twitter and on Lendink’s Facebook page that the ebooks be taken down. Many authors claimed that they never allowed Lendink to lend their ebooks and were understandably furious.

I’m going to raise a question about the claims later in the post, but the fact of the matter is they might have authorized the lending.

I’ve now read through both the KDP and Pubit contacts and if you submitted your ebooks via Amazon’s KDP or via B&N’s Pubit, chances are that you might have agreed to allow the ebook to be lent.

First, all ebooks submitted via Pubit can be lent by an owner.  The loan only happens once per copy and lasts 14 days.  Note that this covers all ebooks which enter the Nook Store via Pubit, and I know for a fact that you agreed to allow the ebook to be lent. This detail is spelled out in the Pubit TOC, which is quite clear on the issue:

Barnes & Noble shall have the right to institute a program whereby customers of any eBook Store can loan eBooks to others. A customer who has purchased an eBook may loan such eBook to one (1) lendee during a lending period. No more than one (1) copy of any one (1) eBook can be on loan from an eBook lendor at any given time. The lending period is for up to fourteen (14) days. By submitting your eBook for distribution using the Service you agree to allow your eBook to be distributed through Barnes & Noble’s lending program pursuant to the terms listed in this Section IV.H. and as may be modified from time to time by Barnes & Noble, in its sole discretion.

That clause is especially important because the KDP contract is written so that Amazon can use the above clause as a reason to let one Kindle owner lend an ebook to another. Also, d lending is turned on by default so if you didn’t uncheck a box when uploading an ebook to the Kindle Store then your ebook can be lent.

Amazon’s terms are as strict as B&N’s but the lending is still happening.

So that’s what I know about the facts of the situation; let me cover the claims being made.

Unfortunately, the site is now down (thanks to many bogus DMCA notices, no doubt), so I am unable to verify the claims. That is why I am posting this as an open question and inviting feedback from authors.

Do you have proof that they were hosting or in any way pirating ebooks?

I’d like to see the evidence, because right now I cannot tell if this was actual piracy or if LendInk was merely the victim of a witch hunt. I have seen some dozens of authors claim that LendInk was illegally sharing their ebooks but none posted proof. They didn’t even make a claim as simple as “I got an ebook via LendInk”. That by itself screams witch hunt.

So what really happened here?

via April K Hamilton (<- read her for an even longer explanation)