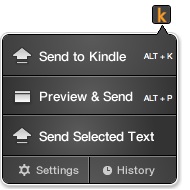 Amazon seems to be in the mood to duplicate the work of others today. They just announced a new plugin for Google Chrome called Send to Kindle, and as you can guess from the name it will let you clip webpages and email them to your Kindle.

Color me underwhelmed. There already was a Chrome plugin that did this. It came out in January 2011, and it too is called Send to Kindle. The latest stats for that plugin show 128 thousand users, with a 4 star rating.

You can find Amazon’s version in the Chrome Web Store. It looks to have a better interface, and comes with the little menu you see at right. Other than that the  plugins are quite similar. Both clip webpages and both offer previews. 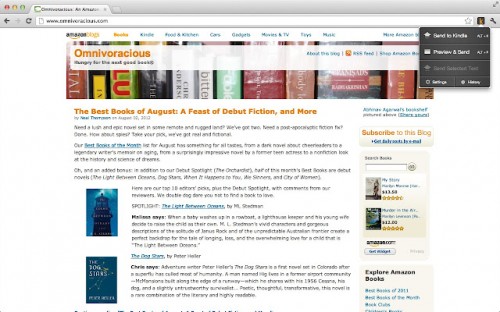 The older plugin is from klip.me, a lesser known read it later type of service. It’s worth a deeper look. That site also offers plugins for Firefox, Opera, Safari, IE9. It even has a bookmarklet that will let you save webpages to Evernote or Instapaper.