almost any gadget maker, HP always has a bunch of tablets in the works, and past leaks and rumors have hinted that some of the upcoming tablets include the HP Slate 8 Plus and the HP Slate 7 Beats Special Edition.

Yesterday the font of all leaks @evleaks posted a set of images which show a couple of HP’s new tablets.

The tablets are unnamed and lack any clearly identifying details, but it looks to me like there are only 2 models shown (unless the angle shots are throwing my guesstimates). We could be looking at the 7″ and 8″ models mentioned above, but HP has released 6″ and 7″ models elsewhere in the world, including models which have shown up at the FCC.

Do you have any guesses as to what we’re looking at?

Update: Mike Cane has pointed out that at least one of these tablets bears a striking resemblance to the HTC One. He also suggests that HP could be licensing the Hauwei MediaPad M1 design. It’s close enough that I wonder if he is right (please excuse the bad image editing): 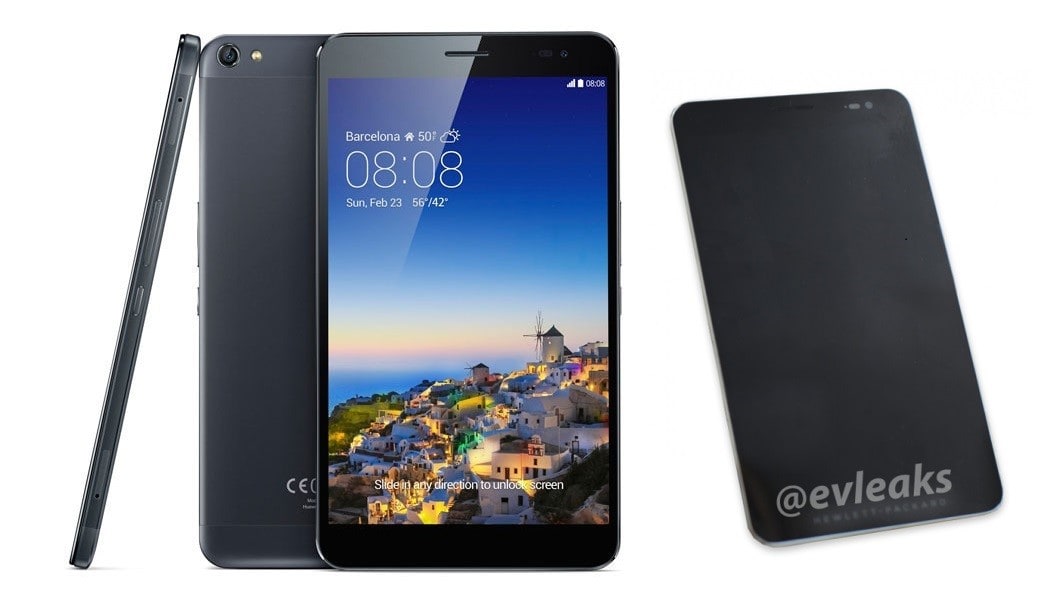 Update: a reader has pointed out that both of the new HP tablets resemble the Hauwei X1 and M1 tablets which were launched at Mobile World Congress in February. (Thanks, jjj!) I think jjj is right, and so is Mike Cane; HP is licensing these designs (or @evleaks has been had, which I doubt). 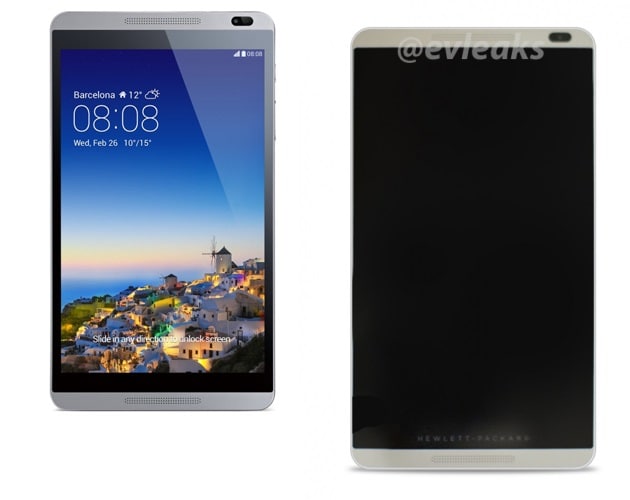