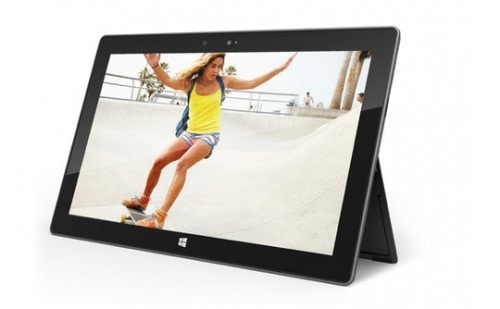 Many people hate the fact that Windows 8 lacks a start menu and it looks like Microsoft finally listened. A couple newly leaked screenshots appear to have confirmed that Microsoft is adding a start menu and other regressive design features to Windows 8.x.

The digital storage blog Myce got their hands on two screenshots for Windows Threshold, the next major version of Windows which is due out next year.  The screen shots appear to be from a pre-release version of threshold and they show design elements which resemble both Windows 7 and Windows 8. Most notably, there is a recognizable Start menu:

Rumors have been circulating for a few weeks now that Microsoft planned to use Threshold to woo desktop users, many of which are Windows 7 holdouts,  and convince them to switch to the newer OS. There was even a leaked screenshot last week which showed a very similar start menu design.

This is great news, but it is not entirely unexpected. As I pointed out earlier this month, Windows 7 still accounts for over half of the Windows user base, with WinXP coming in second (Win8 is third). Many of us Win7 and WinXP holdouts continue to avoid adopting Windows 8 because we dislike the tablet centric interface. If MS wants to move Windows 8 adoption forward then they’re going to have to give the holdouts what we want, which is a desktop experience.

And now it seems Microsoft has finally figured that out.

So what do you think? Is this enough for you to upgrade from Windows 7?

It’s not enough for me; I plan to wait at least another year before replacing my laptop and I see no reason to update the OS before that happens. Windows 7 works great for me, so without a critical mass of Windows 8 apps there is little reason for me to change what works.