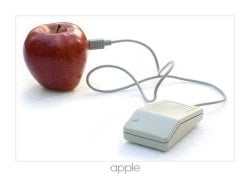 Judge Denise Cote gave her preliminary approval on Friday for the $450 million settlement of claims that Apple had harmed consumers by conspiring with five US trade publishers to raise and fix the prices of ebooks in the US market.

Despite expressing reservations at a teleconference the week before, Judge Cote accepted the terms of the settlement, writing in her 9 page opinion that “The proposed settlement agreement is within the range of those that may be approved as fair and reasonable, such that notice to the class is appropriate”.

The judge had had concerns over some of the terms of the settlement. The agreement would require Apple to pay as much as $450 million, but that will only happen if Apple loses their appeal. Should Apple win the appeal and the case be remanded back to Judge Cote’s court, Apple would only have to pay a total of $70 million (according to the terms of the settlement, which were released last month). And of course should Apple win their appeal outright, they will have to pay nothing.

But according to the DOJ, they do not see either possibility as being very likely. As Judge Cote noted in the ruling, lawyers for the DOJ “emphasize that they ‘strongly believe’ that the Remand Scenario is unlikely to occur”. The ruling goes on to mention that the plaintiffs also addressed the issue of interest which Apple isn’t paying, noting that the actual interest award per consumer would have been minimal.

The settlement agreement will be discussed again at a fairness hearing, which is scheduled for 21 November. Should everything go according to plan (and should Apple lose their appeal) the settlement will likely be distributed some time in late 2015 or early 2016 – nearly 6 years after the conspiracy took place.

That is actually fairly turn around for a class-action lawsuit; in comparison the Google Books lawsuit was filed in 2005, with the first proposed settlement rejected by Judge Denny Chin in 2011, a full 6 years later. That case was never in fact settled; in 2013 it ended in a summary judgement in favor of Google which said that Google’s 8 year old book scanning project was covered by the fair use clauses of US copyright law. The Authors Guild is of course appealing the ruling.