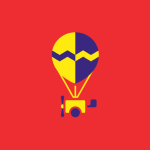 With service currently only available on the iPad, testers now have the opportunity to sample Blloon’s extensive catalog of fiction titles for free, and they also have the option of upgrading to a paid subscription for as little as £3.99 per month or £6.99 per month. The paid plans will allow users to read up to 500 pages or 1000 pages, respectively.

Blloon is a more limited service than Scribd, Oyster, or Kindle unlimited, but on the plus side the unused page quote does roll over to the following months.

, and since I am clearly not in the UK I cannot test it myself, but when Blloon was announced last month we were told that the service would have a catalog with over a million titles – far more than the 600,000 titles in Kindle Unlimited.

Update: Blloon currently offers a catalog of 120,000 titles, and they plan to launch their service to the public in September or October with 700,000 titles. It’s worth noting that rumors suggest Kindle Unlimited will also be going international around that time.

Blloon was the most anticipated new ebook service of the summer, right up until Kindle Unlimited leaked and let the air out. This is a new startup from several of the creative minds behind txtr, but is otherwise not affiliated with that established ebook company.

The service is expected to be widely available in the UK by the end of the year, and expand to Germany by early 2015. An iPhone app is in the works, and I would expect that an Android app will also make an appearance.

The folks behind Blloon are highly optimistic for their success:

Our goal is to bring reading back into the lives of modern people – and we’re aiming to achieve this in a number of ways. Firstly, all new users can read for free – any book from our extensive catalog – and can continue to read for free by engaging with the service in any number of ways. We’ve got a fantastic catalog and we are committed to building a model that works for everyone involved – the publishers, the consumers and Blloon too. It’s totally different to any of the subscription services that have launched in the US and will be first to market in the UK.

It would be easy to simply write off Blloon as uneconomical (its relation to txtr is another reason to write it off), but I am reserving judgement. While it looks like Blloon is costlier than Scribd, Oyster, or KU, the real deciding factor for success is the size of its catalog and consumers’ willingness to pay for access to that catalog.

I don’t have high expectations for Blloon, but I am still waiting for more information and before I add it to my death watch list. This market is so new that many assumptions will have to be questioned before making any predictions.