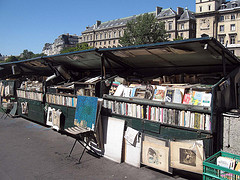 With reselling digital music now legal in the US, and app resales legal in Europe, Bloomberg raises the question of whether consumers should be able to resell the digital content they acquire:

Should consumers be allowed to resell digital songs, books, or video games once you’re done with your downloads? If it sounds unlikely, just remember that businesses trafficking in second-hand records and books were once considered controversial before society came to accept them as normal—at least up until the Internet undermined the logic of resale. The next several years should be key to whether a similar industry emerges for digital goods.

The big difference is that digital media items don’t get old. Used books or albums are worth less than new copies because they deteriorate with use, and it takes some effort to pass each copy from person to person. A “used” digital file, though, is exactly as valuable as the original and just as easy to distribute. The U.S. Copyright Office has already recognized that digital goods are fundamentally different from physical ones—first-sale doctrine, it has said, works only because of the specific nature of physical objects.

Aside from the author’s misunderstanding that media conglomerates like Fox would benefit from a digital resale market which would cut into the sale of new copies, it’s a smart article and it asks a question which needs to be answered.

Should consumers have this option?

As a consumer rights advocate, I think they should. And as a blogger I can report that ReDigi is “working with one of the world’s largest booksellers” to launch a used ebook marketplace later this year, but in all honesty I don’t think there’s really all that much interest. 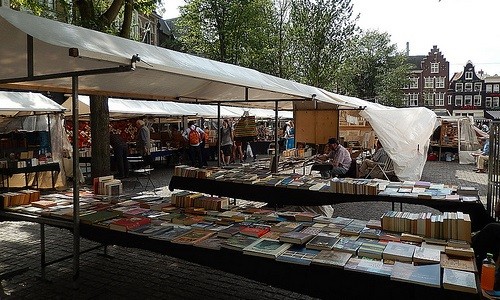 I know that’s not the fiery response some might expect, but after watching the ebook market for the past 5 years I’ve come to believe that there’s little or no market pressure for the resale of digital content.

The consumers who most want to resell the content they buy have been voting with their pocketbooks. They’ve been buying physical media, and reselling that when they were through. They’ve been removing themselves from the market, and without them there’s less interest in the idea.

Take textbooks, for example.  College students need to resell the textbooks they buy, and since you can’t resell a digital textbook most students don’t buy it in the first place. Sure, some are being sold. But as we’ve seen from the failure of digital textbook startups like Kno and Coursesmart, there’s not enough to sustain a market for new digital sales, much less resales of previously sold content.

What’s more, I think digital piracy may be having an effect on the potential for a resale market. Those who can least afford to buy have taken to piracy instead, effectively dampening their interest in either selling or buying digital content when it is resold. And those who most object to the restrictions of DRM, or the lack of control it engenders, are also taking to piracy.

And without the interested buyers, there’s no market. Or am I wrong?