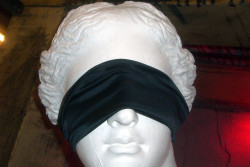 From the “we haven’t learned anything from history”dep’t comes the tale of a new nanny-state law in Louisiana.

The American Civil Liberties Union filed a federal lawsuit (PDF) in Louisiana yesterday over a new state law which requires websites to confirm the age of every visitor before letting them access to non-obscene material that could be deemed harmful to any minor.

Failure to first ask website visitors whether they are at least 18-years-old is now a crime in LA, one which could lead to a $10,000 fine. From the Comic Book Legal Defense Fund:

The lawsuit names two local booksellers, an LA-based publisher, and the American Bookseller Association as plaintiffs.

While I am sure that the law looked like a good idea to Louisiana legislators, it also demonstrates a unique level of ignorance of history and legal precedents.

For one thing, it’s a clear violation of a teen’s first amendment rights. “The law is a serious threat to the First Amendment rights of booksellers and our customers,” Tom Lowenburg, co-owner of Octavia Books, said. “Our job is to get customers the books they want, but this law makes it impossible by forcing us to block access to 16- and 17-year-olds who want to browse Young Adult novels and other works that may be inappropriate for younger minors.”

And not only that, it also puts an undue burden on local businesses. “Since we cannot possibly review the one million plus titles on our website, the law would force us to ask every customer visiting our website whether he or she is an adult,” said Britton Trice, owner of Garden District Book Shop, and one of the plaintiffs in the lawsuit.

But that’s not even the best part.

No, my favorite part of this law is that several of its provisions have already been found unconstitutional by the US Supreme Court.

In 1996 Congress passed the Communications Decency Act. This was the first attempt to regulate the internet on the federal level, and it both directly and indirectly codified several key internet freedoms that we all rely on every day.

For example, Section 230 of the CDA (EFF) details how and when websites aren’t responsible for the possible illegal acts of their users. Youtube, for example, isn’t liable for the defamatory statements someone might make in a video, and that same basic idea is what makes almost all modern web services possible.

The CDA also had anti-indecency provisions very similar to the new Louisiana law. To be more exact, the CDA imposed criminal sanctions on anyone who:

knowingly (A) uses an interactive computer service to send to a specific person or persons under 18 years of age, or (B) uses any interactive computer service to display in a manner available to a person under 18 years of age, any comment, request, suggestion, proposal, image, or other communication that, in context, depicts or describes, in terms patently offensive as measured by contemporary community standards, sexual or excretory activities or organs.

The words may be different from HB 153, but it’s clear that they have the same goal. And that is a problem for Louisiana, because this section of the CDA was struck down by the US Supreme Court in 1997.

That case, Reno v ACLU (Cornell), defines the first amendment rights which have now been violated by Louisiana HB 153.

That was a landmark decision, and it is so well-known that not only is the new law unconstitutional, it is explicitly unconstitutional with a dash of “go read Wikipedia”.

The lawsuit will win on those grounds, but I was struck by the obviousness of history repeating itself and thought it deserved a comment.