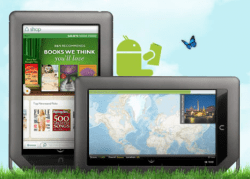 A couple interesting stories passed over my desk this past week, and when I put them together it is fascinating how they reinforce each other.

You may have read today that Barnes & Noble had recently signed a deal with Appcelerator. This is a company with an app development platform, and B&N will be adopting Appcelerator’s platform as a way for developers to make apps for the NookColor (and later Nooks, probably). This partnership will give Appcelerator’s existing 200,000 developer partners the opportunity to submit their apps to the Nook App Store with a minimum of effort. Pretty smart move on the part of B&N, isn’t it?

And in case you were wondering, they’re also going to keep their existing platform at www.nookdeveloper.com; the Appcelerator deal is an expansion, not a replacement.

The other piece of news is one that you might not have read, but it’s pretty damn important. Barnes & Noble will be sponsoring 3 sessions at an app developer conference next month. Right now it looks like the topic will be the same for each session – a basic intro into developing apps for the NookColor.

I’m sure you know about Amazon and the trouble they have had with pissed off Android app developers (here, here, and here). Some have been complaining about Amazon’s policies since the day the Appstore launched. But we don’t hear those complaints about B&N, do we?

Here’s my point: this is B&N, not Amazon. The stodgy old bookseller is (in this one area) beating Amazon at their own game.

BTW, there are times where my foresight amaze me. Last October I posted a response to an editorial by Richard Curtis. He proposed that the publishers buy a bookstore chain as a way to compete with Amazon.  My counter-argument was that Amazon was a tech company and if you want to beat them you have to beat them as a tech company.

Scroll up, and look at what B&N has announced in the past week. I’d say that this is a pretty good sign that they have figured out how to compete with Amazon as a tech company, and I think B&N is coming out ahead.

I’m not surprised  by this – not anymore. B&N has consistently demonstrated serious ability as a tech company as far back as the launch of the NookStudy app. This week’s news is just another sign of their ongoing efforts to transform from a bookstore chain into a tech company.

The key detail that makes a company a tech company is not the technology; it’s the mindset of the management. That is why B&N is beating Amazon. 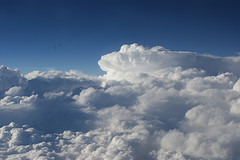 […] access to the ebooks and can even share them with other registered users.Do you know how I used to respect B&N as a tech company? Well, clearly their best people aren’t working on keeping their website up and running.On […]