Did Amazon Cage The Goldfinch Publisher? Here’s What the WSJ Didn’t Tell You

Jeffrey Trachtenberg of the Wall Street Journal weighed in on the Amazon Hachette dispute yesterday, and he has a rather unusual take on the situation.

As he sees it, Hachette Book Group’s revenues were up in the first 6 months of the year so Hachette must not have been seriously harmed by the ongoing contract renegotiation with Amazon:

But the dispute hasn’t crippled the publisher. The Hachette Book Group generated about €226 million ($300 million) in the U.S. and Canada in the first half of the year, up 5.6% compared with the same period of 2013, according a filing made by French parent Lagardère. Among the factors Lagardère cited for the gain were sales of "The Goldfinch" and "The Silkworm," written by J.K. Rowling under the pseudonym Robert Galbraith.

What I find most interesting about Mr Trachtenberg’s spin on this topic is what he leaves out.

For example, he neglects to mention that HBG’s ebook revenues dropped from 34% of net sales in the first half of last year to 29% in the first 6 months of this year, a sign that Amazon did have an impact on Hachette’s revenues. 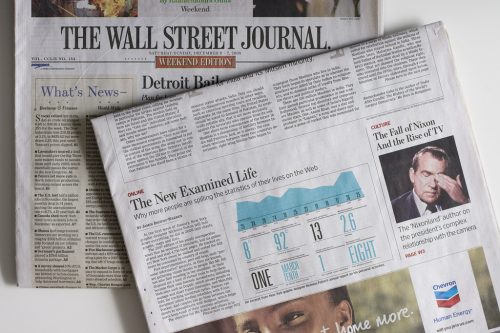 He also neglects to mention the reason that Lagardère provided for that 5.6% increase in revenue. While Mr Trachtenberg made it sound like the revenue increase came from book sales, Lagardère attributed the increase to a slightly different source.

In the United States, activity was up (+5.6%) thanks to the integration of Hyperion (acquisition of a catalogue) and the takeover of Disney’s distribution activity. Note, too, the good performances in General Literature, with the publication of The Silkworm by R. Galbraith (J.K. Rowling), several reorders of The Goldfinch (D. Tartt) and Lone Survivor (M. Luttrell), and the release in theatres of the movie adaptation of The Monuments Men, which supported the sales of R. Edsel’s book published by the Group.

In other words, Lagardère  attributed the revenue increase to the late 2013 acquisition of Hyperion from Disney, a deal which was first announced in June 2013. That is kind of an important detail, is it not?

I certainly think so; IMO it changes the entire tone of the situation. I think it clouds the situation, making it difficult to claim that "the dispute hasn’t crippled the publisher" and that "Amazon hasn’t caged the Goldfinch publisher".

Just to be clear, I am not saying that Amazon is crushing Hachette; I am merely saying that Mr Trachtenberg is wrong in giving the impression that Hachette is doing just fine in spite of everything Amazon has done.

That claim is probably not true. (I only wish it were true; it would demolish much of the criticism of Amazon’s actions.)

Spin, spin, spin.
For years now the BPHs have been hiding their declining unit sales behind price hikes and mergers and acquisitions and failing to factor inflation in their brags.

As documented right here last month, the BPHs' aggregate sales and income has been flat since 2008, despite 11% inflation over that time. So not only have they declined in unit terms, they have declined in real dollar terms, despite the price hikes and mergers.

And instead of trying to bring in new readers, they pick a fight with their biggest retail channel. Yeah, that’s going to end well.

One would expect better from the Wall Street Journal, especially considering that it is a premier financial newspaper.

And to make matters worse, I gave him advance notice so he could add a correction. He didn’t see why it was wrong.

Good catch, Nate. So what’s behind this slanted spin? Has Hachette’s entire attack on Amazon backfired? They expected the government to come rushing in to protect the wounded gazelle and when that didn’t happen they had to shift to saying they weren’t a wounded gazelle?

Are they in danger of losing authors? Have they realized this is going to be a long drawn out battle with Amazon and they need to put on a good face for their parent company? They can’t be hoping Amazon will give up simply because they claim (falsely) to be having a good year.

TBH, I think this reporter was oblivious to the subtext. I exchanged emails and didn’t get the impression that he had an ulterior motive.

Seems to me that in this case Amazon caved. They are discounting the book 40% because they don’t want to lose the sale.

That is one interpretation.
That might be stronger if there weren’t reports of declining Hachtte sales at Nook, too.

In that light, it can also be seen as a strategic/aggressive move, especially given the price differential with Nook.

I’m not sure undercutting one of your primary competitors by $5 on a popular title is exactly "caving-in". Especially if, as generally assumed, Nook is stuck with Agency and Amazon is working wholesale. Which Nook’s $11.99 price on the ebook supports. It can easily be Amazon "punishing" Nook for agreeing to Hachette Agency terms.

Unlike some Tradpubs, Amazon knows who their competitors are and they target them appropriately.

By the way, Apple also has it at $6.99.
And since Apple can’t do Agency for years, this actually highlights the folly of agreeing to Hachette Agency ambitions.

Thanks for keeping a close eye on the story. However, the statistics you cite here are incomplete, so it’s hard to follow your argument. You wrote:

"ebook revenues dropped from 34% in the first half of last year to 29% in the first 6 months of this year, a sign that Amazon did have an impact on Hachette’s revenues"

If it’s percentage of Hachette’s total sales, then you should also report the dollar amount of those sales for each category; otherwise we can’t know if the percentage drop is because ebook sales declined or print sales increased disproportionately. Either is possible.

Then, other factors could have skewed these numbers. The mix of new titles, for example. Some categories of books have higher ebook sales rates (fiction vs nonfiction). Some print books don’t have ebook editions–did Hachette publish an unusual number of, or unusually successful list of, illustrated nonfiction books, perhaps?

If the percentage is instead one period’s *increase* in ebook sales over the prior period . . . there could be many factors affecting a change in rate of increase, such as a slower economy, new product releases, etc.

Finally, correlation does not prove causality. You can’t fairly call this one statistic "a sign that Amazon did have an impact on Hachette’s revenues." It might suggest a relationship, but it’s far from proof.

29% of HBG’s net sales, but the simple fact is Lagardere was not clear on this point. They did not give the specific numbers, just saying that it was 29% of net sales.

"correlation does not prove causality"

Lagardere has revealed that Amazon account’s for 60% of Hachette’s ebook sales in the US. That precipitous of a decline has to have a cause, and given that Hachette is in a fight with its single largest source of ebook revenues it is fairly safe to point to that conflict and say it is the cause. At a minimum, it is the most likely cause.

And yes, we do have some proof that Hachette ebook sales via Amazon have dropped:
https://the-digital-reader.com/2014/05/17/is-hachette-playing-dirty-tricks-in-their-contract-dispute-with-amazon/