Amazon’s nearly 2 year old Kindle Singles store has seen immense success, and today they are expanding its focus to include the UK. Amazon has just announced a new branch of the Kindle Single store, one which will focus on the works of popular UK writers such as Susan Hill, Candia McWilliam, Andrew Taylor, and Len Deighton.

With prices ranging from £.99 to £1.99, the UK Kindle Singles store currently stocks 250 titles and can be found on Amazon.co.uk.

Kindle Singles are made possible by the simple fact that ebooks don’t have the same distribution costs as paper books. The reason why many novels are between 200 and 400 pages is not because it is ideal for story telling but because the printing and distribution costs make novels outside that range uneconomical.

Amazon launched the Kindle Singles in 2011, over 3 years after the initial launch of the Kindle Store, but the idea is actually much older than that. While I cannot vouch for other ebookstores, I know that Fictionwise was selling short fiction since at least 2006. That’s when I bought it, at least, and I’m sure that they had been carrying those works for some years beforehand.

While Amazon is pushing to sell nonfiction content as Kindle Singles, I seem to recall that most of short works at Fictionwise were fiction. Of course, that could be a result of the ebook market being biased in the favor of fiction content during those years, or it could be that I simply didn’t look for other content.

The prices I saw at Fictionwise ranged from $.49 to $.199, and all of the titles were DRM-free. I built a large library of short story collections from various authors, including Silverberg, Asimov, Resnick, and more.

Those short stories and novellas are usually sold (in paper form) as anthologies, but thanks to the minimal distribution cost of ebooks the authors were able to to sell the stories individually. 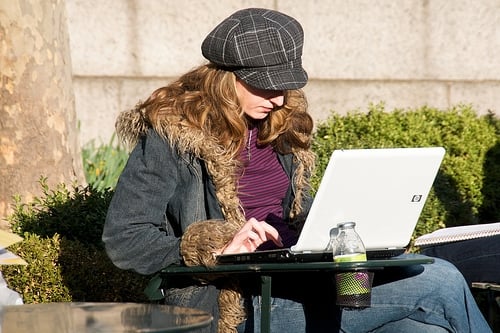 AAP Reports eBook Sales Up in the First Part of 2014

Fictionwise always sounds so cool when people talk about the 'old days.' The discounts, the bundled deals, the $0.49 eBook prices; how I wish something like that was around today.

Half of that is nostalgia, but the other half is that Fictionwise really did do things which you couldn’t find elsewhere.

They had the first self-pub program, though it was limited to authors with decent-sized backlists. They had the best sales deals (until the Kindle launched). Fictionwise even had their own ereader.

Fictionwise catered to the hobbyist/early adopter crowd (multiformat, DRM-free, online bookshelf for re-downloads, etc) at a time when the market for ebooks was hobbyists and early adopters and when a good sized catalog was 20-30,000 titles. We’ll never know if they could have survived in a market dominated by mainstream consumers because they were acquired and managed to a phase out. (To put it politely.) As is, they lost a lot of relevance after the Agency conspiracy kicked in…
They’ll be remembered fondly as pioneers even as we wonder how they got around with all the arrows in their backs. 😉

They could have survived, yes. But they would likely have stayed small-fry right up until they were swallowed up by someone.

What do you think would have happened if say B&N had tried to fix the problems/issues in the ebooks rather than simply getting out of the market in 2003? Walmart could also maybe have pulled it off, or even Borders. Now that would have been a fun one. First they would revolutionize ebooks and then collapse into bankruptcy.

I never understood why B&N bowed out. Especially since Amazon *didn’t*. (Not until they had Kindle on the way.)

WalMart? Don’t think so; their corporate culture is logistics. They will battle Amazon to the matresses for online retail but after their digital music venture they’ve shied away from digital. (Vudu and other minor Ultraviolet moves notwithstanding.) I suspect they want to wait for things to shakedown first. Which means their move is just about due… *if* they’re going to move. (For them books are at most a traffic draw, not a core business. They’ve pulled back after the price war with Target and Amazon. I wonder if the BPHs put pressure on them to stop "devalueing books"?

Borders? Now you’re being snarky again.
Those guys added megative value to everything they touched.
If ebook development had come down to them, we’d be reading jpeg folders inside a PDF.

To me the big what-if will always be Microsoft.
They had all the pieces in 2001. And lost interest…
I could see them getting serious and buying Fictionwise back in 2002… in the universe where Spock wears a beard. 😉

Microsoft could have pulled it off – if someone had figured out step two (make it less of a PIA). They already had step one, which was the technical design.

But even if MS had figured this stuff out in 2003-ish, they would still have been hampered by the hardware. The dominant screen tech was CRT, not LCD, and it was not fun to read on. And their DRM tended to malfunction, with painful consequences.

P.S. I’m not sure Amazon had gotten into ebooks by 2003, when B&N pulled out. I know they sold ebooks in 2006-ish, because that’s about the time they stopped.

The hardware would’ve been less of a problem than most people think…
…*if* they’d been serious about it.
As far back as 2000 they had a deal to put MSReader on the Franklin Bookman.

They chose not to carry through on that but if they had, there is no reason they couldn’t have built something like a Rocketreader or Jetbook. Even today eink isn’t the only way to build a competent reader with extended battery life. A $300 reader with 20 honest hours of battery life could’ve been built off a B&W reflective LCD panel.
They just needed to divorce their DRM from Windows (what sank the Franklin collaboration) and fix the authentication issues (which they eventually did fix).
It is the same thing as what they did (not do) with tablets and textbooks; they developed all the pieces for a killer academic TabletPC way back in 2002 and then did… nothing… to promote their tech.
Too much reliance on OEMs led them to waste a whole decade.

They could certainly have pulled off a second one 5 years later.

And the tech I was talking about was PCs, not handheld. A lot of people read on their computer – I’m doing it right now. I was thinking that one of the reasons ebooks were held back was the CRT screens that still dominated desks in the early aughts.

Well, 20-20 hindsight says it was the portable Kindle reader that made ebooks a mainstream business, more than LCD desktop monitors. (Which lines up with the efforts at the time to get ebook reading apps on PDAs and portable gadgets.)
(shrug)