Indie Authors have long paid for advertising to promote their books, and now Amazon is pitching the idea directly.

Self Publishing Review reported this morning that Amazon is now pitching pay-per-click advertising to indies with titles in KDP Select:

According to the quoted parts of the FAQ, Amazon’s offering to run a targeted ad campaign which could either be broadly targeted or could be limited to only certain viewers. This includes the option of a focus as tight as a "customers who previously browsed the Kindle Store for a particular genre". The advertiser would pay for each time a customer clicked on an advert, rather than for each thousand times an ad is shown. The minimum ad budget is $100, and the minimum CPC is 2 cents.

Update: The related page is now live in KDP. Early results are mixed.

I must say, this is new to me. I’ve only ever heard of indies using email newsletter blasts and other offsite promotions, both of which have proven to be quite effective on occasion.

While it has always been possible for indies to buy ads on the Kindle, Amazon’s websites, and on the Fire tablets, this is the first I have heard of Amazon pitching the idea directly inside KDP. It’s almost as if Amazon has decided that KDP is mature enough that it worth pitching services to it.

What next, will Amazon start asking for coop fees?

In all honesty, that is only half a joke. In August 2014 Amazon extended the option of pre-order buttons to all users of KDP, both indie author and publisher alike. Now that Amazon is extending advertising into KDP Select, the next obvious step would be for Amazon to let indies stat paying coop and other promotional fees – just like the big boys.

I know some indie authors who have said that they have wanted to be taken seriously as publishers. Congratulations; Amazon is now taking you seriously.

I hope your pocketbooks are deep enough.

Apple’s Got the iPad Mini in Their Labs? 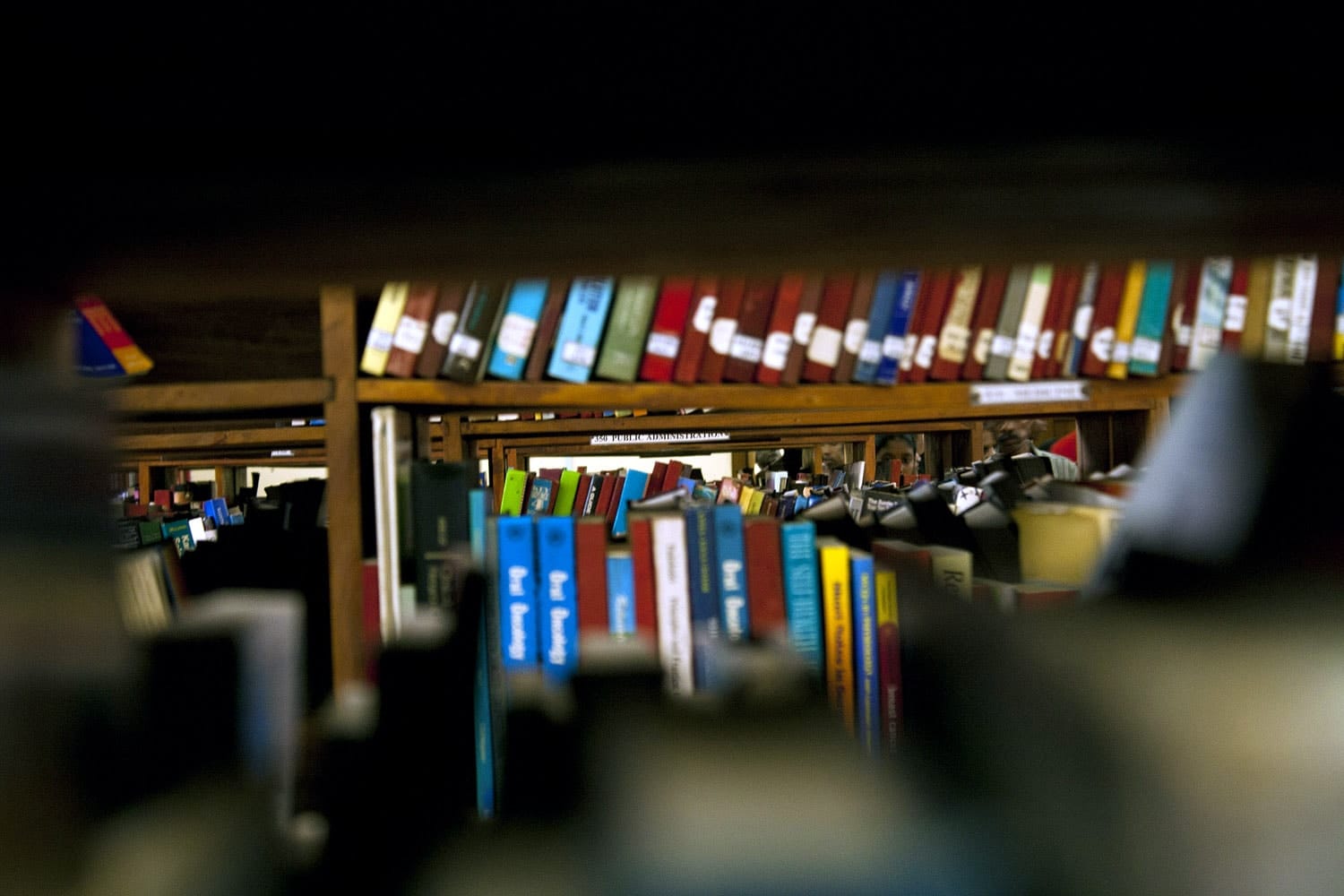 This is potentially game-changing. For the record, I’ve advertised on Facebook pretty extensively in the past — and been successful at it. But trust me, the chance to advertise directly through Kindle or on Kindles is way, way better.

Bookbub has been making good coin providing promotional services to Indies so why shouldn’t Amazon’s advertising unit (a billion dollar business in its own right) want a piece of the pie?

Of course, they could just buy Bookbub… 😉

Really?
I was mostly joking because Bookbub campaigns promote sales everywhere, not just Kindle. If Amazon is successful in drawing in publishers to do their promotions through their ad business it would reduce Bookbub’s scope to the much smaller epub market.
The way Amazon competitor purchases run is they buy competitors when they are better than they are; " If you can’t beat ’em, buy ’em."
Buying Bookbub now would make sense if they were so entrenched that not even the Amazon name would make a dent in their business. I’m not sure how likely that would be but I suspect it isn’t very likely.

Well, just because Amazon offered an advertising service wouldn’t mean that BookBub would shrivel. BB gets lots of eyes that want to buy books. Amazon would have to offer results so good that you’d want to dump every advertising dollar you had into it. Otherwise, you’d probably be better off using both.

It must be really easy to make self-publishers feel important if moving a link to a service that was always available to them in front of their faces makes them feel like they have the trappings and support of a major publisher.

Available? Yes. Readily accessible? Not so much.

Amazon’s advertising portal is not set up like KDP. You have to request admission, and I would bet that the ad folks wouldn’t be very interested in a $100 ad buy from an indie author.

So this is a change, yes.

Self-publishers don’t want to feel like they have the trappings and support of a major publisher. Stop projecting.

I’m not the one who suggested so, Jim.

But I do find it fascinating that self-publishers didn’t know or didn’t try to access advertising means that are available to them, particularly the most obvious one.

We didn’t need to access ads. For one, in the beginning there were sites that covered our books and made money just as Amazon associates (via sales of the books). Then, they started charging minimal fees and it worked well. There was no need to pay for Amazon advertising–Amazon was also giving us visibility and in turn we gave them visibility by talking about Kindle far and wide.

Gradually, most book sites started doing ads and most of them were far cheaper than Amazon rates. Many were good at selling books too.

Now, rates are way up there and the ad sites available have shrunk. The ones that can actually move product are down to a very few.

The timing is ripe for Amazon to make their ad program more available.

Marketing and advertising is always a useful tool in business, whether you’re doing great and face little competition or if you have a crap product and tons of competition.

And being served by niche, ebook self-publisher sites was not and is not sufficient — any and all vehicles for marketing/advertising are warranted and good.

It seems like there is a complex among self-publishers that they don’t operate according to the same rules. The fact is the rules are the same, only the market is niche, underdeveloped, infantile, or crude (and I don’t mean those connotatively badly) — even if it is changing and developing… that doesn’t change the rules of good business.

Was only a matter of time. Amazon’s ability to reach buyers/readers is huge. Indies have had opportunity to watch that engine in action. But that "opportunity" was slowly taken away or came with requirements (such as becoming exclusive and putting books in the lending program.)

Without ads, visibility is almost impossible to achieve.

Paid marketing was unnecessary for me. I was making a good living with sales without needing to do more than be listed on various sites. Back in the day several sites didn’t care if you were indie or big 6/7. They listed books and didn’t charge for it because they were selling enough as associates to be happy with the income.

Amazon did sales on my behalf and marketed those sales (with the sale coming out of their pocket, not mine).

And I realized at the time that it wouldn’t last forever and how lucky I was to have it.

There is no complex among self-publishers. We play by the given rules at a given time. Sometimes those rules favor us more than others.

Seemingly this service is only available for KDP Select authors.

Is this really an incentive to go exclusive on Amazon and THEN pay for ads?
After KU this seems to me like the next step of Amazon to effectively pay less money to authors who bind themselves to Select.

I wondered about that as well. This is useful, but it doesn’t strike me as an incentive to sign with KDP Select.

They may roll it out to the masses later, but it’s probably easier for them to make the ads pay for themselves with less participation rather than more (and that will help them sell more ads). This gives them a chance to test demand and results on a smaller basis so I think the benefit is more for Amazon than for authors.

On a somewhat related note, I read that google ad income was down.

Competition is stiff and it’s strikes me that it’s not a good sign when companies are trying to sell ads rather than products.

So I tried to buy my first ad yesterday — and was rejected. Why? Apparently my cover violates the ad terms? It’s a little unclear if it’s technical or because of the content. For the record, the cover of my book has the Headless Horseman on it, but it’s not gross or violent or any of the things that would normally get it flagged. And also worth noting that I’ve advertised using that cover on Facebook, Twitter and Google without problems. So maybe it’s a technical issue, I don’t know.

I am bemused about the KDP Select reqirement on this feature. This would not make me stay in that program for longer than the 90 day minimum. It’s not like this is the only place you can advertize. But I do wonder if this advertizing is more for Amazon’s benefit than the authors,' especially since the author pays for clicks, not sales.

OMG, Nate! When did you change the name of the site? Am I going mad or was it (please tell me!) fairly recently?

I only changed the header to hint at the new name less than a couple weeks ago, and announced the name change last Saturday.

The Story Grid. How To Tell A Story And Edit Your Fiction With Shawn Coyne | The Creative Penn February 1, 2015 um 1:22 am

[…] the introduction, I mention Amazon’s direct marketing tool for authors, offering pay-per-click style advertising opportunity – but it’s only for those people in […]

[…] four months ago Amazon started pitching a new advertising service to authors and publishers who distributed ebooks through KDP Select. Indies can pay anywhere from 2 […]