that Australian startup that was working on a drone-based textbook delivery service? That company was called Flirtey, and while their idea was still in the early proof of concept phase it promised to potentially be a novel delivery service.

Amazon has just revealed that they too are working on drone delivery concept. It’s called Amazon Prime Air, and like Flirtey’s drone platform it too is still in its infancy.

The retail giant is looking to solve their service and delivery issues once and for all. While some of Amazon’s competitors (like Google) are working to build a same-day delivery service which would compete with Amazon, the Seattle-based retailer is planning to take their promise of free 2 day shipping to the next level. They’re aiming for a 30 minute delivery promise with Amazon Prime Air. 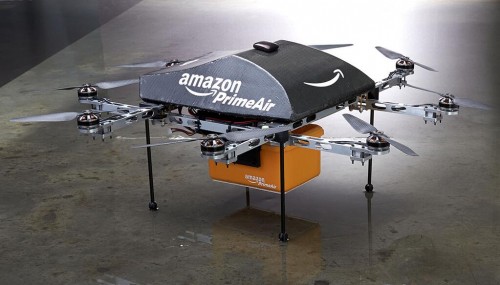 According to Amazon they plan to be ready by the time that the FAA finalizes regulations for commercial unmanned aerial vehicles:

From a technology point of view, we’ll be ready to enter commercial operations as soon as the necessary regulations are in place. The Federal Aviation Administration (FAA) is actively working on rules for unmanned aerial vehicles.

Yeah, I don’t believe they’ll pull that off, but they have managed to get the drones flying (for the demo video, at least):

Assuming they do pull it off this is only going to be available in select metro areas, and coverage will be spotty at best.

There are are far too many areas that are too built up for the drones to navigate safely, and their range will be what, 40 miles as the crow flies? If the distance is any longer than that then Amazon won’t make the 30 minute window, I don’t think.

All in all, I think this is probably going to be a premium shipping option – if it happens at all. And I hope these drones do one day take off on their maiden voyage; I am too much of a geek not to want to see the future come one step closer.

Automated delivery services like Amazon Prime Air have been showing up in SF novels for decades now, with authors like Arthur C Clarke, Vernor Vinge, and Robert Heinlein all putting their spin on the idea.

But until today the idea was at best science fiction (Flirtey not withstanding). What are the chances that Amazon might be the first to make this a reality?

Update: I now have the 60Minutes segment about the drones. They have a 10 mile range so I really don’t see what use they will be. You can skip to about 11 minutes in: 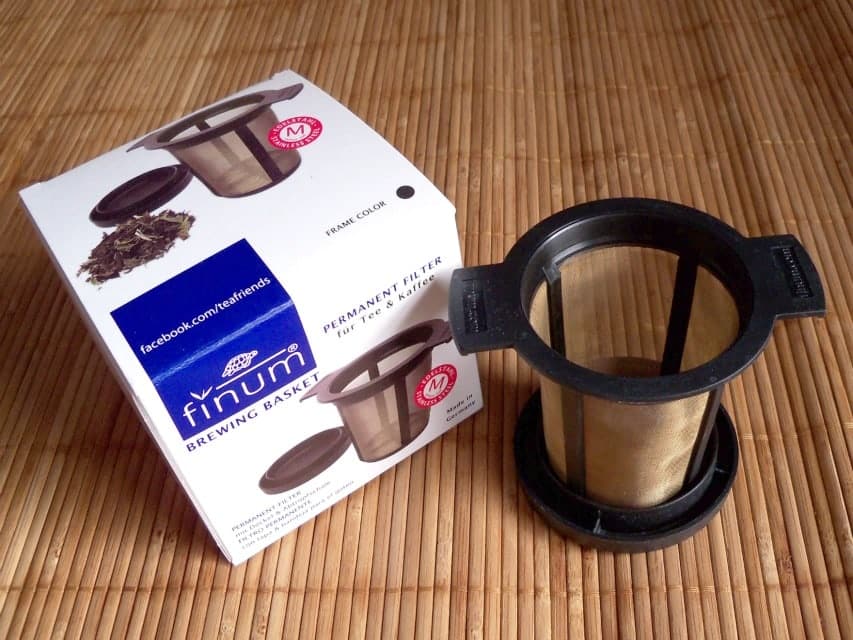 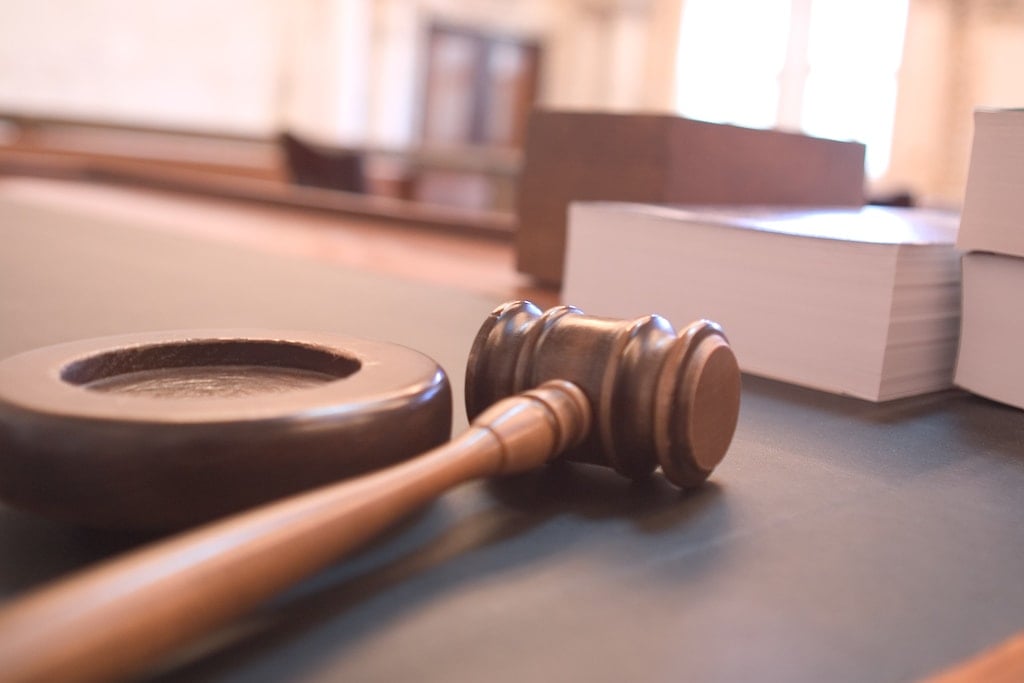 Let’s say that Amazon’s drones have a 20 minute delivery range (a little high based on actual battery capacity of current drones, but we’ll give them the benefit of the doubt). The top sustainable speed for a Parrot AR Drone in optimal weather is ~11 miles per hour. These drones have double the engines, but are also carrying cargo, so that’s probably a good estimate for speed. So you’re looking at a whopping 3.5 mile delivery radius.

Given that Amazon’s DC’s are in the ass-ends of nowhere (because they’re "good businesspeople" avoiding collecting taxes), and that Amazon currently has 96 DC’s, using simple math we can determine the exact amount of area Amazon could deliver to. The answer: ~1847.25 square miles (delivery circle of ~19.25 miles per DC).

Amazon can effectively offer 30 minute delivery to .00049% of the United States!

All this stunt proves, once again, is that Amazon could put out a press release about quite literally anything and get glowing coverage from the media who don’t give a second thought about what they’re actually reporting. I’m looking forward to the day when Amazon sends out "Jeff Bezos successfully poops" press release and there’s a slew of articles about how Amazon is reinventing the bathroom. Apple’s RDF is starting to look weak compared to baldy’s.

1- Amazon owns an industrial robotics company, Kiva Systems.
2- Australian textbook rental company Zookal is setting up a similar system.
http://edition.cnn.com/2013/10/18/tech/innovation/zookal-will-deliver-textbooks-using-drones/
3- It’s the 21st century out there. Flying cars are still a ways off but flying robots are eminently doable.
4- Amazon’s warehouse building binge is almost complete; they need new things to spend money on to grow their reach. And drones are cheaper than ICBMs.

LOL And to think we all assumed Kiva Systems was purchased for use in the warehouses. I think you’re probably correct that they are deeply involved.

Me, I wouldn’t pull the ICBM option off the table. Bezos does own BLUE ORIGIN…

Interesting, but the original Chinese sources make that effort sound like it is only a couple steps ahead of Flirtey and Amazon.

Yeah, but they have one big advantage: they can get to market sooner since all they need is local authority permits, which are cheap to buy. And no need to worry about hand-wringing public safety groups.
Plus, the drones use rare earth metals in their electric motors which China now limits the export of. They might build a drone export business out of this while Amazon is still fighting the FAA for permits for a test run.
Merchantilist regimes are good for native businesses, less so for everybody else.

The components (motors, chips, sensors) need the rare earths but I don’t see why that would be an issue. Where else would you expect Amazon to have the drones built? On a related note, where does Kiva Systems build their drones?

Time will perfect all that is to be perfected. Why yak about who’s hot and what’s wrong?! Tomorrow is another day…

What is sad here, is that Amazon, as big as they are, seemingly went on copying a great idea. I’d figure they tried bargaining a sustainable offer to the REAL inventors, but where is that in this articl or on the news? I can’t say I’ve checked the whole world of web though. I mean, what is Amazon’s concern for their public image?! At a time when everybody "statuses" about the bad and the good… aren’t they concerned they will be bashed by many out there? And, legitimately, might I add…?! I know I can get my good elsewhere, and I will.

Amazon gets bashed for existing.
It’s water off a duck' s back to them, by now.

What makes you think that several different people can’t all come up with the same idea independently? Also, this idea has shown up in multiple SF novels; maybe everyone was inspired by a book?

[…] has been developing delivery drones since at least 2013. Thanks to the FAA's regulators moving about as fast as a tortoise mired in molasses, most of the […]

Amazon Continues to Use Its Drone Program for Its Intended Purpose, PR | The Digital Reader October 18, 2016 um 1:14 pm

[…] is ostensibly developing the drones for use in package delivery, but after three years of watching Amazon show off tech but no actual usable drone, I have come to realize what this program is really […]