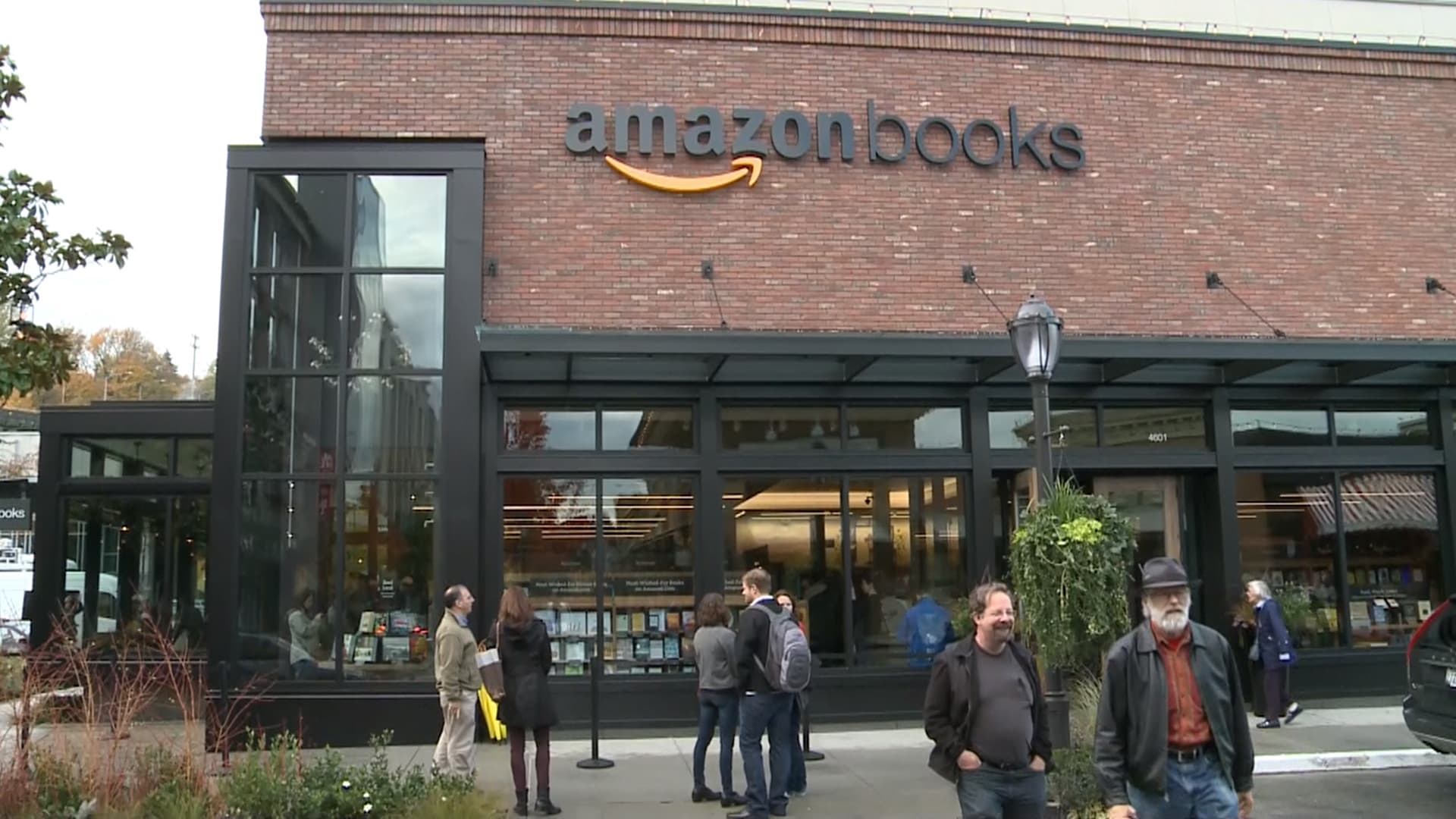 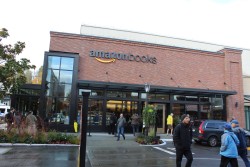 Amazon has yet to officially comment on yesterday’s wild rumor that the retailer plans to open 300 to 400 hundred stores, but what they are saying off the record would fill pages.

In addition to an off-the-record denial last night, word is now leaking out that Amazon is thinking about opening a much more plausible dozen or so stores in the next year or two, not hundreds.

The "dozen or so stores" figures comes via Shelf Awareness, the newsletter that originally broke the news on Amazon Books last fall, and the NYTimes has a similar and independent report which says:

The Internet retailer plans to open more brick-and-mortar bookstores following the unveiling last year of one such location here in its hometown, according to a person briefed on the matter who spoke on the condition of anonymity to discuss confidential plans.

But the company’s plans for physical stores are modest, this person said, especially in comparison with reports of an expansion suggested by an unusual source, the chief of a large shopping mall operator.

The NYTimes did not share specifics or have any additional detail, however.

At this point we have three anonymous sources contradicting the word of one mall operator CEO who blabbed Amazon’s secrets during an earnings call.

Which do you believe?

Edit: Don’t believe the CEO; he’s retracted his remarks and said that his remarks were "not intended to represent the company’s plans."

I am still waiting for convincing evidence that the original source knew what he was talking about, but others aren’t so cautious.

Writing over at Vox, Matt Yglesias concluded that because Amazon is "driven by a relentless desire to conquer everything in its path, and brick-and-mortar retail is a thing", the retailer must be planning to open more stores.

The Vox piece is good for an eye roll or two. After first waving his hands at an explanation for the initial focus on bookstores, Yglesias then goes on to misunderstand what the mall bookstores could be used for:

A store can be a same-day delivery hub

The bigger, less irony-laden thing that Amazon is working on right now is same-day delivery for Amazon Prime members. Currently, same-day delivery is sporadically available — for some products, in some cities, some of the time. It feels kind of like magic when it works, but it’s not nearly predictable enough right now to be a real driver of business rather than an impressive occasional delight for custom.

Yeah, Amazon doesn’t need a chain of stores to serve as delivery hubs; warehouses would fill the need better than retail stores, and even in urban areas they would be cheaper, too.

Furthermore, you couldn’t carry enough stock in a store the size of Amazon Books to offer a diverse selection for delivery; at 5,500 sq ft, it just isn’t big enough.

The geography of same-day delivery depots, in other words, looks a lot like the geography of classic big-box stores. You wouldn’t have just one Borders serve an entire region. Instead, a given metro area would feature one or more downtown locations plus a bunch of mall spots in the surrounding suburbs. The goal was to ensure that nobody who bought books regularly was ever all that far from a Borders.

The problem with this is that in the DC metro area Amazon is serving same-day delivery from their existing warehouses. I live in suburbia about 40 miles outside of DC, and I can get thousands of products besides books delivered the same day (and so can the Maryland side of the DC metro area).

So no, stores aren’t required. Looking at how Amazon currently operates, retail stores would almost be redundant for that purpose.

How to Get Your eBooks for Free on the Kindle Fire 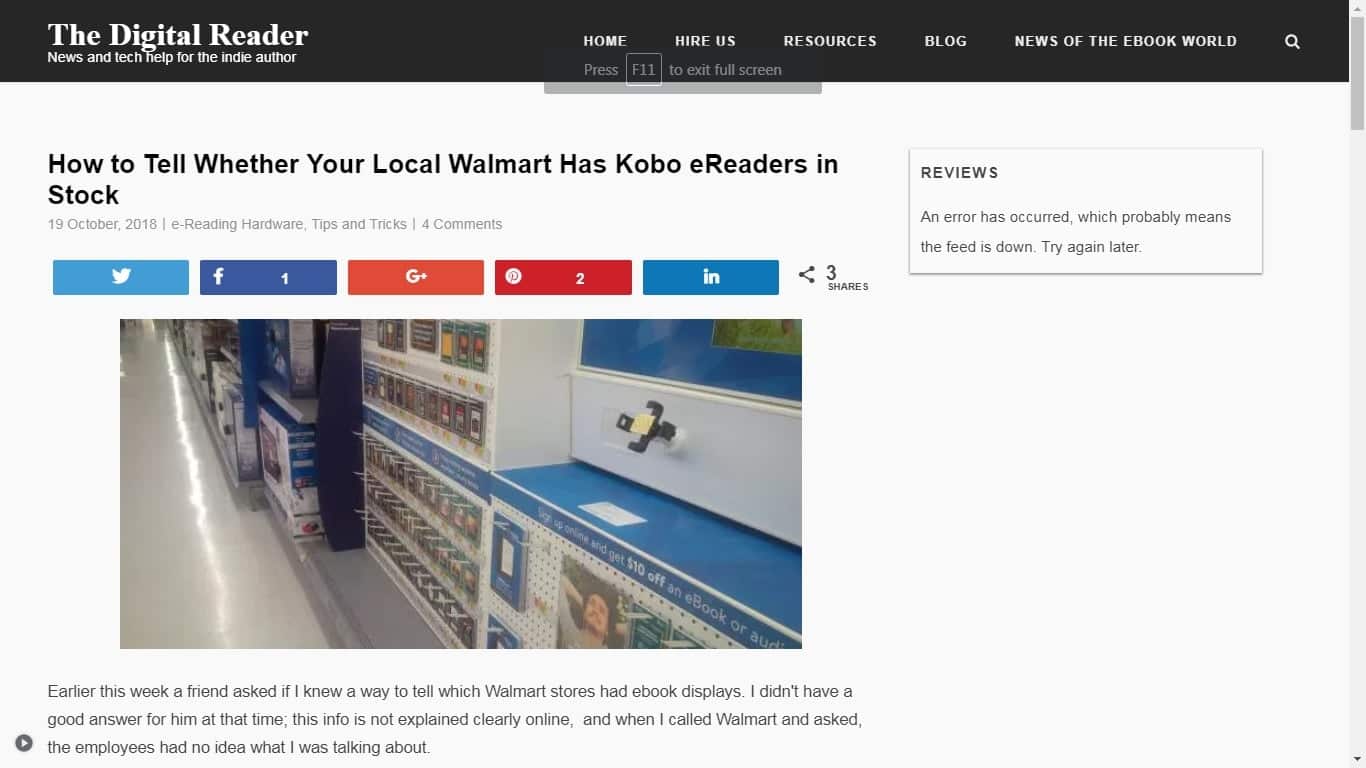 A couple dozen stores a year isn’t a bad pace.
Start cherry picking sites and pretty soon the gold plated gang is going to be

[…] reactions. I’ll capitalize on the great work Nate Hoffelder did rounding them up here and here, and take a look at the more interesting pieces to see what we can […]

[Update: Original Source Backpedals] WSJ Report: Amazon Plans To Bring Bookstores Back From The Dead With "Hundreds" Of Amazon-Branded Retail Locations In The US February 4, 2016 um 8:26 am

[…] was quickly denied by Amazon, and the source of the rumor (mall operator CEO Sandeep Mathrani) recanted less than 24 hours later, so you would think that the rumor was […]