Audiobooks Have Begun to Outsell Print (and Why) 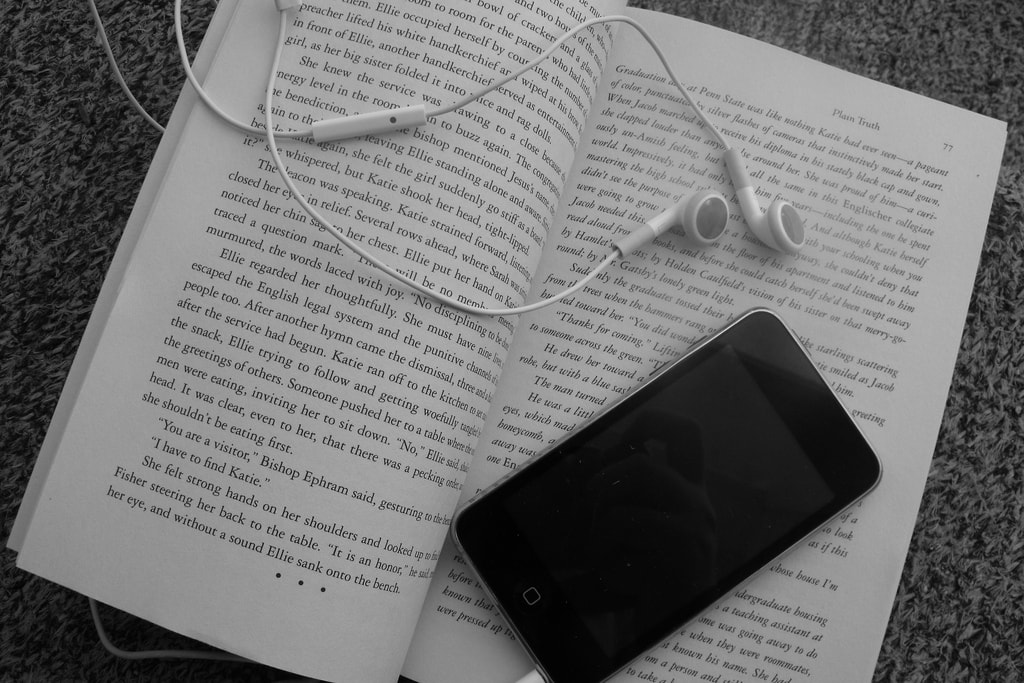 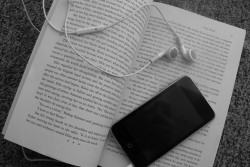 Marketwatch has a misleading article up today which claims that audiobooks are starting to outsell print.

Given that the AAP measures print book sales in billions of dollars each quarter and audiobook sales in tens of millions, that is rather hard to believe. But once we move past the clickbait headline we learn that some authors and publishers are reporting that a few titles audiobook versions which are outselling the related print editions.

Authors are perfecting techniques that boost audiobook sales, sometimes by writing with the audiobook narrator in mind:

When I called Audible, Amazon’s audiobook subsidiary, the company crunched the numbers and found examples of books in every imaginable genre that sell better as spoken than written words — sometimes four times as well. (Characteristically reticent Amazon declined to give exact sales figures across formats.)

Then I talked to Andrew Peterson. …

“The truth is that whenever I write, I imagine to myself how this will sound with Dick Hill reading it,” Peterson told me. “There’s just something about his voice — he’s truly a world-class narrator, and I knew it had to be him.”

Andrew Peterson was an audiobook fan, and he hired Dick Hill with his own funds when his publisher decided that it wasn’t willing to gamble on producing an audiobook for Peterson’s first novel.

The investment paid off.

As I move toward closing out my fiscal year with some 84 titles in print, I see eBooks (mostly Kindle) representing 42% of sales worldwide, print representing 32%, and audio representing 26%?—?with the trend over the five years of our business being steady growth in eBook and audio, and steady decline in paper as a percentage of gross sales.

And here’s a report from a narrator:

Amanda Ronconi, who narrated all of Molly Harper’s supernatural romance novels, also said she had been unaware that the audio was selling twice as well as the text — that is, until the author told her she was able to “quit my day job” because of audiobook sales.

In short, audiobook narrators are at long last becoming as well-known for their voices as singers (and yes, that is an apt comparison) or other orators.

Thanks to new tech, including the internet, we’re seeing a shift in how books are being consumed, according to Donald Katz, Audible’s CEO. “This is a completely different phenomenon — a cultural and, frankly, aesthetic change in people’s habits,” Katz said.

This might not be the "audiobooks have begun to outsell print" story that Marketwatch clickbaited us into reading, but it does give us another handle on Audible’s decision to expand into more complex audiobook productions, and why this Amazon sub is publishing original works.

It’s one of the signs that audio is making a revival some decades after television killed elaborate radio show productions in favor of the more visual medium. And that’s not a stretch; surely I’m not the only one who sees the connection between a a ’40s radio serial, and the elaborate audiobook production for the graphic novel Locke and Key?

That work featured the voices of Stephen King, Haley Joel Osment, Tatiana Maslany, and Kate Mulgrew, to name just a few stars. It’s a concentration of talent that, ten years ago, was rarely gathered anywhere other than in front of a camera (or, if you’re lucky, on stage).

And now they’re collaborating on audiobooks. And that, folks, is the bigger story than audiobooks sometimes outselling print, because it takes back to the point that Peterson made above: that audio can outsel print when audio is treated as its original format and not produced as an after thought.

I think we’ve already seen encountered that situation with ebooks, and it’s interesting to see that the same is true for audio.

My husband and eldest son drive for a living and love being able to listen to audiobooks on the job. My youngest has a long commute, same thing. They’re also great for road trips.

Not unikely. Even plausible. And not just anecdotally.

After all, they are only comparing audio to print. If ebooks siphon off most of the text buyers of a given book (and romance is among several categories that has gone ebook-heavy), whatever print buyers remain could easily be less than audio buyers.

A 55-25-20 split between ebook, audio, and print is hardly inconceivable for books with audio editions.

Oh thank you, I love Dick Hill’s narration, so I’ve added Andrew Peterson to my WL!

One of your morning coffee links is to a small publisher that says their mix is a 46-32-26 ebook, print and audio with the trend over the five years they’ve been in existence steady growth in eBook and audio, and steady decline in paper as a percentage of gross sales.

I always think units might be a better way to measure these trends but I’m not them.

Whoops, I forgot that I had that data. Thanks for pointing it out.

A good narrator can pull me back into a book that I couldn’t get into in text. Unfortunately, I can sometimes hear a 'bad' one ever after and be unable to ever get it out of my head.

There are some narrator/author marriages made in heaven: Lisette Lecat for the #1 Ladies Detective Agency, Will Patton for James Lee Burke’s Dave Robicheaux, Davina Porter for the Outlander series, and Simon Prebble for Alexander McCall Smith’s Corduroy Mansions stories. For these and some others, listening to the books is even more wonderful than reading them.

[…] Audiobooks Continue to Gain (Digital Reader) In short, audiobook narrators are at long last becoming as well-known for their voices as singers (and yes, that is an apt comparison) or other orators. Thanks to new tech, including the Internet, we’re seeing a shift in how books are being consumed, according to Donald Katz, Audible’s CEO. “This is a completely different phenomenon—a cultural and, frankly, aesthetic change in people’s habits,” Katz said. […]

1. Well-paid but busy people who can afford Audible’s high prices. Audiobooks allow them to use time that would otherwise be lost.

2. Less affluent people, including many parents of small kids, who want to read more, also don’t have the time for it, and turn to less expensive or free sources of audiobooks such as Librivox or the Classic Tales podcast.

My hunch is that other factors are also driving this shift. First, podcasts have familiarized people with listening to speech on the go. Second, as the article notes there’s little competition from radio. On-the-air drama disappeared in the 1950s. People are starting to feel the need to fill that gap. Television can’t do that because it requires you to sit down and watch. Besides, much of it has become inane as networks have plunged downward, looking for the lowest common denominator.

The third reason is perhaps the most important. In the past, someone who wanted to listen to audiobooks on the go needed to carry a special and bulky gadget with them—either a cassette or CD player. That’s how I listened to audiobooks not too many years ago. Now they can use their always-with-them smartphone. It’s merely taken a few years for them to discover that additional use for it. They’re not going to "undiscover" that, so the future of audiobooks looks good.

Kobo Partners With ListenUp to Give Authors a Discount on Audiobook Production | The Digital Reader January 30, 2016 um 12:27 am

[…] Under the Kobo deal, authors will pay $350 per production hour, and receive a pro quality audiobook (and all the rights). That's expensive, yes, and it could easily exceed what indie authors are used to paying for ebook production. But as some authors have learned, a well-made audiobook with the right narrator can outsell the print edition. […]

[…] wrote that some audiobooks are selling more copies than their print counterparts, and according to The Digital Reader, “audio can outsell print when audio is treated as its original format and not produced as […]

[…] wrote that some audiobooks are selling more copies than their print counterparts, and according to The Digital Reader, ‘audio can outsell print when audio is treated as its original format and not produced as an […]