Qualcomm decided to start CES off with a bang. They’ve just announced a second partner with a second Mirasol ereader. It’s the Bambook Sunflower, and it looks to be using the same basic hardware as the Kyobo Mirasol eReader that I reviewed a couple weeks back.

This device is built around a 5.7″ Mirasol screen, and it runs a custom reading app on top of Android v2.3.  This ereader is Qualcomm all the way down to the 1GHz SnapDragon CPU. (Well, that answers one question; this hardware is clearly a reference design originally developed by Qualcomm. That’s what I had guesses when the Kyobo was first announced.)

Qualcomm’s partner in this case is Shanda, an up and coming media company in mainland China. Besides ebooks, Shanda also publishes games, music, TV, video, and it even runs a number of online communities. Shanda has been selling ebooks since 2010, and they launched their own ereader, the Bambook, in August of 2010. They have the second largest share of the Chinese ereader market (around 13%). But that market is estimated to only be around a million and a half units a year, so that’s not all that much. Shanda also has a sizeable ebookstore, and they boast that they have a million titles in stock.

I don’t know yet what formats the Bambook Sunflower supports, but there are hints of multimedia abilities (but no mention of Epub or PDF). There’s also no mention of how locked down the Sunflower will be, and that is going to eat away at me until I can find out.

The Sunflower is not going to ship until February, but it is up for pre-order now. Retail will be 2999 yuan, or about $475 USD.

As pleased as I am that Qualcomm announced a new partner, I’m also going to guess that they’re still having production issues. This is an incredibly expensive ereader, and I suspect that the price is high in order to reduce demand. There are any number of sub $100 ebook readers and tablets in the Chinese market, and the Bambook Sunflower costs as much as an iPad.

Since I already have a Kyobo Mirasol eReader, I’m going to try to get a firmware update for the Bambook Sunflower. I’ll post a review if and when I succeed. 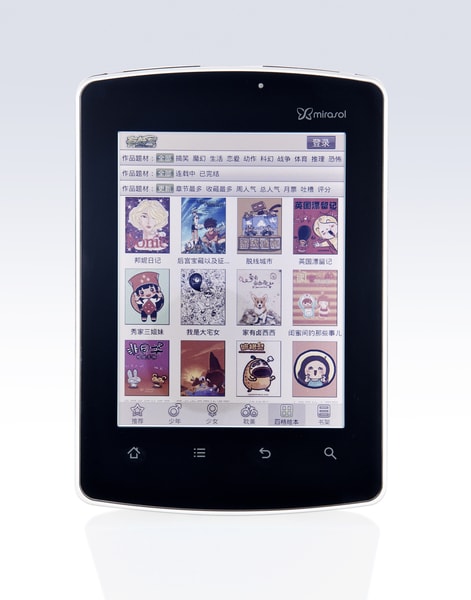 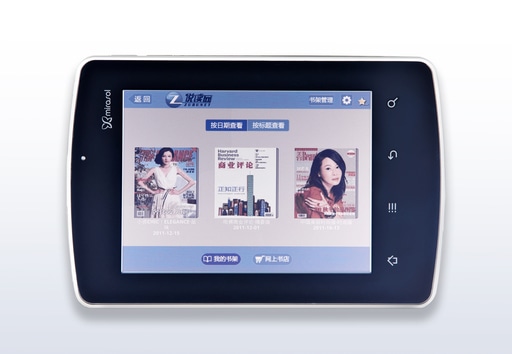 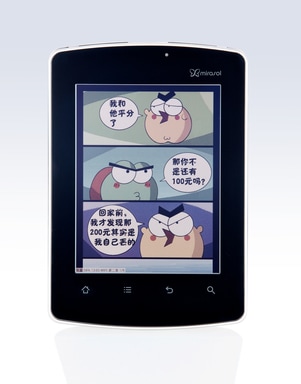 Here’s hoping one of these two devices eventually gets a firmware upgrade that actually makes it usable.

Shanda Bambook Sunflower is as Locked Down as the Kyobo eReader – The Digital Reader January 10, 2012 um 2:24 am

[…] in the booth and a couple Bambook Sunflower units on display. Qualcomm just announced the Sunflower this morning, and I wasn’t expecting to see it until CES officially […]

The Mirasol technology is ingeneous & looks great, but at $475 it’s outrageously expensive…and a 5.7″ display is just not big enough to make this a worthy magazine reader.