Blinkist Launches iPad App, Wants to Give You the Gist of Books in 15 Minutes or Less

missed Blinkist’s subscription service when it launched in January, but this firm crossed my desk again today with the launch of their iPad app.

Blinkist offers a service that provides readers with summaries of books and and other long texts. Working from an idea similar to QuickReads, Blinkist serves up summaries that are intended to be read in 15 minutes or less. 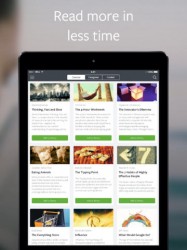 If this sounds rather like paying for Wikipedia, that was my first thought as well. But Blinkist is working to set itself above Wikipedia by hiring experts to summarize the articles. While one of Wikipedia’s greatest features is that anyone can edit, it’s also Wikipedia’s weakness.  Of course, Blinkist’s curated approach comes at a cost; the service only offers a few hundred summaries, and is adding about 3 dozen new ones each month.

The topics range from Popular Science and Business & Career, to Entrepreneurship and Health & Happiness. This includes Richard Dawkins’ The Greatest Show on Earth, Barack Obama’s The Audacity of Hope, and the 2005 classic Freakonomics.

Blinkist reports that they’ve tripled the number of readers since January and increased their revenue. They’re also planning to release an Android app. 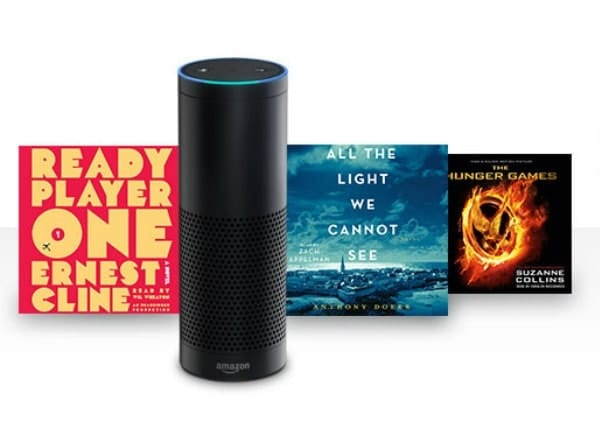 Alexa Can Now Manage (Some of) Your Audible and Kindle Content

[…] you get the gist of a topic in 15 minutes or less. I first brought you news of Blinkist back in March, when the firm launched its iPad app, and it came across my desk again today with the news that it […]