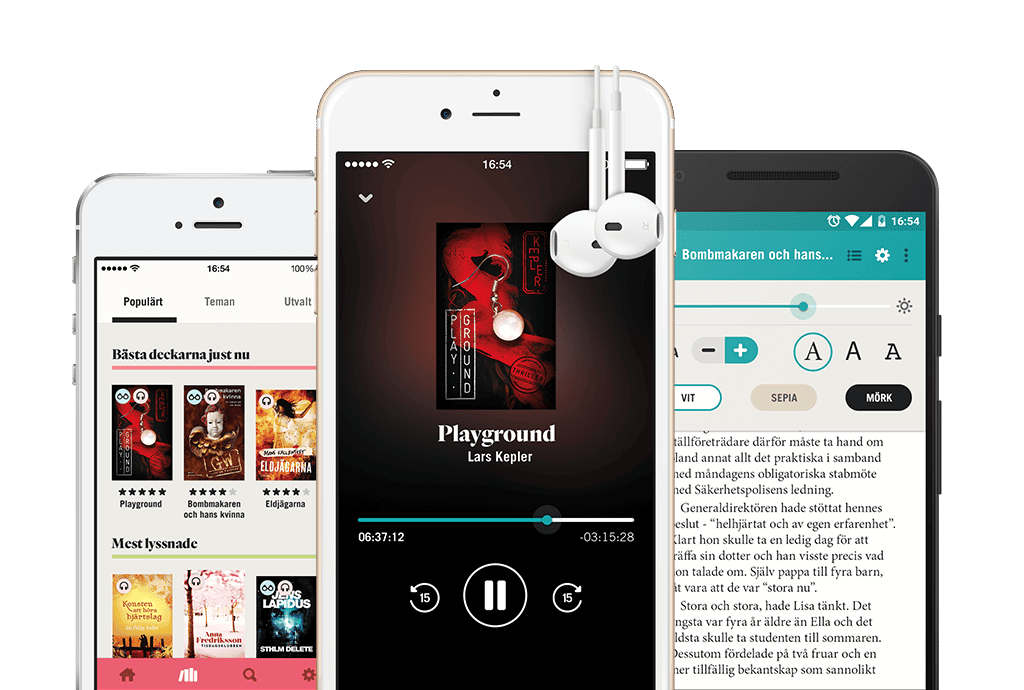 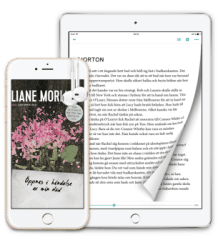 Bonnier is now inviting readers in Sweden to sign up for its ebook subscription service, Bookbeat.

Announced in October 2015, Bookbeat offers Swedish readers access to a catalog of ebooks and audiobooks for 169 krona (about $20 USD) per month, with the first month free. The catalog is drawn primarily  (entirely?) from Bonnier’s catalog, but also includes international best-sellers such as a translated  version of Stephen King’s The Shining.

The ebooks and audiobooks can be consumed in Bookbeat’s app for iPad and iPhone.

Edit: Or the Android app (this did not show up in my initial search, but Niclas Sandin pointed me to it. Thanks, Niclas!)

And for that matter, the iPad app is also a work in progress. As you can see from the following screenshot, it has an orientation problem: 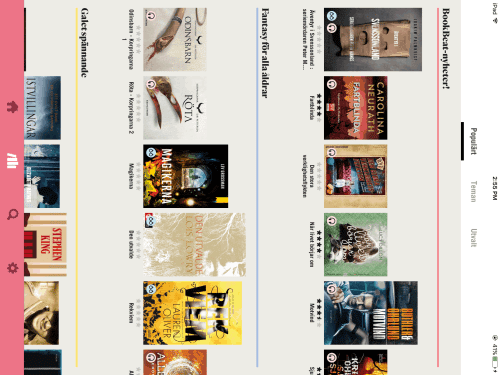 And yes, the app is in Swedish, but that was to be expected from the price, the pitch email I received, and the official announcement from October, which said that the ebooks would mostly be in Swedish.

Today’s launch comes in the wake of Scribd’s announcement that it was scaling back its "unlimited" ebook service, and limiting its subscribers to only three ebooks and one audiobook per month. Some might think that the smarter move would be to shut down Bookbeat, but Bonnier sees things differently.

Bookbeat CEO Niclas Sandin thinks there’s room for expansion in the Swedish ebook market. "Bonnier has seen how the market for digital books has grown," he said. "Our primary target group are those who haven’t yet read an e-book or listened to an audiobook, or that they don’t have the time to read."

As a wholly owned subsidiary of Sweden’s largest publisher, Bookbeat does have an advantage over Scribd.Its parent company has no interest in bleeding it dry. On the other hand, there’s also no guarantee that Bonnier will keep Bookbeat operational if it proves to hurt Bonnier’s other operations.

We’ve seen a similar situation with Hulu, and the tv networks and cable companies that own it. That service never lived up to its potential because its owners wouldn’t let it disrupt their existing business.

Will Bonnier make the same decision?

I don’t know, but it is worth watching. 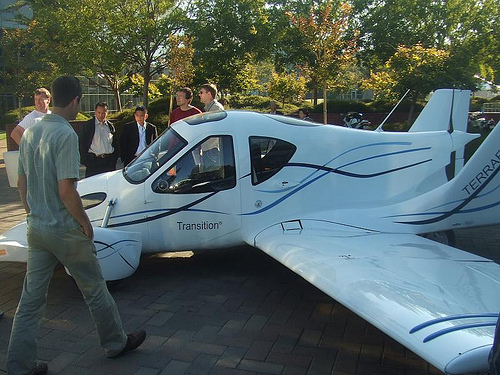 Poynter Laments About the "Unfulfilled Promise of eBooks", But Misses the Point

I don’t understand why one of their target groups can be people who "don’t have the time to read." If a reader doesn’t have the time, they won’t pay the $20 to subscribe.

Great that you have found the app Nate. We will make sure to add some English titles in it so that there is actually some content for you to listen to.

As we have only launched in Sweden and in Swedish I will make some clarifications in English here in the comment section:

– The first android version has already been developed and released at the same time as the iOS-version for both smartphones and tablets.
– As for your other concern about the sustainabality of the business model. The first version of BookBeat is actually mainly an audiobook-service where we have added e-books to test and develop that format in this model. When it comes to audio we already know that the subscription model works both for publishers and retail-services here in Sweden. This is mainly because of the higher pricepoint which lets us pay publishers more for great content which attracts more loyal consumers to the service.

With that being said. Keep watching us, we are only getting started.

Ps. In response to "R"s comment. What we mean is that it is easier to find time for books during the day if you listen to them while doing other things or always have them one click away in your smartphone.

Can you point me to the Android app? I couldn’t find it.

As for the details about the app being in Swedish, that was not intended to be critical. I just wanted to make sure that English readers didn’t sign up with the expectation that they would be able to use the app in English.

Of course Nate. Here you are: https://play.google.com/store/apps/details?id=com.bookbeat.android

I understand. Hopefully we will soon have a version of the app for them sign up to as well.

Thanks, Niclas. I did look for the app, but that did not turn up in the results.