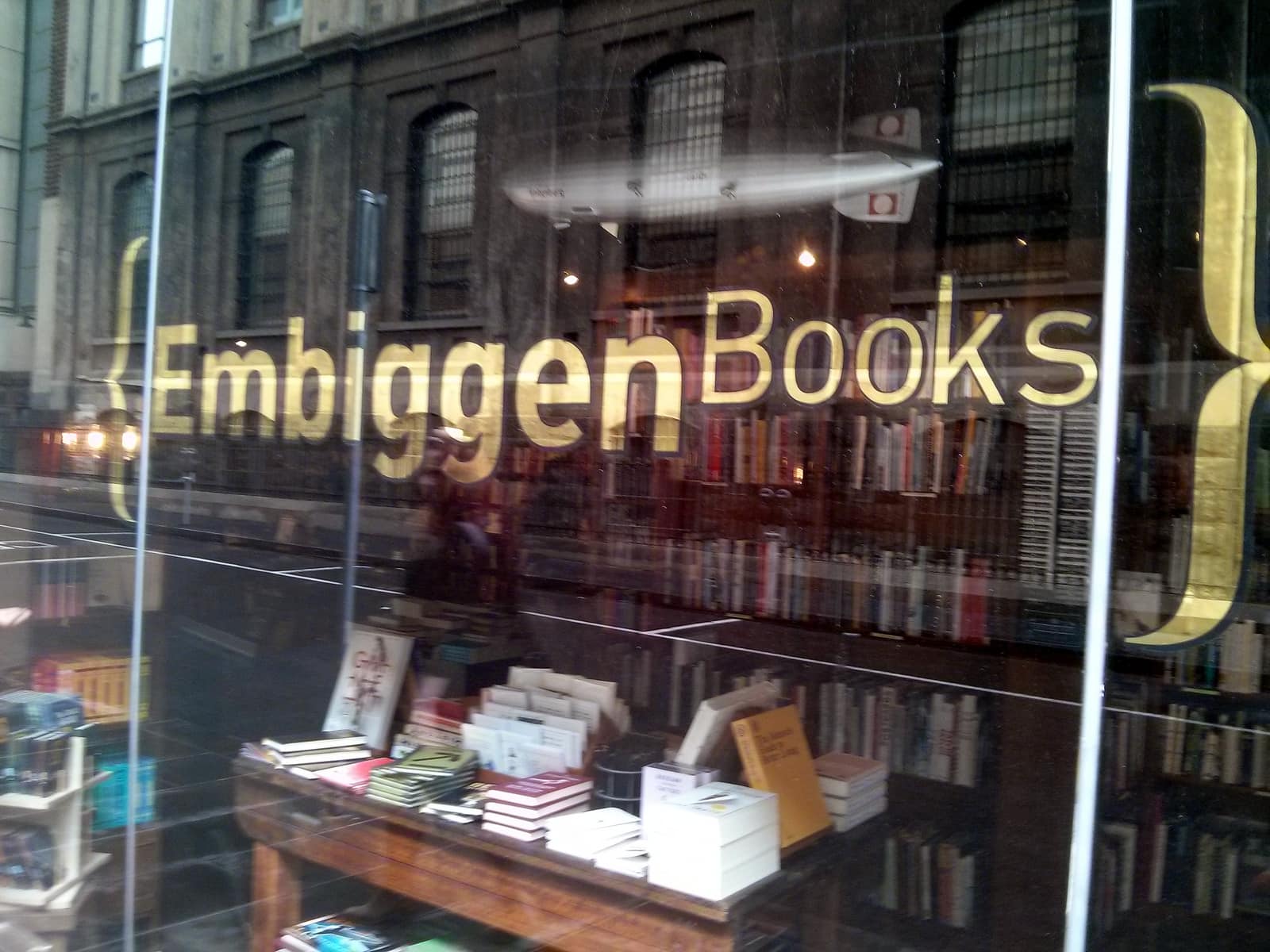 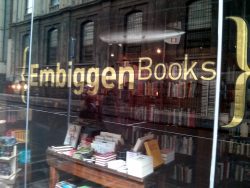 When it comes to Shelfie’s ebook/print bundles, it’s pretty clear how consumers and publishers benefit; one gets a discount on their digital purchase, and the other gets a reader’s email address (marketing opportunities).

But there’s one question no one seems to be asking: how do bookstores benefit?

I was reminded of that question this morning when Shelfie announced that it had accomplished something its competitor, BookShout, had pulled off in August 2014 (and Shelfie accomplished in Canada the month before that).

Shelfie has formed a partnership with indie bookseller Harvard Book Store to promote Shelfie’s print/ebook bundles in its store in Harvard Square. Customers who buy one of the promoted Houghton Mifflin Harcourt titles from the bookstore will be able to use the Shelfie app on their mobile device to download an ebook or audiobook version of the print book they just bought.

The process essentially works the same as if the consumer had bought the same book new or used at any other retailer; they have to personalize the copyright page, take a photo with the Shelfie app, and then pay between nothing and $3 to get the ebook (the audiobooks cost more).

Shelfie is a four-year-old startup (they used to be called BitLit) so this is all old news, but it does lead me to a good question:

What’s in it for the bookseller? Why would they want to bother with promoting an ebook bundle where they’re not selling the ebook?

According to Peter Hudson, co-founder of Shelfie, promoting the print/ebook bundle nearly  doubled sales. "For the bookseller the upside is that the print book now has more value to the buyer, so for them putting our sticker on the book increases the perceived value of the paper copy," he told me by email. "In tests we’ve run previously we saw the print sales were lifted 180%."

Edit: There was a slight misunderstanding on the math. Hudson meant that sales were up 80% or that there were 1.8 times as many sales as before.

In a time where indie booksellers and B&N are trying everything from selling pasta and 3d printers to opening a hybrid bookstore/bar, Shelfie offers the promise of making bookselling  nearly twice as remunerative as before.

There are a couple catches, though.

The first catch is that this idea has not been tried across the entire stock in a given store; it’s only been tried as small pilots consisting of a handful of titles. Maximum impact would require marking all eligible titles with sales stickers which mention the bundle offer, and that would require close integration between Shelfie and the bookstore’s retail platform (or the kind of integration which would follow a distributor like Ingram buying Shelfie – hint, hint).

But even with that integration, there’s still the problem of Shelfie’s limited catalog. To date, Shelfie has added 1,300 publishers to its stable, but that includes only three of the big five: HarperCollins, Hachette, and Macmillan.

Is that enough to really have an impact?

Ha, Embiggen Books is my favourite store in Melbourne

As soon as I saw the name, I had to use the photo!

On the bright side, it wouldn’t exactly be hard for the bookstores to find out which books are eligible. They’d just have to spend a little time snapping photos of their bookshelves and let the app tell them—that’s what it’s for. After that, it wouldn’t be that much harder than slapping price labels on them. Just make a little "Shelfie Me!" sticker and put it on each eligible spine—they wouldn’t even have to take the book off the shelf to do it.

[…] across the United States, while Shelfie had noted that physical and digital bundles could nearly doubled sales at bookstores in some instances. Its software should be able to help give Kobo a way to better personalize reader […]