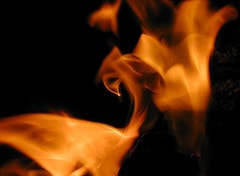 Ever since ebooks first appeared there has been an ongoing debate over how to best take advantage of the digital form. Ebooks can of course do things that are impossible for their paper brethren, but on the other hand, do all the extra gewgaws add to the reading experience?

This past week I came across a couple articles on this topic, both for and against.  Rather than take a position, I’m going to quote key excerpts from the articles so they can inspire your thoughts bout the issue.

The first is from ComputerWorld.  In this article Mark Gibbs argues that the ebook market won’t take off until ebooks can offer more than  paper book. The problem with this is that we already have enhanced ebooks. The market has spoken and people prefer books that are like the ones they are already reading.

The big problem was that the content takes absolutely no advantage of the digital format. For example, there are quite a few tables that use text that is too small to read and that can’t be enlarged even by the usual iPad "zoom in" gesture. In other words, the platform is more or less ignored so what you have is a rough analog that is actually less useful than the physical book would be.

This is typical of many so-called e-books because, in common with the baby’s magazine experience, these publications, despite being called "e-books" and being displayed on devices such as iPads, simply don’t work well. As and when publishers understand this and start to produce something that does deliver value, I’ll bet e-book sales will really take off. Of course they won’t actually be e-books any more, they’ll really be apps.

The other article comes from Salon. Laura Miller examines a number of enhanced ebooks and looks at what works and doesn’t work. Here’s where she ended up:

Attempts to invigorate books with video and other digital bells and whistles keep bumping up against this fundamental problem: You can’t really pay much attention to anything else while you’re reading, so in order to play with any of these new features, you have to stop reading. If you’re enjoying what you’re reading, then the attentional tug of all these peripheral doodads is vaguely annoying, and if you’re not engaged by the story, they aren’t enough on their own to win you over.

Publishers are desperately trying to "shiny" up ebooks with video, audio, motion, etc…and the fact is, when you do that, they are no longer "books." They become apps.

There is nothing wrong with an app if that’s what you want.

But books are things where people are used to deep concentration and immersion, to submerge yourself utterly into the subject at hand. And all of these extras detract from that experience. Readers have made and continue to make it clear that these are things they DO. NOT. WANT.

Ebooks, however, will continue to grow as a natural result of the collapse of the paper book industry. As bookstores carry less inventory, bookstores close leaving readers only with WalMart, Costco and Target for selection, and readers discover more and more of the Long Tail books that retailers will not stock in phyiscal stores due to limited demand, readers will naturally migrate more and more of their purchasing choices to ebooks. Ebooks will most likely come to dominate the industry simply because the only place to buy books and have a decent selection for many is online.

As it is, I live in a rural area where the only place to buy books without a two-hour drive to Burlington, VT is the incredibly sparse, shallow selection at my local Wal-Mart — great if you want to read Sarah Palin, Glenn Beck and the Left Behind series, not so much if you want to read something with any redeeming value.

The proliferation of add-ons for ebooks is like suggesting that the "problem" with going to the movies is that "it’s just a movie" and there aren’t enough clowns and jugglers and fire-eaters wandering the aisles while the movie is playing.

Um, that last sentence of your opening paragraph may need an edit. 🙂

The primary quote of this post regarding the inability to zoom in on large images and tables to easily read content is not part of the Apps vs. eBooks fight unless you assume that eBook reading software is never going to get better so authors should "go rogue". (But chances are slim that you can do better.)

Related, but aside to this article, it is really sad that 21 years after Microsoft started pushing eBooks and 10 years after the party really started that we continue to struggle with basic concepts like table-of-contents, making images and tables easy to view, and use of fixed-size elements in reflowable, resizable content. I realize that most books get a slide because they are basic text. I realize that sales centralization stifles progress in the application space. I realize that the characteristics of the market have largely prevented software evolution.

But it blows my mind that we are so far along this road and it took until 2011 to get the eBook reading equivalent of Windows Vista.

I’ve always argued that we are in the "MySpace/GeoCities" era of eBooks in which busy, unreadable eBooks are being produced. This is because production people believe that if a feature exists they should use it, and management believes that they have to be more interactive than the competition. Pretty much the same problems as we see with powerpoint:
http://www.wired.com/wired/archive/11.09/ppt2.html

This is the formula for a huge amount of awful, unreadable eBooks/Apps. Just like all the awful unreadable CD-Rom magazines of the early ’90s.

On the other hand there are occasions where augmented content is a godsend, because static content is lacking. My default example is explaining how to tie knots, or assembly instructions. Dense visualisations are another example. But we need a second coming of Edward Tufte before we really get a good interactive eBook style.

In the meantime I recommend Wikipedia as a good example of multimedia done right. Using pictures video and a bit of interactivity to illustrate what isn’t obvious from text. This is coupled with good linking to allow you to get context.

Bill Smith may not want anything but text in the books he reads, but he doesn’t speak for me, and he doesn’t speak for everyone. Some people like illustrated picture books, cookbooks with photos of the food, and geometry textbooks with illustrations of geometric constructions. Similarly, some people will like dance texts with video clips showing the various moves, anthropology texts with interactive 3D models of skulls, and books on the history of music with audio snippets of the music in question. Video, 3D models, and audio weren’t included before because they couldn’t be included before.

There will be experimentation, and some of the early "enhanced ebooks" will be (and are) awful, but that’s how these things go. Early TV and early radio were also dismal.

As monopole mentions, we already see multimedia on the Web. Ebooks have an extra nice feature: people will buy them.

(Apps can do more than ebooks, because apps are general-purpose software that can do anything the underlying hardware and operating system allows. Ebooks can only do what ebook-reading software knows how to do.)

I agree with Troy that apps work better for image-based works. MoMA has a nice app for their Abstract Expressionist exhibit; the app is called Ab Ex NY, and it’s basically an exhibition catalog in app form:

And I’ve read that some cookbook apps are quite good as well (but I didn’t want to buy them so I haven’t tried them out). But for a novel, illustrations/maps are really the limit. I don’t want to be distracted by videos, or, God forbid, soundtracks, or some other garbage that someone think is jazzy. I just want to read the book.

Yes, but video and Javascript are flashier, and therefore get more attention, than a working multi-level table-of-contents with "useful" page numbers, indexed figures and charts, and readable images.

Why discuss clean font rendering when you could be pulling in the rest of the world’s sticky notes to read alongside your current potboiler?

Do a search on Google for enhanced ebooks and you will find that there’s a divergence of opinion on them. The main critique falls into three areas.

The first opinion states that enhanced ebooks with embedded video, sound and graphics, takes away from the enjoyment of the book because the enhanced ebook intrudes on the reader’s ability to imagine the story in his mind. The very popular Harry Potter books loved by children are used as a prime example.

This opinion states that any attempt to add greater dimensions to the Harry Potter story telling like the movies takes away from the imagination of the children. But that’s a false argument.

Sure, when a child reads a Harry Potter book, he or she congers up a vivid picture in their mind of the characters and environment in the book. Those critics hold that the movies made from those books somehow take away from that imagination process.

But if that were true, how do you account for the hundreds of millions of dollars each book in the series has generated as a movie? And most of the audience for these movies are the children that read the Harry Potter book.  The children enjoyed both versions of the story telling and it did little to take way their imagination of the story.

Of course, the professional handling of the book material by the movie studio did the story justice. As in anything creative – it has be done well.

The second critique of enhanced ebooks comes from those that say the imbedded multimedia and extended material interrupts the reading experience. They claim, rightfully so, that the embedded video, audio and links to the Internet within the text interrupts the reading of the book. But if one places the 'whistles and bells' out side of the flow of text, in lets say in the margin, and can be turned off at will, this  marginalia can add to the ebook’s use.

The third critique has nothing to do with the reading experience. It has to do with economics — the cost of producing enhanced ebooks. This is a valid critique. It does cost more to produce an enhanced book. Thus the retail cost of the ebook is higher than the traditional ebook.

But a solution to that. Make the enhanced book apps  FREE by having ads in the app just like for any other app we today. The advertising supported ebook app  pays for the production of the ebook.

For an example of this type enhanced ebook, download a free enhanced digital ebook app at

Everyone likes picture books, and color. Sure. But I can’t stand it when things on or near what I’m reading start to move. (Like advertisements in browsers, for example.) If an e-book has video in it, I would hope that it stays still and static until I ask it to play and start moving. Otherwise, forget it. The thing I most hate about the web is the blinky advertisements. 🙁