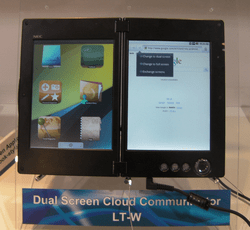 NEC had a pair of new tablet devices at CES this year. There was one with a single screen and another with 2 screens. Really the only difference was that dual screen unit had a second screen attached; all the ports, slots, and buttons were the same on both devices.

There’s no word yet on price or release date, but they did say that it would appear in Japan first. NEC are looking for partners and developers and there’s an SDK for developing apps that use both screens.

This tablet is based on a Cortex A8 CPU (they couldn’t tell me the speed) and it has Wifi, Bluetooth, a SD card slot, speaker, camera, GPS, accelerometer, a stylus, and USB Host. It has a resistive touchscreen and the screen resolution is 800×600.

The really cool part about this tablet is that you can have 2 apps open at once, one on each screen. You can also move some apps between the screen or have the app use both. 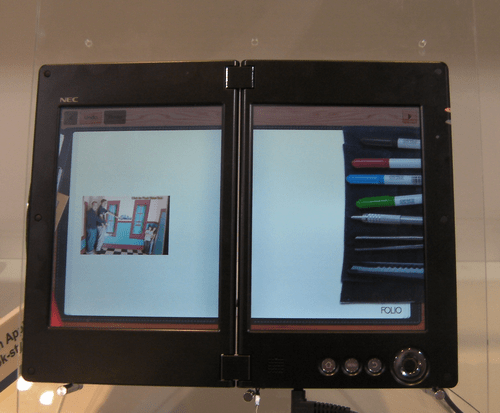 I liked it. If they get the price low enough and get developers to support it then this could be a really great device. 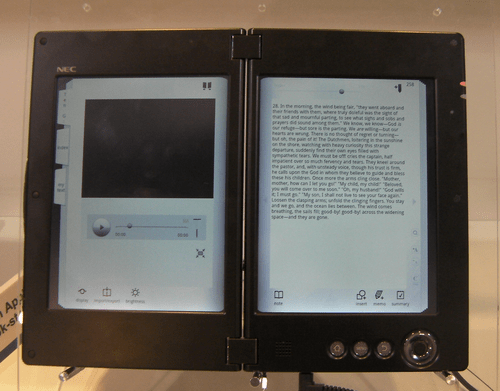 iFixit Tears Down the Kindle Fire HDX, Finds a Tablet Inside